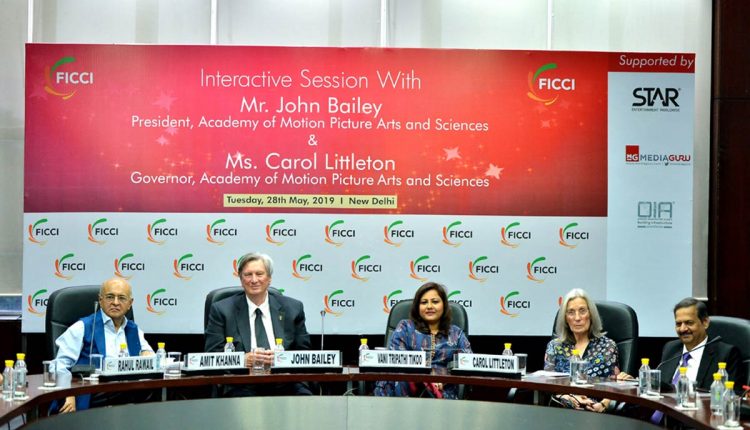 John Bailey, President of Academy of Motion Picture Arts and Sciences, said the Indian film industry is one of the biggest in the world and should increase its presence internationally and at the Academy.Speaking at the Interactive Session with Stakeholders of Media and Entertainment Industry organized by FICCI recently, Mr Bailey said, “India is a land of storytellers. I appreciate the enthusiasm of Indian film industry. I would like to see more members from India at theAcademy.” Mr Bailey¸ who was on a visit to India with wife Ms Carol Littleton, also Governor at the Oscar Academy, applauded the large number of movies produced in India.  “My understanding is that 1,800 movies in a year is produced in India, which is more than four times the number that we make in the United States. It’s important that there should be more representation of Indian cinema abroad,” he said.

On popularity of Indian films at the Oscars, Mr Bailey said, “Indian cinema is not that well known to Hollywood-based Academy members as much as French, English, Italian or, basically, western cinema is.” He said limited distribution and exposure of Indian cinema in the US was the key reason.“I understand thatIndian cinema is doing very well in China and other countries, so it’s also up to the Indian industry to increase its efforts in the US,” Bailey said.The Academy and film institutes around the world are encouraging and supporting diversity without compromising on the artistic values in films, he added. Vani Tripathi Tikoo, Member, Central Broad of Film Certification said, “Indian film industry has been recognized as the largest producer of content and every corner of the country has diverse stories in different languages that complete the picture.” 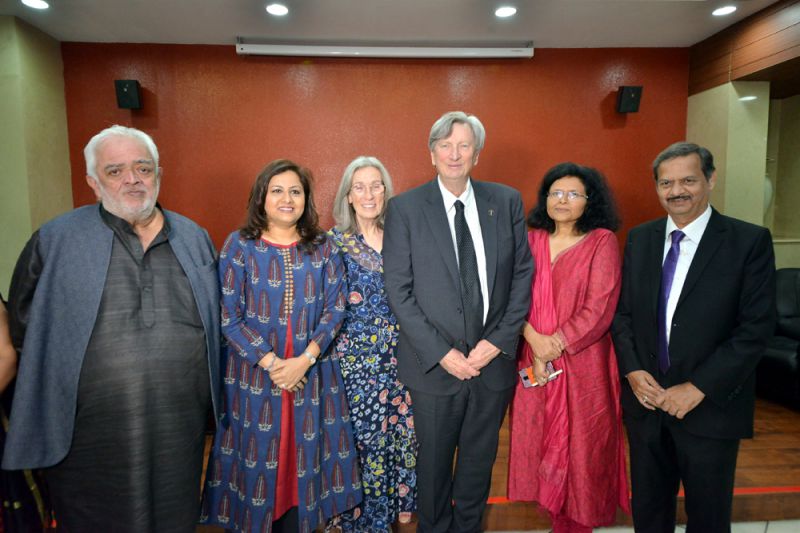 Amit Khanna, renowned lyricist and filmmaker, said, “The fault lies within the industry. We are not promoting Indian movies in the international market. There is no restriction in applying for any international festivals. These festivals help the movies get due recognition at the global circuit.”Rahul Rawail, acclaimed filmmaker, appreciated the efforts of the Academy and requested Mr Bailey to send experts for Master Classes for the Golden Jubilee edition of IFFI which will be organized at Goa in November 2019.

VIVAAN DISCOVERS SHOCKING TRUTH ABOUT HIS EXISTENCE IN BAALVEER RETURNS

CATCH THE INDIAN TELEVISION PREMIERE OF PSYCHOTIC THRILLER ‘THE LODGE’ ON &FLIX,…