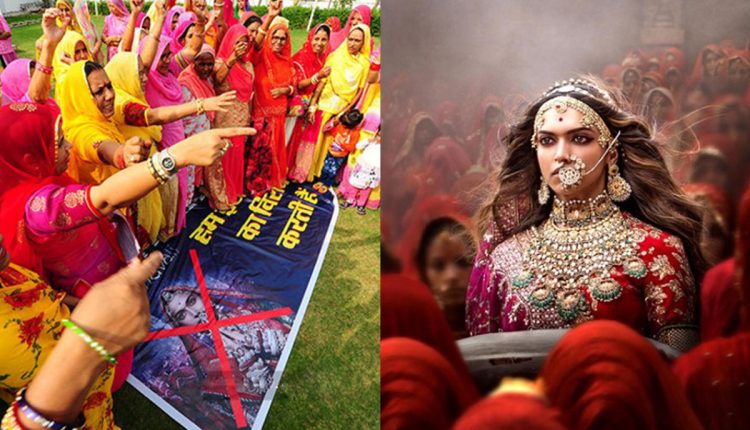 Apart from Rajasthan, the fire of protest against SLB’s upcoming film Padmavati is rapidly spreading in other parts of the country now!

The film Padmavati has found itself surrounded by controversies ever since Bhansali began shooting for the film. Now, many other religious groups along with Karni Sena hold protests against the film.

On Tuesday the protest turned violent, as members of the Karni Sena vandalised a theater of Akash Mall in Kota where Padmavati trailer was being played. The protesters intruded into the mall from the back door and broke the ticket window and glass gates of the theater. The police have arrested eight people for the incident.

Here is the video shared by a Facebook user

This is not the first time Karni Sena members are being violent to protest against the film. Earlier also they protested, manhandled and misbehaved with the crew of ‘Padmavati‘ claiming that Bhansali was distorting historical facts in the movie. In March as well, some protesters broke the mirrors in Padmini Mahal (palace) in Chittorgarh Fort where Alauddin Khilji is believed to have seen Rani Padmavati.

According to a member of Karni Sena, “They are trying to defame Padmavati by distorting historical facts. It is not acceptable.”

If oly we knew wat to protest against! Fringe groups demand ban against #Padmavati. Protests in bangalore against @deepikapadukone starrer pic.twitter.com/Xd4byrLs08

On the other hand, director Sanjay Leela Bhansali had released a video in which he is seen clarifying that Padmavati has no derogatory scene or distortion of facts.

Meanwhile, Padmavati is all set to hit theaters on 1 December and stars Padukone, Ranveer Singh and Shahid Kapoor in lead roles.