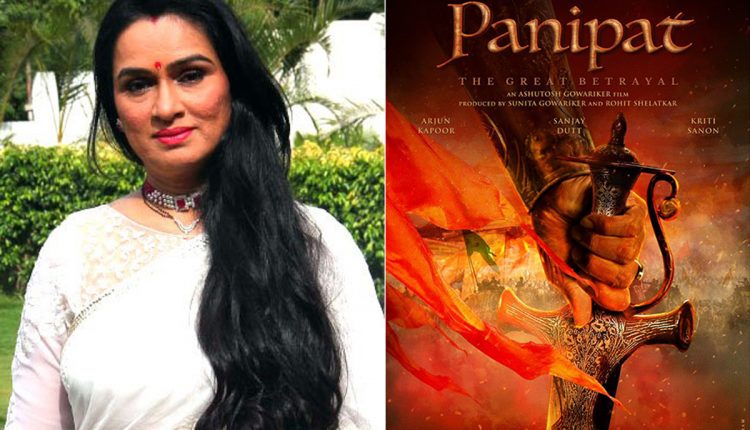 By Team Bollyy On Oct 9, 2018
0 326
Share
The creators of the hotly-anticipated historical period drama – Panipat, are leaving no stones unturned to bring to the screen an important chapter of the Maratha history. Right from building majestic sets, hiring the best technical team to casting the best talents from the industry, every tiny detail is taken care of to ensure that the audience gets a one of its kind cinematic experience.
After roping in actors like Sanjay Dutt, Arjun Kapoor, Kriti Sanon, Mohnish Bahl, the maverick director Ashutosh Gowariker has now added another fantastic actress to his stellar casting. Ashutosh has signed versatile actress Padmini Kolhapure as Gopika Bai in Panipat.
Gopika Bai was the daughter of Bhikaji Naik Raste of Wai and was married to Nana Saheb Peshwa. Gopika Bai’s childhood was consumed by the observance of religious fasting and rituals. On becoming Nana Saheb’s wife, her extreme self-interest to secure her family position played was both her strength and weakness. She wanted to ensure that her son Vishwas Rao becomes the next Peshwa.
Speaking about the new addition to the cast of Panipat, producer Sunita Gowariker said, “I feel excited that Padmini has joined this cast. She is not only a dear friend but also a very good actress. She is just perfect for the role.
Panipat is based on the Third Battle of Panipat, which is one of the most epic battles in the history of India that took place on 14 January 1761 at Panipat. The battle was fought between the northern expeditionary force of the Maratha Empire and invading forces of the King of Afghanistan, Ahmad Shah Abdali, supported by two Indian allies—the Rohilla Afghans of the Doab, and Shuja-ud-Daula, the Nawab of Awadh.
The film is produced by Sunita Gowariker under their home banner AGPPL in association with Rohit Shelatkar’s company – Vision World. The film is scheduled to release on December 6, 2019.

Official Statement From Producers Guild Of India On #Metoo Campaign

Pavail Gulati: Thappad Is Not An Answer To Kabir Singh