Now when there are news everywhere of Salman Khan’s Blackbuck poaching case in which the court convicted Salman under Section 9/51 of the Wildlife (Protection) Act. He was sentenced to five years imprisonment along with a monetary fine of Rs 10,000. Khawaja Asif, who is the foreign minister of Pakistan, tweeted something related to the case today and got trolled badly by the twitteratis. 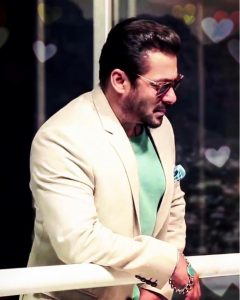 Khawaja Asif said that the Salman Khan was convicted in a blackbuck poaching case as he belongs to a “minority” community.

Check out his complete statement below

“Salman Khan has been sentenced because he’s a minority. To sentence him in a case that is twenty years old goes on to show that lives of those who are Muslims, ‘untouchables’ or Christians are not valued in India,” said Asif in an interview to his country’s Geo TV.

“Maybe if he belonged to the religion of the ruling party of India he would not have been given such a harsh sentence and the court might have been lenient with him,” he further added.

This made Twitterati to react ranging from angry to mocking. Check out the users reply to foreign minister of Pakistan’s tweet below

@KhawajaMAsif – Dude no wonder Pakistan is such in dire straits. Seems the qualification required to be a leader in #Pakistan, be it civilian or #Army, is a person with Brains of a Jellyfish (They have none for last 650 years now) ?????

And Saif Ali Khan let off because he's Hindu?https://t.co/jsRKY3AQut

And Tabbu Hashmi was let off as she is a Brahmin. ?#MoronKwajaAsif

Thankfully Saif Ali Kumar & Tabulakshmi are hindus, so they escaped this burden.

Actor Salman Khan will be spending another night in Jodhpur Central Jail, as the court has reserved the order on his bail plea in the 1998 blackbuck poaching case till tomorrow. According to a leading daily, the order will be pronounced at 10:30 am tomorrow.

Salman is being lodged in the same jail as rape-accused Godman Asaram Bapu.

MANUSHI CHILLAR ON BEING COMPARED WITH KAREENA KAPOOR KHAN