Recently Palak Muchhal sang a beautiful song which is recorded by the finest sound engineer  of Bollywood “Aamir Shaikh”. 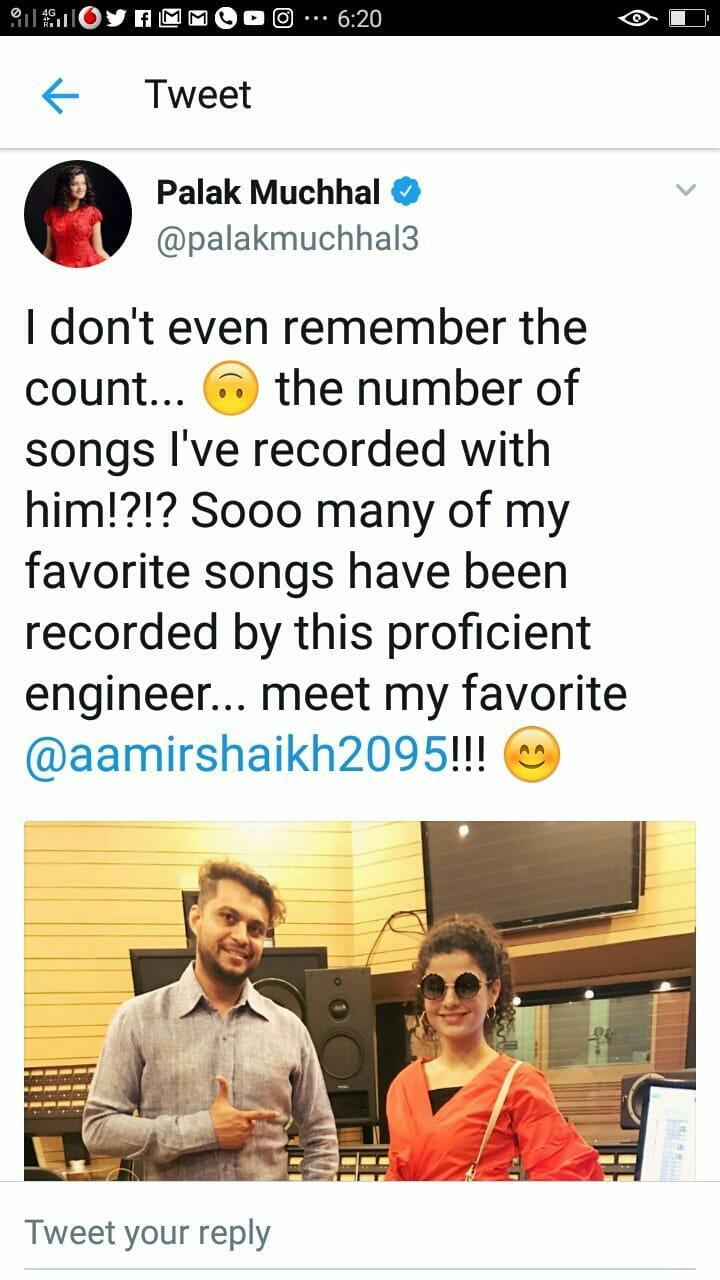 Netflix Hosts A Star-Studded Premiere For Its Next Series, ‘Leila’, At The Royal Opera House In Mumbai