Ed Sheeran has thrilled his fans last year in Mumbai (India) with his Divide tour concert.

He was also seen partying with bollywood famous personalities like Farah khan, Malaika Arora and many more. 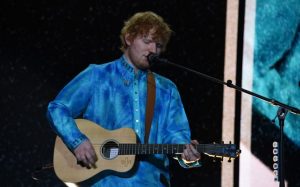 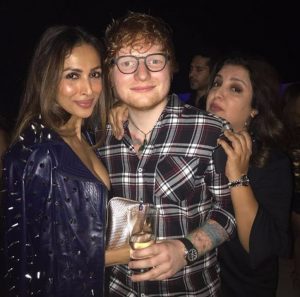 Ed Sheeran has announced in his Instagram handle that he is engaged to his girlfriend ‘Cherry Seaborn’ breaking many girls heart out there by writing “Got myself a fiance just before new year. We are very happy and in love, and our cats are chuffed as well xx”

The couple met in school. There was a rumour of the duo that they are in a relationship since 2015 and they were pictured kissing for the first time in 2016 when his close friend Taylor Swift threw a party to both of them. There were many times in talk shows when Ed was seen talking about relationship, starting a family, kids etc. It seems that things were in his mind from a long time and now finally he got engaged to his ‘Perfect’ life partner.

We congratulate Ed Sheeran for his new journey!