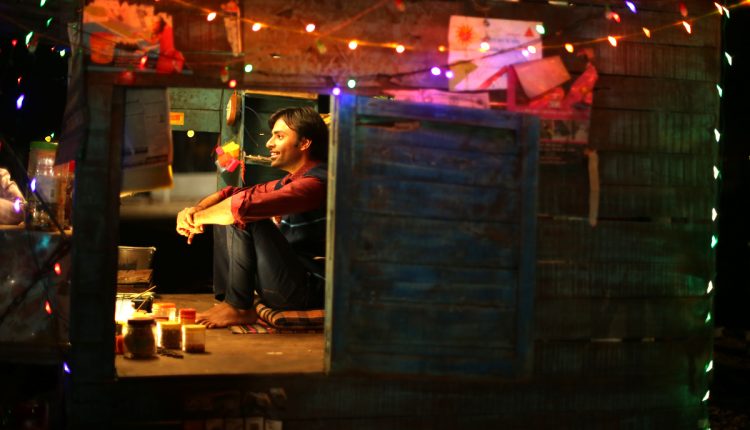 Actor Jitendra Kumar who has carved a niche for himself in the Indian web series space and is one of the most acclaimed actors in the digital circuit has been signed on by Yoodlee Films to feature in its next production venture titled ‘Chaman Bahaar’.

‘Chaman Bahaar’  revolves around Billu, a young small town paan-shop owner who falls in love with a pretty school girl who lives in a house opposite his shop. His shop becomes a hub of all the young boys of the locality to assemble there just to get a glimpse of the girl. Meanwhile,  Billu pines away in silence over his lady love and experiences the full spectrum of romance and heartbreak, without the girl ever being aware of it!

Jitendra who plays the protagonist in the film is a huge name in the digital space with a slew of acclaimed shows to his credit including ‘TVF Pitchers’, ‘TVF Permanent roommates’ and ‘TVF Bachelors Season 2’ , ‘Tech Conversations with Dad’, among others.

Actor Jitendra Kumar says, “I have been working in digital shows and web series and had been looking for the right script and character to enter the film space, that’s when ‘Chaman Bahaar’ happened. The film has a very interesting and entertaining premise and a very quirky musical touch – an intriguing one at that, and my character experiences a huge emotional arc during the course of the film. I am really excited about this role and this film –  which the audience is surely going to love and connect to.”

The film is being directed by debutant director Apurva Dhar Badgaiyann who has previously assisted acclaimed Indian filmmaker Prakash Jha on his films ‘Aarakshan’ and ‘Rajneeti’.  Apurva says, “Chaman Bahaar’ is a fun romantic satire, about a guy who falls in love with a girl ‘out of his league.’ He goes on this whacky ride to claim his love for her. It’s set in Chattisgarh in a milieu that has never been explored before. It’s full of colourful characters, replete with their quirks. I have seen Jitendra’s earlier work in the digital space and I was instantly sure that he was the perfect fit for the lead role. I am happy that Jitu is making his feature film debut with my film, and I am excited to present my little love story to a discerning audience.

Siddharth Anand Kumar, VP, TV and Films, Saregama and Yoodlee Films says,  “Chaman Bahaar’ is a refreshingly take on love and loss in today’s times, where seemingly simple circumstances reveal deeper connections and complexities in peoples lives.  It’s a tragi-comic love story and the milieu of a small town, on the cusp of change, makes it even more interesting. And having an actor like Jitendra come on board makes for some exciting casting.”

THE MOVIE CITY BAKERY HAS BEEN INFRINGED BY THE MAKERS OF MASKA, WAILS ALKA SADALKAR,…

No hugging, no kissing, safe distancing, protection compulsory : whenever Film &…