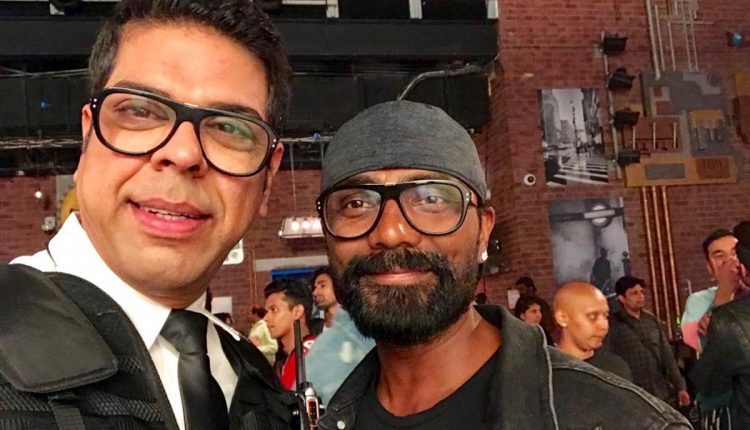 Prabhudeva And Murli Sharma Have Fun On The Sets Of Street Dancer 3D, Though They Do Not Play Gay Guys!

Murli Sharma who is known for his known as Shetty Anna in Remo D’Souza’s 2015 and his for his cop roles in popular films like Singham Golmaal is back again in the uniform. Well this time he will be seen making a guest appearance in the upcoming dance film Street Dancer 3D starring Varun Dhawan and Shraddha Kapoor. He will be seen essaying the role of a London cop in the film. When asked about the same, Murli said, “It’s a nice small cute guest appearance just like what I had done in ABCD 2 so again when Remo sir asked me to do a role in the film, I was just too thrilled and I had a great time on set.”The film also features Nora Fatehi, Sonam Bajwa, Shakti Mohan, Dharmesh and several others in pivotal roles.’Street Dancer 3D’ produced by Bhushan Kumar, Divya Khosla Kumar, Krishan Kumar and Lizelle D’Souza, directed by Remo D’Souza, starring Varun Dhawan, Shraddha Kapoor, Prabhudeva & Nora Fatehi releases on 24th January, 2020