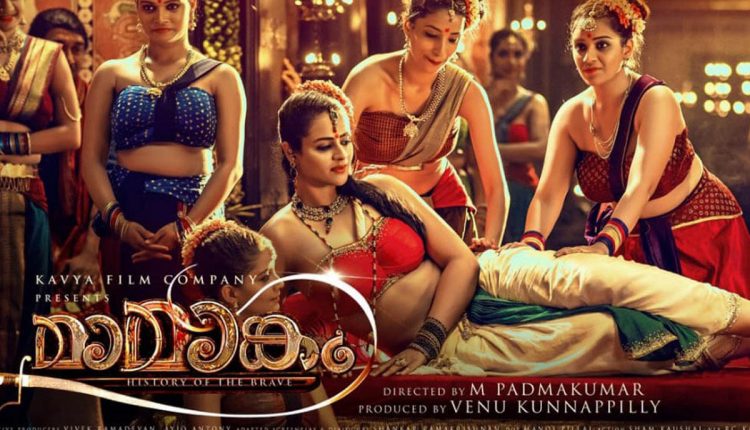 Satisfying the curiosity of audience, makers of Mamangam finally released the second poster of this big-budget historical drama – unveiling Prachi Tehlan’s look in the movie. The poster was released by Mammootty (who is playing the lead opposite Tehlan) on his social media accounts and was then shared by the actress.

With a budget of whooping 45 crore, the movie is touted to be one of the most expensive Malayalam films ever made. It revolves around the story of a warrior who plans to fight the Zomorin rulers and defeats him. Set against the backdrop of the popular Mamankam festival, the movie is sure to take you back to the 18th century.

With the movie, Prachi Tehlan will make her much-awaited Malayalam debut, and her fans can’t keep calm. It won’t be for the first time that the audience will see her performing fight sequences, but this was surely the most challenging experience for her.

Talking about the same, Tehlan says, “I had to perform all the fight sequences in the film without any training or rehearsals. Because I am a sports person, everybody was confident that I will pull it off. However, it was very challenging for me because original swords were used in the making of the film, which undoubtedly were very heavy. While shooting for one such sequence, I also got injured. But I was told that ‘bleeding during the shoot is considered very lucky and sacred’.

Besides the action sequences, Tehlan will also be dancing on the beats of Mohiniyattam, for which she was formally trained. “Yes, I was trained in this dance form, but what I learned and what you will see on the screen is different. I was only taught the nitty gritties of Mohiniyattam, but the dance that I do in the movie is a mixture of Mohiniyattam, Kathak and various other classical dance forms,” mentions Prachi.

Directed by M Padmakumar and produced by Venu Kunnappilly, Mamangam will release in four languages – Malayalam, Hindi, Tamil, and Telugu.

Samir Onkar Has a Family birthday