Scam 1992 fame Pratik Gandhi’s next is a romantic comedy film ‘Atithi Bhooto Bhava’, has begun its shoot from yesterday in Mathura.

The team will also shoot in scenic locales like Vrindavan, Gokul and Gwalior.The film will see Pratik sharing screen with the ace actor Jackie Shroff for the first time. 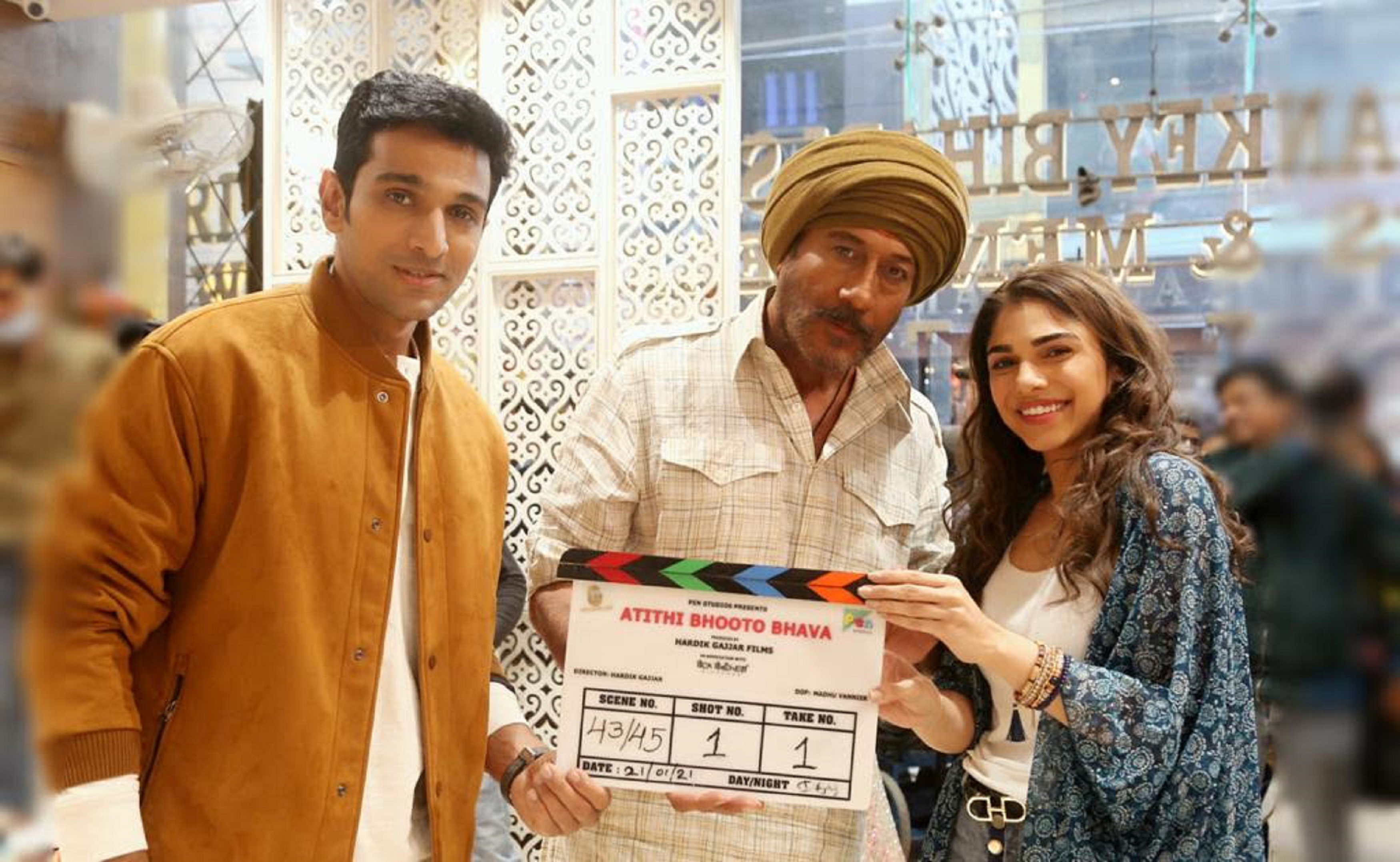 Amped up about the film Pratik said, “I am extremely excited to collaborate again with Director Hardik Gajjar & Pen Studio.

This unique love story will be a learning experience as I will be working with a supremely talented actor Jackie Shroff”.

This is our second collaboration after Ravan Leela. Jackie Shroff was always on our wishlist. Both these films are content driven and that’s always been Pen Studios’ aim.”

Atithi Bhooto Bhava’ is scheduled to release in 2021.As other details of the film are under wraps, watch this space to know more about this unique comedy film.

Sunny Leone to do a cameo in ALTBalaji’s Helllo Jee