Preetisheel, who also received rave reviews recently for curating the looks for Ranveer Singh as Alauddin Khilji in Padmaavat, Amitabh Bachchan and Rishi Kapoor in 102 Not Out, Ayushman Khurrana in Andhadhun and Nawazuddin Siddiqui in and as Thackeray, is excited as the first look poster of Bigil is out.

She has good reason to be. Because Vijay’s look in the film is unlike anything he has done before. The Southern hearththrob will be seen in two different avatars of father and son in the film directed by Atlee and having music by AR Rahman.

“Hours of study have gone into building the character designs,” says Preetisheel. “We didn’t want to lose the authenticity of the character or miss out on the aura projected by the legendary Vijay. Keeping this in mind, for the father’s role, we added wrinkles around his laugh lines and on his forehead, using special-effects make-up. Along with that, we gave him salt ‘n pepper hair which gave a classier touch.” 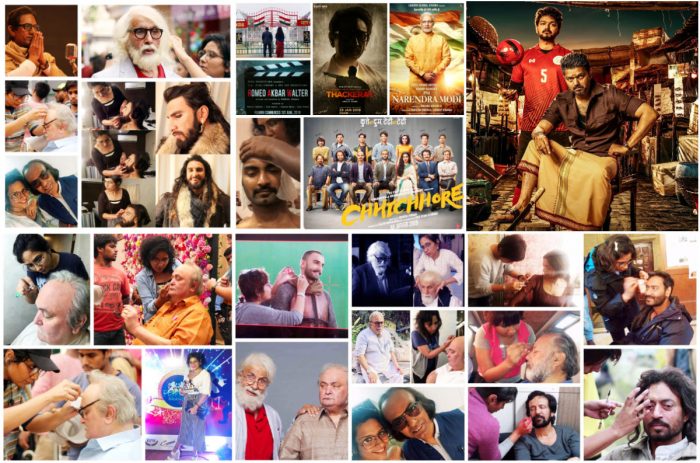 For his son’s character, Vijay was given “the trendy look that footballers of the current generation carry,” informs Preetisheel. She mentions that the superstar is a pleasure to work with. “Very humble and down-to-earth, Vijay not only showers trust, but patiently allows the team to work without interference. Both the actor and director put full faith in our vision and art, and that has immensely helped,” she concludes.

Apart from Bigil, Preetisheel is looking forward to many films, including the Akshay Kumar-starrer Housefull 4, Kangana Ranaut-starrer Panga, Nawazuddin Siddiqui–Radhika Apte-starrer Raat Akeli Hai and Nitesh Tiwari’s Chhichhore; for which she has designed multiple young and old-age looks for an ensemble lead cast.

An Experimental Lockdown For Harshvardhan Rane!