Prime Minister Narendra Modi on Friday lavished praise on the Dawoodi Bohra community on the occasion of ‘Ashara Mubaraka’ in an address at the Saifee Mosque in poll-bound Madhya Pradesh.

‘Ashara Mubaraka’ is observed at the beginning of the Islamic year. The period is dedicated to the remembrance of Prophet Mohammed’s grandson Imam Husain. It refers to a period of ten days. The tenth day of Muharram, the first month of the Islamic calendar, is known as Ashara and marks the day on which Imam Husain was martyred along with his family members and companions.

“The Bohra sect is integral to peace in India and has contributed to our unity on diversity,” said Modi, addressing the gathering at the Indore mosque.

The PM said that he considers himself too to be a part of the Bohra community because most villages in his native Gujarat have Bohra businesses. 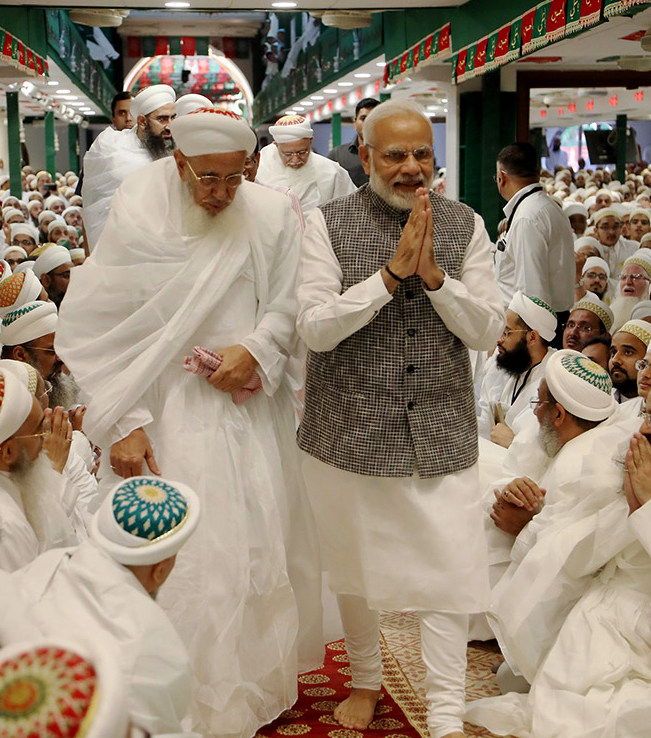 Sonam K Ahuja participated in an engaging conversation at Algebra!