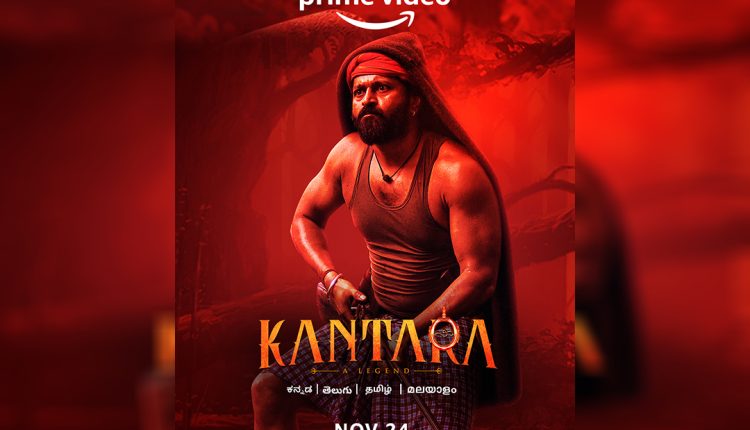 The action-adventure is produced under the banner of Hombale Films by Vijay Kiragandur and written-directed by Rishab Shetty, who also stars along with Sapthami Gowda, Kishore Kumar G, and Achyuth Kumar in pivotal roles.Prime members in India and across 240 countries and territories can stream the thriller in Kannada, Telugu, Malayalam, and Tamil from November 24, 2022, exclusively on Prime Video. Prime offers incredible value with unlimited streaming of the latest and exclusive movies, TV shows, stand-up comedy, Amazon Originals, ad-free music listening through Amazon Prime Music, free fast delivery on India’s largest selection of products, early access to top deals, unlimited reading with Prime Reading and mobile gaming content with Prime Gaming, all available for an annual membership of Rs. 1499. 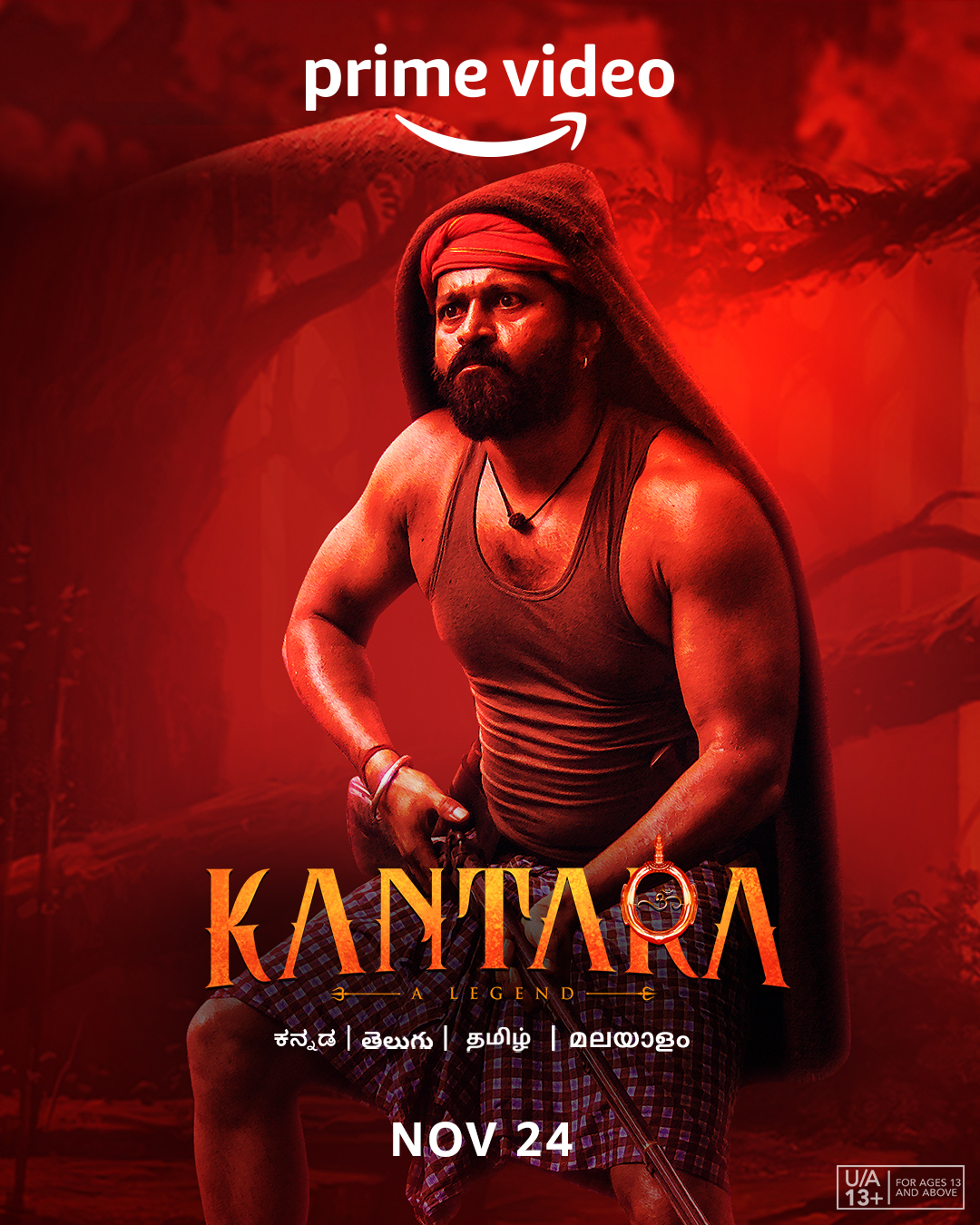 Prime Video today announced the exclusive worldwide digital premiere of the Kannada blockbuster Kantara. Produced under the banner of Hombale Films by Vijay Kiragandur, the action-adventure is written and directed by Rishab Shetty, who also acts in the movie alongside Sapthami Gowda, Kishore Kumar G. and Achyuth Kumar in the pivotal roles. After winning audiences’ hearts in theatres, viewers can now enjoy the widely-loved film from their homes from November 24, 2022 in India and 240 countries and territories worldwide. Prime members can exclusively stream this visual spectacle in Kannada along with Malayalam, Tamil, and Telugu language dubs on the service.

The story of Kantara is set around a small community living in the woodlands of Kaadubettu in the southern coastal state of Karnataka. Weaving an interesting plot of human versus nature conflict, where death leads to war between villagers and evil forces and Shiva, a rebel defends his village and nature.

On the digital release of Kantara, writer, director, and actor Rishab Shetty shared, “Audiences from all corners of the country have showered immense love on Kantara and I am extremely excited that with its global digital premiere on Prime Video we will be able to take our labor of love and hard work to a wider audience worldwide. It is a story that has universal appeal but the plot’s local flavor will keep viewers intrigued until the very end!”

Producer Vijay Kiragandur added, “At Hombale Films, we are always looking at telling engaging tales in an extraordinary yet relatable manner. Kantara is yet another film by us that has touched hearts of audiences from varied regions and backgrounds. Rishab and the entire cast and crew have worked incredibly hard to create this beautiful film and we are delighted to take it to audiences across the globe through the exclusive launch on Prime Video.”

Population control needs to be a priority, say celebrities