Bollywood Desi Girl Priyanka Chopra in her Hometown here the Team of The Sky Is Pink wrapped the film’s shoot recently and partied with the film’s lead actress Priyanka Chopra in Mumbai on Tuesday. The 36-year-old actress shared post-wrap-up photos on her Instagram page and accompanied it with a heartfelt note. Priyanka Chopra, who launched her production house Purple Pebble Pictures in 2015, said this film is extra “special” for her as it marks her first production in Bollywood. 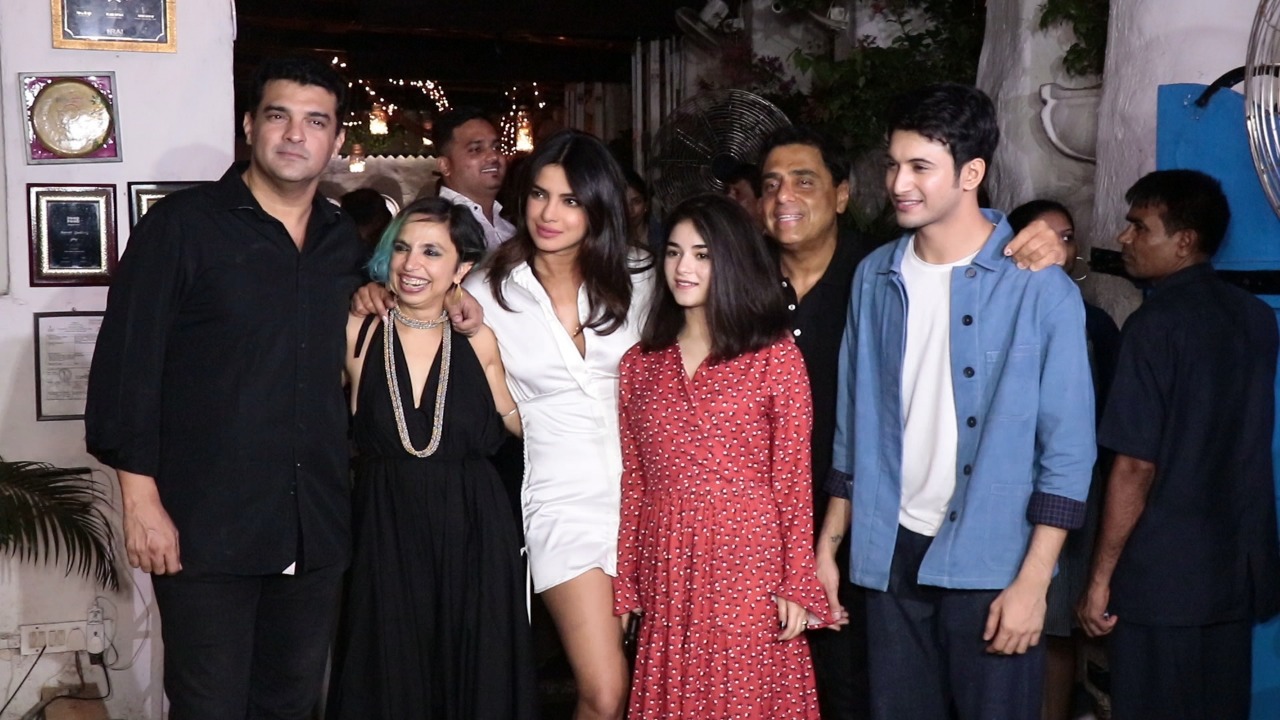 Sharing the post, Priyanka wrote: “And it’s a wrap. This movie is special to me on so many levels. Not just because Roy Kapur Films and RSVP Movies partnered with me on my first Hindi production… But also took the chance on me to bring to life a character and a true story that needed to be told.” Priyanka co-stars Farhan Akhtar and Zaira Wasim in The Sky Is Pink