Priyanka Chopra is winning hearts globally and always making headlines for many right reasons like her movies, the incredible line of work for people,  fashion, red carpet appearances or even her love life. Currently, rumours doing the rounds that the Quantico actress Priyanka and American singer Nick Jonas are dating! Fans have been eagerly awaiting official confirmation that the two are dating. But for now, their Insta activities or flirtatious comments on each other’s posts are adding fuel to these fiery rumours and giving us hints they are the new Instagram official celebrity couple.

On Sunday, PeeCee posted a photo of her and her manager Anjula Acharia and filmmaker friend Mubina Rattonsey indulging in In-N-Out burgers and fries with a caption “Burgers and Chanel…my fav girls”. In the picture,  Anjula and Mubina are posing for the camera, burgers in hand, and Priyanka is caught mid-laugh, her eyes shut and mouth breaking into a huge smile.

After which her rumoured beau Nick commented on the picture by saying. “That smile’ along with a red love heart”.

And Nick is not the only one who is sending cute comments or emojis but  the days after Jonas posted a photo of his interview with DJ Mustard, Chopra also reacted with two telling emojis: “??.” 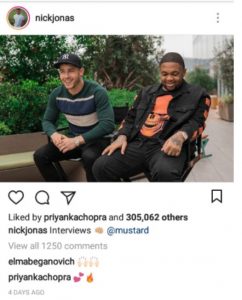 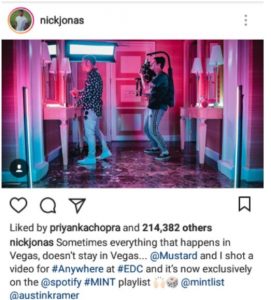 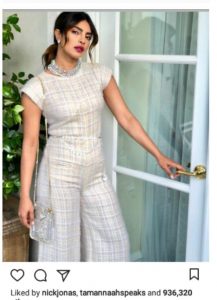 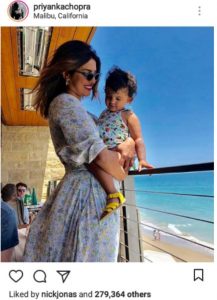 Their relationship rumours have started doing airs again ever since the couple was also spotted cosying up at a yacht party with a bunch of friends.

Last year, they met at the coveted Met Gala 2017, where they both walked for Ralph Laurel fashion label.  As per the media reports, the couple has been spotted enjoying multiple dates over the Memorial Day weekend. On Friday, May 25, Priyanka Chopra and Nick Jonas were spotted attending the Beauty and the Beast Live in Concert in Los Angeles at the Hollywood Bowl.

But there is no official confirmation from their side about their love or relationship. But after those few Instagram hints, fans can’t keep calm.

For more Bollywood and Hollywood, updates stay tuned to Bollyy.

JACQUELINE FERNANDEZ STILL GETS ‘NERVOUS’ WHILE WORKING WITH SALMAN KHAN

MANI RATNAM ROPES IN ANIL KAPOOR TO GIVE VOICE-OVER FOR…