Priyanka Chopra makes an impact at the Forbes Women’s Summit

Priyanka Chopra is really an inspiration to many!

Priyanka Chopra is a global personality who is not just limited to Bollywood but also a popular name in the West. Apart from acting, the actor is also into social work. She is also the Goodwill Ambassador of UNICEF. The actress is now looking forward to write a memoir, titled “Unfinished”, which will be published simultaneously in India, the US and Britain next year. 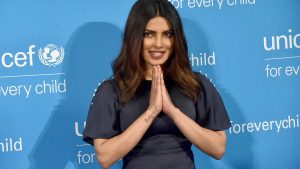 Priyanka Chopra has catapulted her way to the top and finds herself on every influential magazine cover and talk show, to every important red-carpet event, testimony that our very own desi girl has turned America’s sweetheart. 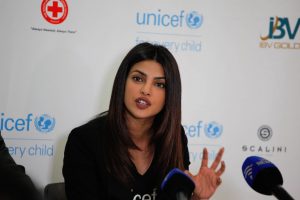 She stole the limelight at the Forbes Women’s Summit held recently in New York sporting a grey metallic outfit by Ralph Lauren from his pre-fall 2018 collection. At the Summit, the global icon discussed her journey in films, American television and the importance of breaking barriers for women.

Priyanka said, “I was not cast in projects because I came from an industry which was different.” But she said she wasn’t afraid to walk into a room and introduce herself. “I’m an actor, but I’m also someone who’s not defined by my ethnicity or where I come from.”

Priyanka also shared advice from her late father,Dr. Ashok Chopra. “My dad always told me, ‘You don’t want to fit into a glass slipper that someone else made for you. Go shatter that glass ceiling’.