The film releases across the country and abroad today. Still reading some very angry tweets, threads about myself, (not the film yet, no one has seen it). Some people are just venting. And that’s ok.I am listening, learning… as I have been attempting to, for the past 2-3 years…Here, some thoughts on the representation debate, from my limited, self-admittedly privileged understanding. The anger is completely understandable, especially with the poster et al. I get it. I understand this anger. But as is often the case with anger, it is in fact misdirected since I am not the sole creator of this film. Hundreds if not thousands of people have worked on it.- I can’t undo historical caste injustices, or brutalization dating back thousands of years. Jyothi Venkatesh 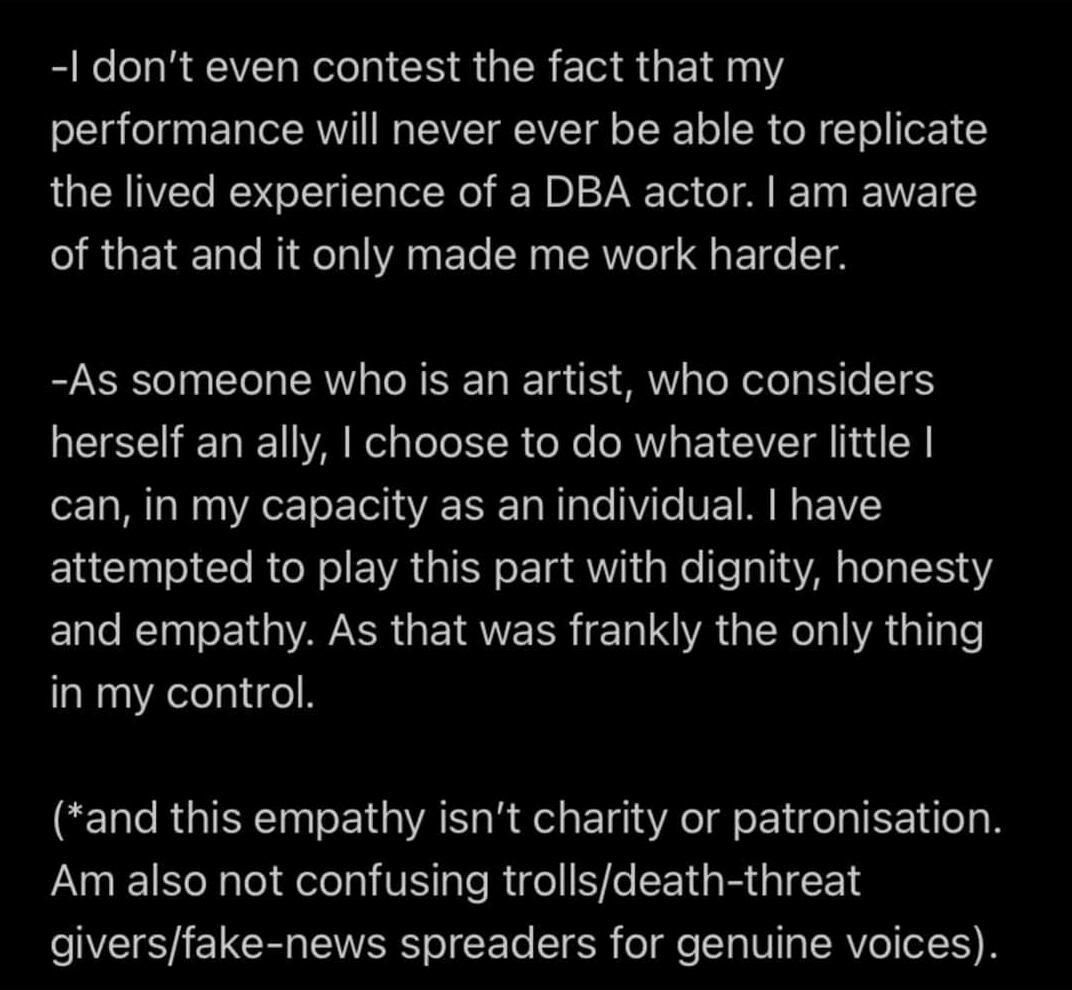 Don’t expect me to become a scholar or expert on the subject, by acting in one film, especially when it is as vast and complicated as caste and varna. I don’t even contest the fact that my performance will never ever be able to replicate the lived experience of a DBA actor. I am aware of that and it only made me work harder. As someone who is an artist, who considers herself an ally, I choose to do whatever little I can, in my capacity as an individual. I have attempted to play this part with dignity, honesty, and empathy. As that was frankly the only thing in my control. 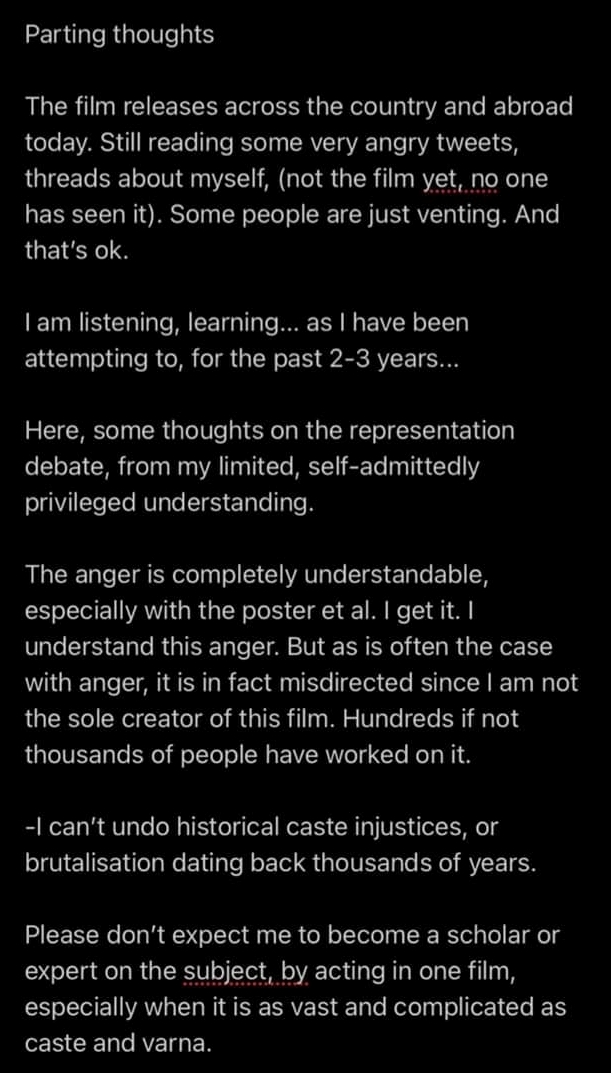 (*and this empathy isn’t charity or patronization. Am also not confusing trolls/death-threat givers/fake-news spreaders for genuine voices).