In todays episode, Radha asks Mohan nervously, “Why did you put the ring on the ring finger?” and stops him and gives him bansuri. Mohan is shocked and emotional as Radha tells him this might be the last gift from her – Jyothi Venkatesh 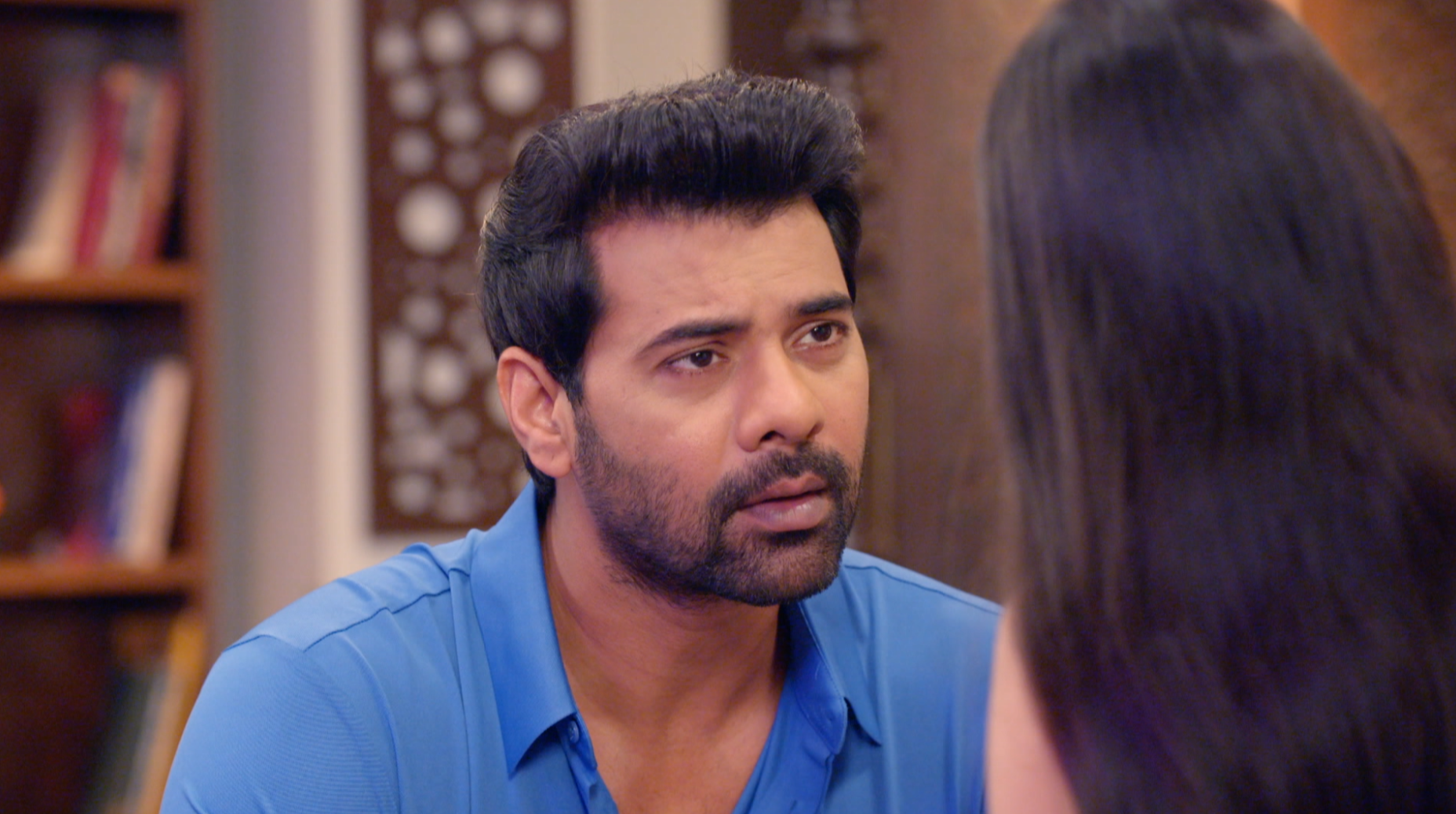 Mohan accepts Dadi’s compliments and Hriday tries to scare Gungun off, but Gungun hits him with the vase and locks him up. Shekhar notices and teases him. Gungun passes by and scolds him and leaves.

later, Radha comes down for her engagement. Everyone looks at her and compliments her. Everyone is looking for Hriday and we see that he is trying to get out of the room. 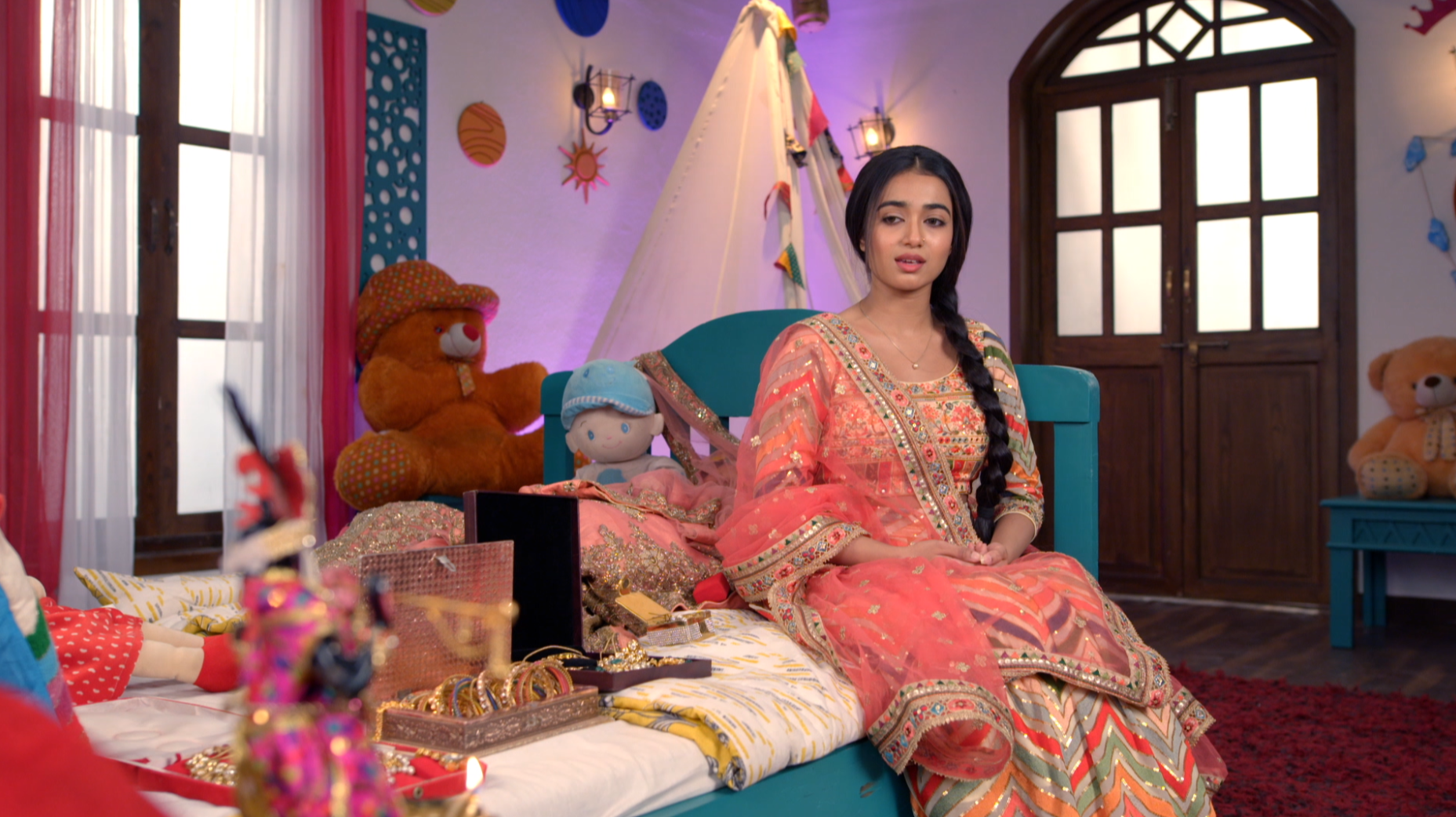 Mohan notices Gungun and asks her if she has anything to do with Hriday’s sudden disappearance. Damini notices Gungun showing some signals to Mohan, who is standing upstairs in the corridor.

Damini asks Gungun where Hriday is . Gungun tells her she is not aware. Damini is adamant. Everyone tells Damini how would she know. Hiriday enters and tells the same. 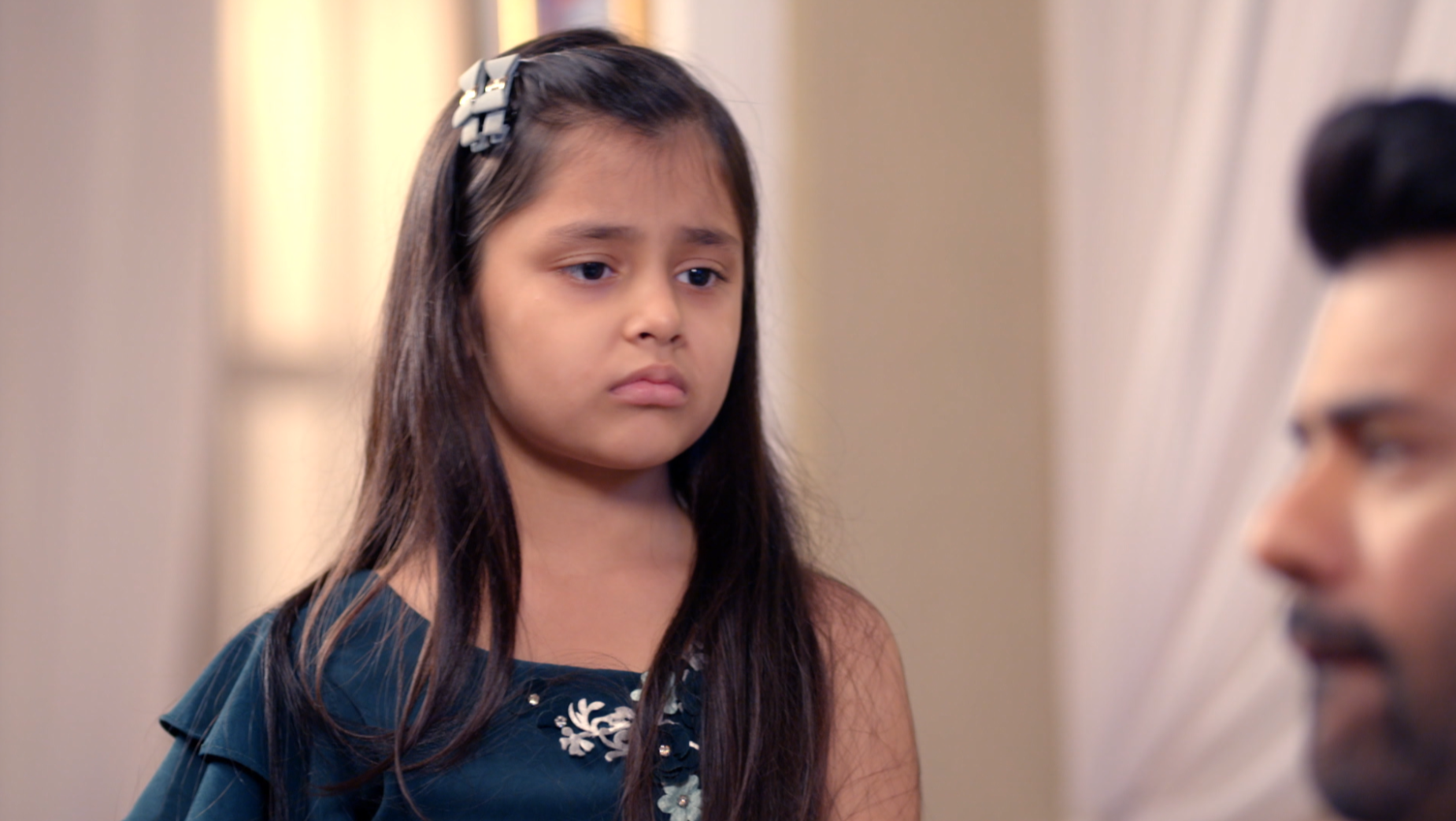 We see Tulsi holding Radha’s ring, which is why Damini is unable to remove it. Tulsi slaps Damini and her hand moves away from Radha. Hriday also gets hurt in the ring finger, so Radha makes him wear the ring on a different finger.

Gungun gets sad sad and we see eye contact happening between Mohan and Radha. Gungun looks at Mohan sadly and runs away. Mohan says I just want someone who can tell me Hriday’s truth because something is off.

Ayushi Khurana opens up about her bond with Shoaib Ibrahim in Star Bharat show, ‘Ajooni’