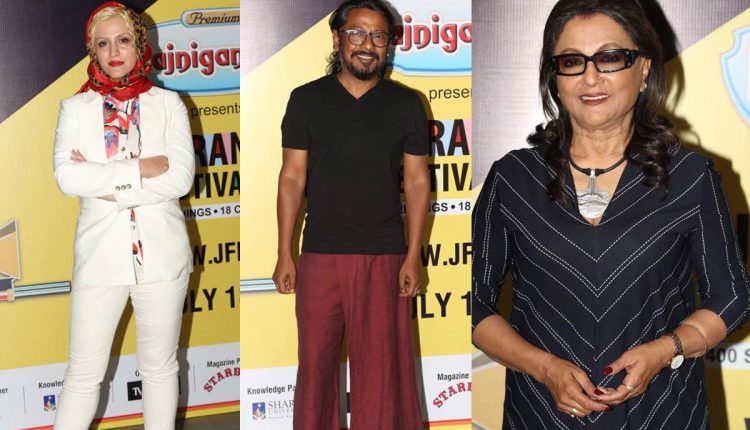 The second day of 10th Jagran Film Festival commenced with the in-conversation with Aparna Sen by Rajeev Masand. Many more film personalities like Onir, Pouran Derakhshandeh, Manahel Al Awadhi and Madhumita Sundararaman along with other dignitaries from Argentina as the Country Focus partner and Iran were also present at the second day of 10th JFF.Interactive Q&A session between Onir, renowned Director and the audience present at the screening was organized. Rajnigandha Achiever’s Film “Gold” directed by Reema Kagti was also screened.

World Retrospective: Under the Smokey Roof (Directed by – Pouran Derakhshandeh)

Master Class by TVF (Premier of 2 episodes of Kota Factory.

Divya Dutta Celebrates The Birthday Of Her True Companion!

Vivian Dsena; and why we miss seeing him on screen!