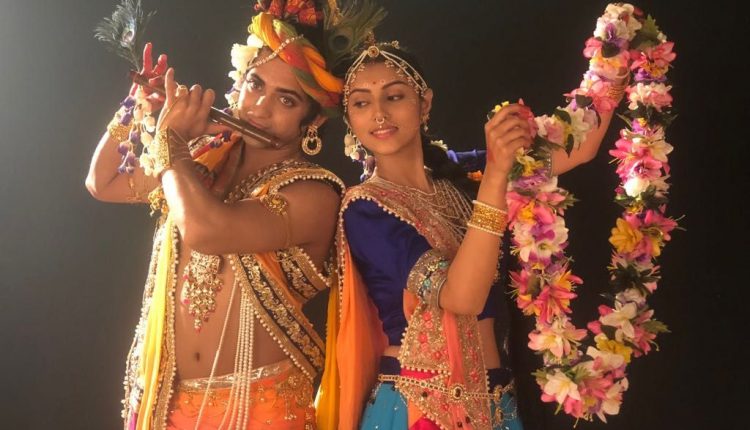 RADHA, KRISHN UNITE TO CALL OFF THE WEDDING!

Siddharth Kumar Tewary’s magnum opus, television’s first ever mythological love story RadhaKrishn, will narrate one of the greatest chapters from Radha & Krishn’s liaison. The heart & the soul of this story have primarily been to portray the meaning of love & affection in the truest sense. In earlier chapters Krishn played by Sumedh Mudgalkar, helps Radha, Mallika Singh overcome her fear. The upcoming story will be the journey of helping Radha to overcome her anger. RadhaKrishn recreates a time & place dated about 1000 years ago or more on the untold & unheard love story of Radha & Krishna. The show that boasts of 20 original compositions with a catchy, melodious title track will have the Maha Raas Leela sequence which will see the entry of Tarun Khanna in a cameo playing Lord Shiva. Presenting a track right out of calendar art for the Maha Raas Leela, RadhaKrishn’s love story takes an interesting turn as Krishn makes Radha overcome her anger. Radha eventually realizes that she agrees to marry Vyomesh because of her feelings of anger towards Krishn. In a fit of rage, Radha had broken Krishn’s beloved flute. So she with all her love, makes a new flute for Krishn. Radha later plays the melody & Krishn is drawn towards her. Both of them join hands to stop Radha’s wedding with Vyomesh who is in reality, an asura.’