RADHIKA APTE REVEALS WHY SHE SLAPPED A SOUTHERN SUPERSTAR

Radhika Apte was last seen in the movie Padman which was a social awareness film. The movie was a great hit and her performance in the film was widely appreciated. Radhika is among one of those actresses who is known to speak her mind. She is a tough girl who never fear to voice her opinion on social causes and controversies. Either by slamming her trollers or giving strong statements, Radhika has time and again proved her powerful persona.

Accompanied by Rajkummar Rao, Radhika appeared on Neha Dhupia’s show BFFs with Vogue. The actors were seen in a fun-loving mood and made some shocking revelations about each other on the show. In a segment called, Say it or Strip It when Radhika was asked which actor or film-maker should stop working, she did not take the diplomatic route and bluntly answered, “Ram Gopal Varma because of making such phenomenal films’

Sharing her bad experience about an incident where she had slapped a famous co-star on the show, she said, “It was my first day on the set and a famous South actor started to tickle my feet. I was stunned as we’d never met before and I instinctively slapped him.”

On the show, she also called Sushant Singh Rajput an over-rated actor, as per reports. 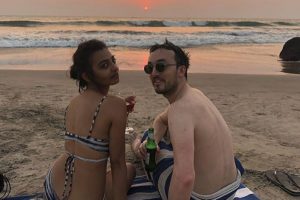 Radhika Apte was recently trolled for posting a bikini picture on Instagram to which she cleverly opted to ignore.

ALIA BHATT SHARES NEW STILLS FROM RAAZI ON HER BIRTHDAY