Radio City Graces The Throne With The ‘Radio Station Of The Year’ Award At The Golden Mikes Awards, Bags 46 Prestigious Awards And Counting This Season

With 17 years of excellence, Radio City, India’s leading radio network, once again proved its mettle of being the most influential radio network by bagging the ‘Radio Station of the Year’ award at the Golden Mikes Awards 2019. Radio City Mumbai’s popular breakfast show ‘Kasa Kai Mumbai’ hostsRJ Salil and RJ Archana won the ‘RJ Jodi of the Year’ Award, whereas for the second time consecutively, RJ Rashi was announced as ‘Radio Jockey of the Year (Non-metro) at the ACEF Awards 2019. To add to its glory, Radio City won a total of 46 awards and counting at various industry platforms, 25 awards at Golden Mikes, 16 awards at ACEF, 3 awards at Goa fest, 1 award at Videa Awards and  6th rank  by Great Place to Work® among Best Large Workplaces in Asia, 2019.

Over the years, Radio City has consistently raised the bar of innovation with path breaking campaigns in radio programming. Keeping up the winning spirit, Radio City’s social awareness initiatives like ‘Mera Ghaata’ led by RJ Ginnie, ‘Kar Mumbaikar’ led by RJ Salil and RJ Archana, Ek Kapda Abhiyaan, Padyatra, City Ka Flower pot, Heroes of Hyderabad, etc. were recognised amongst the most coveted campaigns of the year. These awards are a strong testimony to Radio City’s prowess over the years in areas like creativity, influence and leadership.

Joining in the celebratory spirit, Mr. Ashit Kukian, CEO, Radio City, said, “It brings us immense pleasure to receive these laurels at the most prestigious industry platforms  that recognize unique ideas and initiatives across radio, advertising and marketing sectors. These awards are a reaffirmation to the love and trust that our listeners and advertisers have bestowed on us for years. Radio City has always been at the forefront of driving innovation, and bagging these awards will only push us further to disrupt the industry and continue to be the pioneers of creativity.” 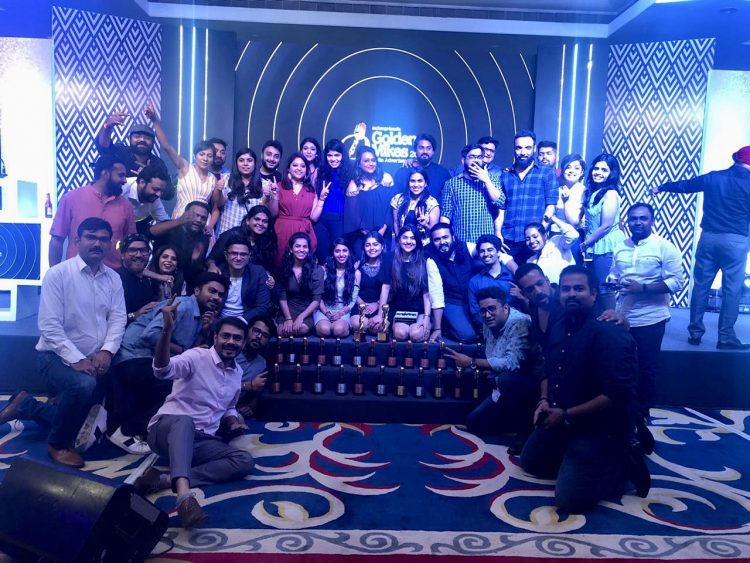 The Golden Mikes, one of India’s biggest radio advertising awards, Radio City took home the metals in categories such as ‘Best Innovation on Radio’ for its Independence Day Animals campaign, ‘Most Unique Programming Concept/Idea’ for the Breastmilk Donation campaign, and ‘Best Public Service Initiative by a Broadcaster’ for the ‘Missing Chhaya’ campaign, to name a few. Radio City bagged a special Jury Choice Award in the Best Innovation on Radio category for Radio City Independence Day Animals Promo.

At the ACEF Awards, Radio City clinched awards for ‘Effective Use of Customer Feedback’ for its Heroes of Hyderabad campaign, ‘Successful Use of CSR Activity’ for ‘Ek Kapda Abhiyan campaign’ and ‘Effective use of Market Research’ for Safal – Milwat Se Jung campaign.

The brand film by Radio City, titled ‘Mumbai Train’ garnered immense appreciation and at the Goa Fest 2019. Radio City’s Kar Mumbaikar campaign also received an award for ‘Best Video Content in Digital Campaign For a Cause’ at the Videa Awards.

The award season has just begun and Radio City is reigning the throne already. With these awards to its name and many more, Radio City continues its legacy of being the driver of change and innovation in the industry.