Sometimes two men can have a meeting of minds and create history. One can contribute to the other in many ways and those ways can show the ways to many other men and women – Ali Peter John 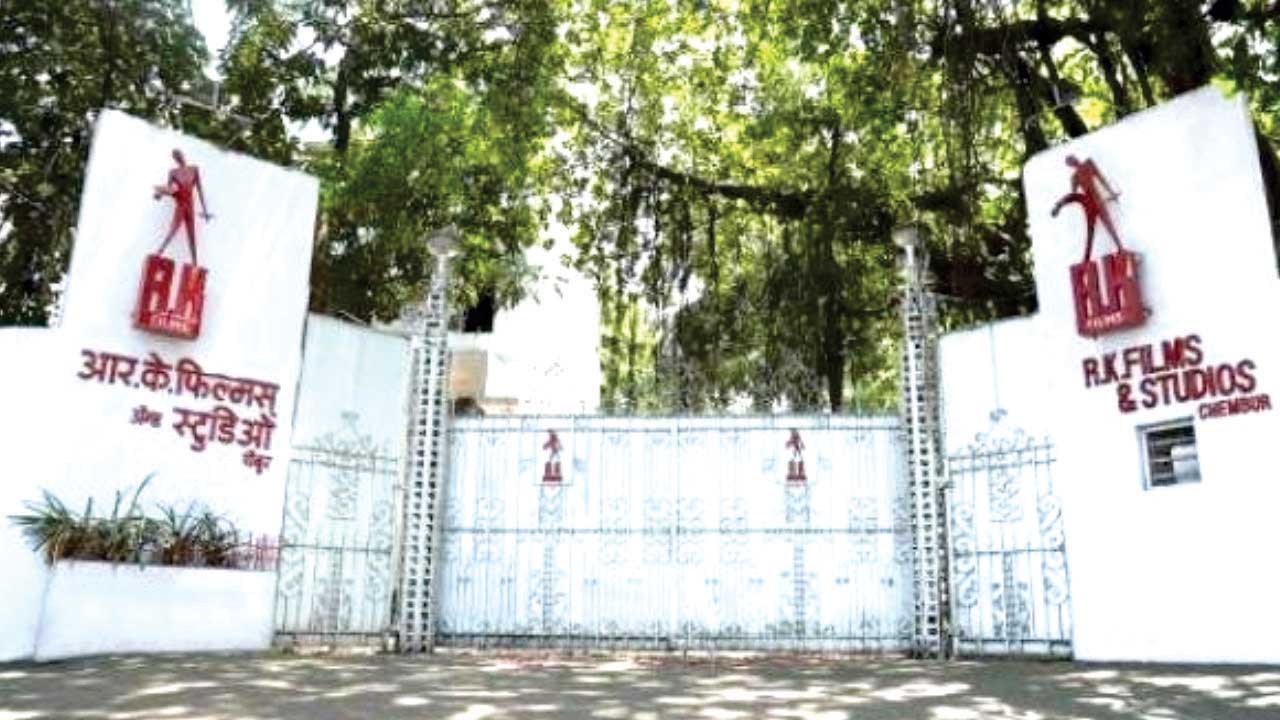 K A Abbas had already made a name for himself as a fiery journalist , writer and filmmaker and Raj Kapoor had made his early films like “Aag” and “Aah”

I don’t know exactly how and when they met , but i am sure they met through Prthviraj Kapoor , who had even introduced other writers and lyricists to his son .

But , there must have been something, some sparks that must have flown when the two men met . They decided to work together, which was against the rules of Abbas Sahab at that time when he had made up his mind to write films only for himself.

The two friends met regularly and exchanged stories and stories about what was happening in the country soon after independence and the stories that Abbas Sahab told the young Raj Kapoor fired his mind and his decided to direct films that were based on the stories of Abbas Sahab and what followed as a result of this extraordinary partnership were films like Awaara” and ” Shri 420 ” which were simple stories but were inspiring and relevant to the times . 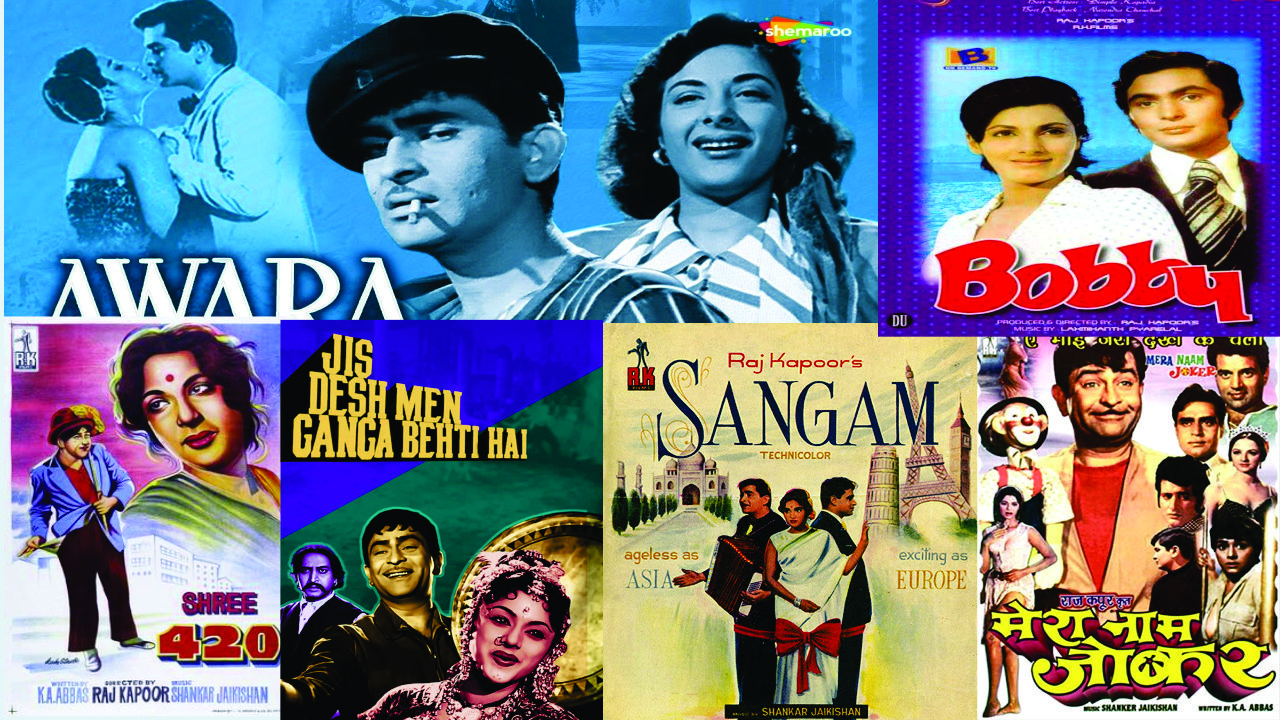 The films were shot by Raj Kapoor in his own way as a director, but he never gave up on the spirit with which Abbas Sahab had writen the scripts , especially the dialogues .

“Awaara” had become a craze not only in India but in several countries, especially counties like Soviet Russia and with Shri 420 , Raj Kapoor grew into a cult figure , a figure that brought him into the limelight like very few stars had .

Raj Kapoor knew that both his films would have been ordinary films , if it was not for the powerful, sensitive and sincere writing of Abbas Sahab who, had made the image of the tramp ( roughly inspired by Charlie Chaplin) known all over the world.

The scripts of Abbas Sahab kept inspiring Raj Kapoor and he never lost touch with Abbas Sahab even when he was making films like ” Jis Desh Mein Ganga Beheti Hai : and “Sangam”. 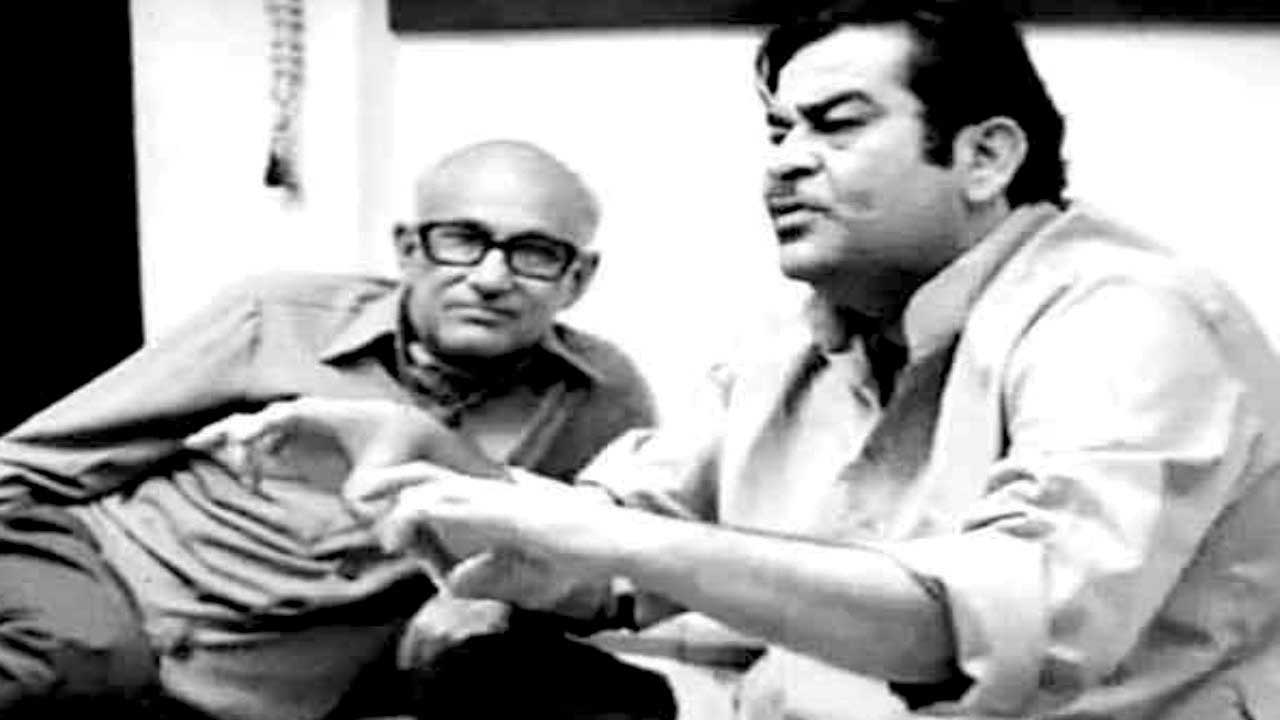 But when he wanted to make a semi autobiographical film about his own life , he couldnt think of any other writer but K A Abbas .

The two friends worked like men gone out of their minds while writing the script of “Mera Naam Joker” which was to be made in three parts and with some of the leading stars making guest appearances and with Raj Kapoor’s favourites, Shankar – Jaikishan and Shailendra – Hasrat Jaipuri in charge of the music .

The film could not come back to life and Raj Kapoor felt it was the end of the road for him . His studio was mortgaged , his property was in a shambles and most of all , his reputation was torn to smithereens.

He was a destroyed man and saw no future for RK Films. He took to heavy drinking and was a picture of self destruction. And one morning, he got back into his creative stride and the first name that came to his mind was K A Abbas .

The same morning , he with his friend and general manager Mr Bibra drove to the office of Abbas Sahab whose office was on the 5th floor of one of the older buildings in Juhu and there was no lift .

Nikal jao mere office se ” . And all the time Abbas Sahab was screaming, Raj Kapoor stood in silence with his hands folded . Abbas Sahab asked him what he wanted from him and Raj Kapoor had tears in hos eyes when he told Abbas Sahab, ” mai barbaad hogaya Abbas Sahab , mujhe bachaa lo.

Raj Kapoor went down the steps like spoilt boy who had received a spanking …. Raj Kapoor came back dead sober and Abbas Sahab told him the story of a young man belonging to a rich Hindu family and a fisherman’s daughter who is a Goan Christian.

Raj Kapoor was excited and told Abbas Sahab that they were making the film come what may . The film they made was “Bobby” which gave a new life to RK Films , Raj Kapoor and his reputation.

Abbas Sahab was supposed to write two more films for Raj Kapoor , but that was not to happen . The day Abbas Sahab died, Raj Kapoor visited the kabrstan in Juhu (,where Dilip Kumar was buried in July 2021) .

Raj Kapoor cried like a child and said , ” i lost my voice when Mukesh died , now i have lost the voice of my conscience ” Raj Kapoor also died within a short time . And the story of those two friends came to an end only to be remembered for all time. …. 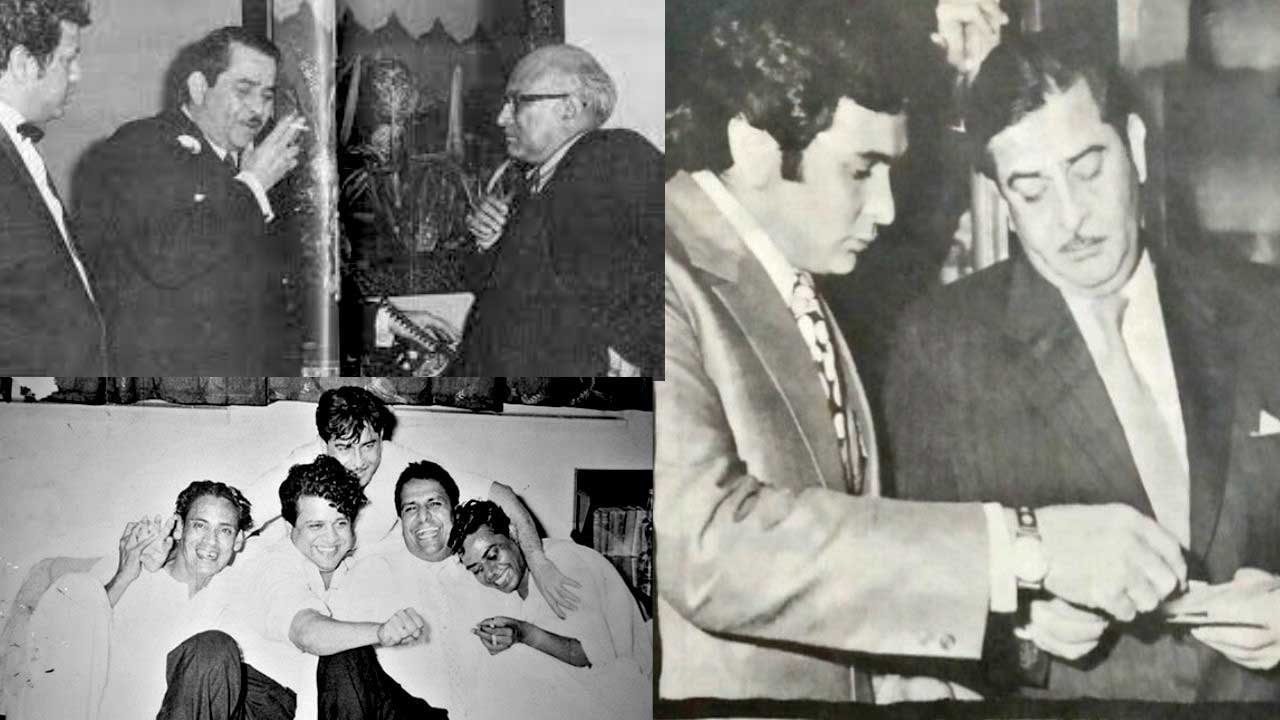 It was a very unusual combination. Abbas Sahab was a teetotaler and hated smoking and Raj Kapoor was a striking contrast , but their different tastes did not come in the way of their love for films and the hard work it needed.

Raj Kapoor kept a track of what Abbas Sahab was writing because he firmly believed that only if Abbas Sahab wrote a script for him that he could make a film that made sense and also entertained.

When Bobby was declared a huge hit , Raj Kapoor presented his creative team with brand new Ambassador cars and personally came to present a car to Abbas Sahab, who reluctantly walked down the five floors on the request of Raj Kapoor. 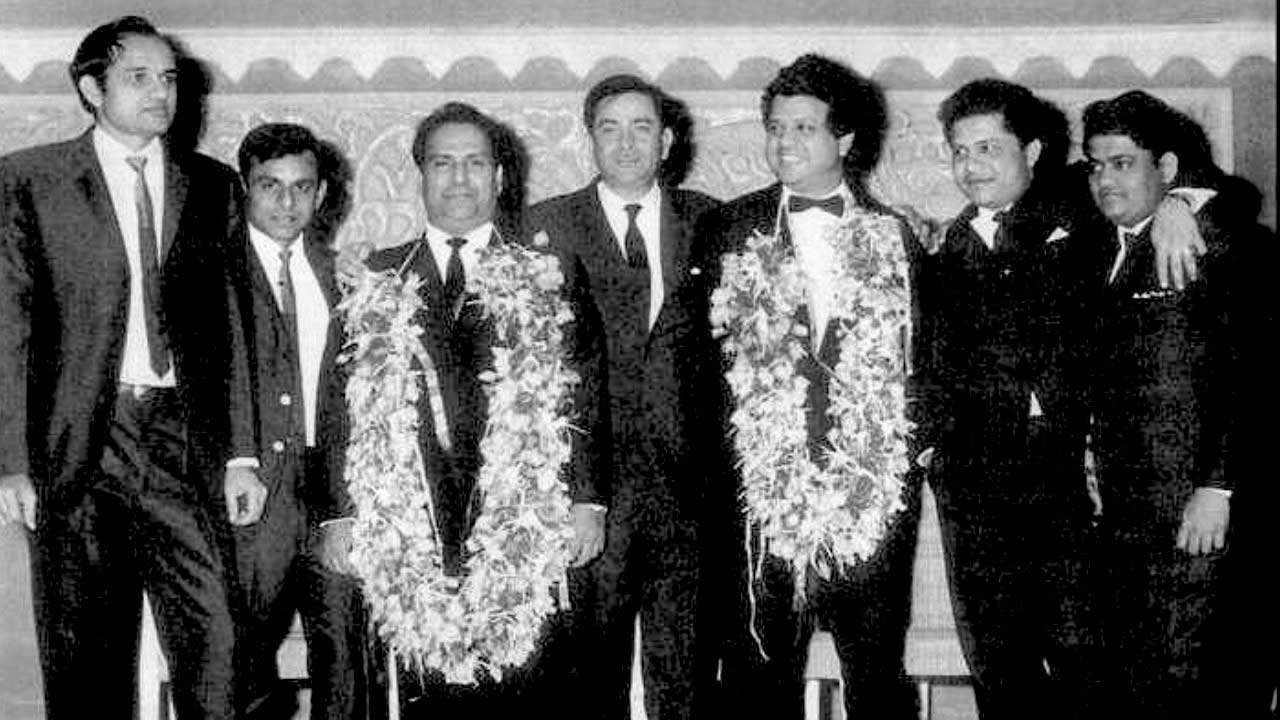 Abbas Sahab had a small place behind his house which he converted into a garage . And he hardly took the car our and i am the privileged one who saw Abbas Sahab taking his new car to attend the release of my first ever book , ” Voices In Turmoil ” , the release function of which was held in the hall of my school ( Holy Cross High School, Kurla ) we went together to various functions , but we always traveled by the BEST bus . That was Abbas Sahab and there can never be a another Abbas Sahab.

Talking about two freinds till the end , reminds me of one of his statements in which he had said , ” if i had directed Bobby or any of Raj Kapoor’s other masterpieces, they would have been utter flops. That is the genius of the director called Raj Kapoor ”

Abbas Sahab was very unwell towards the end of his life and Raj Kapoor always made inquiries about his health and if there was any need.

After Abbas Sahab died, there was an embarrassing debate about who paid the bills of his treatment, Raj Kapoor or Amitabh Bachchan. Raj Kapoor is not around to tell his story and Amitabh i think finds it embarising to talk about it .