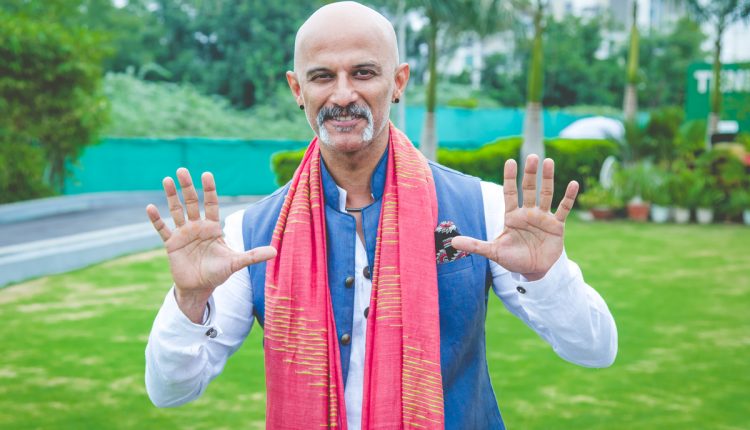 By Team Bollyy On Jul 27, 2018
0 572
Share
He is brilliant with whatever he does. Today, he is one of the most appreciated actors of Indian entertainment sphere. Rajesh Khera who has marked his brilliance in projects like Chain Kulii Ki Main Kulii of a an evil warden,  Uttaran playing transgender Maharani, Jassi Jaissi Koi Nahin of a gay designer & many more, is one of the most consummate actors in the industry. He will be seen in Milap Zaveri’s next directorial Satyameva Jayate playing a corrupted cop who depicts a gross misuse of administrative powers.
Known for his intense, dramatic performances, Khera plays his characters with absolute conviction, and that rare trait will be at display once again in Satyameva Jayate , which has already become a talking point.
Without a shadow of a doubt, Rajesh Khera is a gifted actor and versatility breeds in his genes. He has the calibre to bring to life characters on-screen with his effortless portrayal of roles which is why he was Milap Zaveri’s first choice for the role. His energy, talent & baritone were primarily the reasons for Khera to fill the character of an evil corrupt cop “I feel very lucky that director Milap casted me to play Bhonsale the corrupt cop in Satyameva Jayate. It is a very well written role. Infact if i may say, it is my dream role” he laughs “I see my friends being all jealous with me playing this role”
Satyameva Jayate is directed by Milap Milan Zaveri and produced by Bhushan Kumar and Nikkhil Advani. It is expected to hit the screens this Independence Day (August 15).

Sreerama Chandra is a triple threat to the industry: says Vishal Dadlani