Omerta is an upcoming biographical crime drama film which is directed by Hansal Mehta. The movie features Rajkummar Rao in the lead role who will portray the character of terrorist  Ahmed Omar Saeed Sheikh. The film explores the 1994 kidnappings of Westerners in India for which Omar was arrested and served time in prison and the plotting of murder of Wall Street journalist Daniel Pearl in 2002. Omerta exposes state-sponsored terrorism and how it manipulates young minds into believing a sordid interpretation of Jihad. 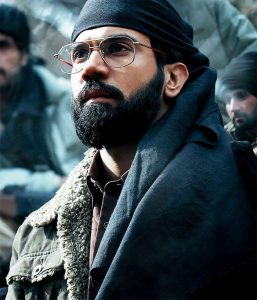 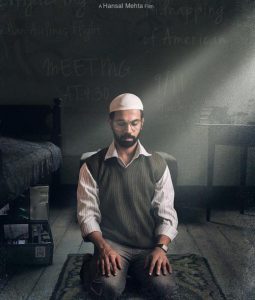 Talking about his role in the movie, Rajkummar said to a leading daily, “Playing an anti-hero was an exhausting experience. A lot of preparation was needed to play the character of Omar Sheikh in ‘Omerta.’ I watched a lot of documentaries and hate speeches to cultivate anger in me.”

“Apart from watching documentaries, I also was in London, to get used to the accent and learn about the culture there. I was simultaneously growing my beard to physically also resemble him (Omar Sheikh). I was also working out, trying to be strong physically,” the actor further added.

Produced by Nahid Khan and Presented by Swiss Entertainment and Karma Media, Omerta also has an ensemble cast featuring Timothy Ryan Hickernell, Kewal Arora, Rajesh Tailang and others. The film is set to release on April 20.