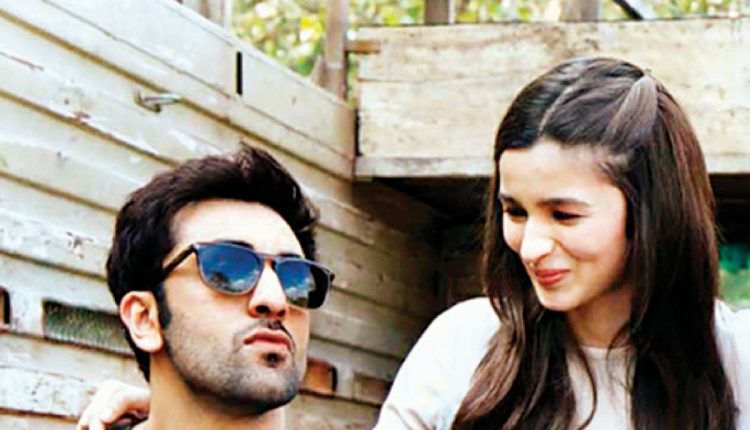 As reported earlier, Alia Bhatt will be seen with Ranbir Kapoor for their next, Brahmastra  helmed by Ayan Mukherji. The actors have started preparation for their next. The duo will be sharing screen for the first time in Brahmastra. The Ayan Mukerji directorial, backed by Karan Johar’s Dharma Productions, is touted to be a three-film franchise and shooting for the same is to begin pretty soon.

As of now, Alia and Ranbir are in Sofia, Bulgaria, training hard for the fantasy-adventure flick. The duo will be seen performing some high octane action sequences and stunts in the film and so they’re training pretty hard for it.

Recently, their trailer Jonathan Fletcher shared a picture with Ranbir and Alia, on his Instagram account. The selfie, clicked by Ranbir Kapoor, is proof how excited both the actors are for their first film together.

Training with Ranbir Kapoor and Aliaa Bhatt in preparation for the biggest Bollywood movie ever! I would never Imagine all the hard work these guys are going through, and I am sure this movie will hit the screens like the sun hits the 🌏. Huge shoutout and thanks goes out to my teacher, mentor, friend, @portal.ido for sending me numerous times to India to teach these amazing people, who have become good friends and will always be in my heart. This photo is after a very special movement training session in Sofia, 🇧🇬. Photo taken by the long arm man -Ranbir Kapoor. . . . #idoportal #idoportalmethod #movementculture #movement #RanbirKapoor #ranbir #aliabhatt #alia #brahmastra #bollywood #movementtraining #nuboyana #sofia #nofilter

Brahmastra is slated to hit the theatres on August 15, 2019

Anil Kapoor Says Delhi Feels Like My Own City