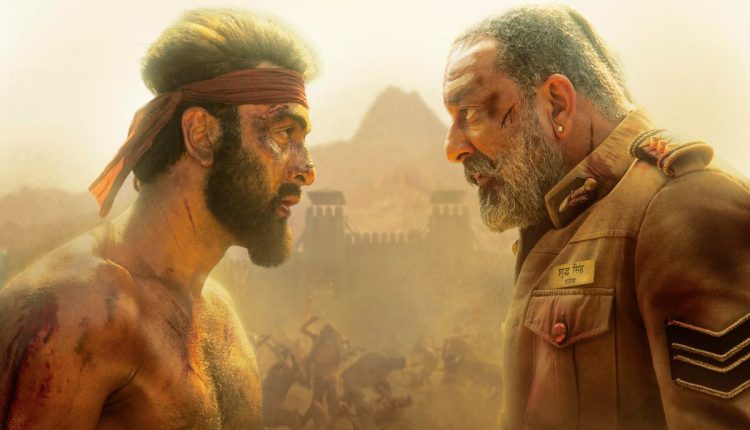 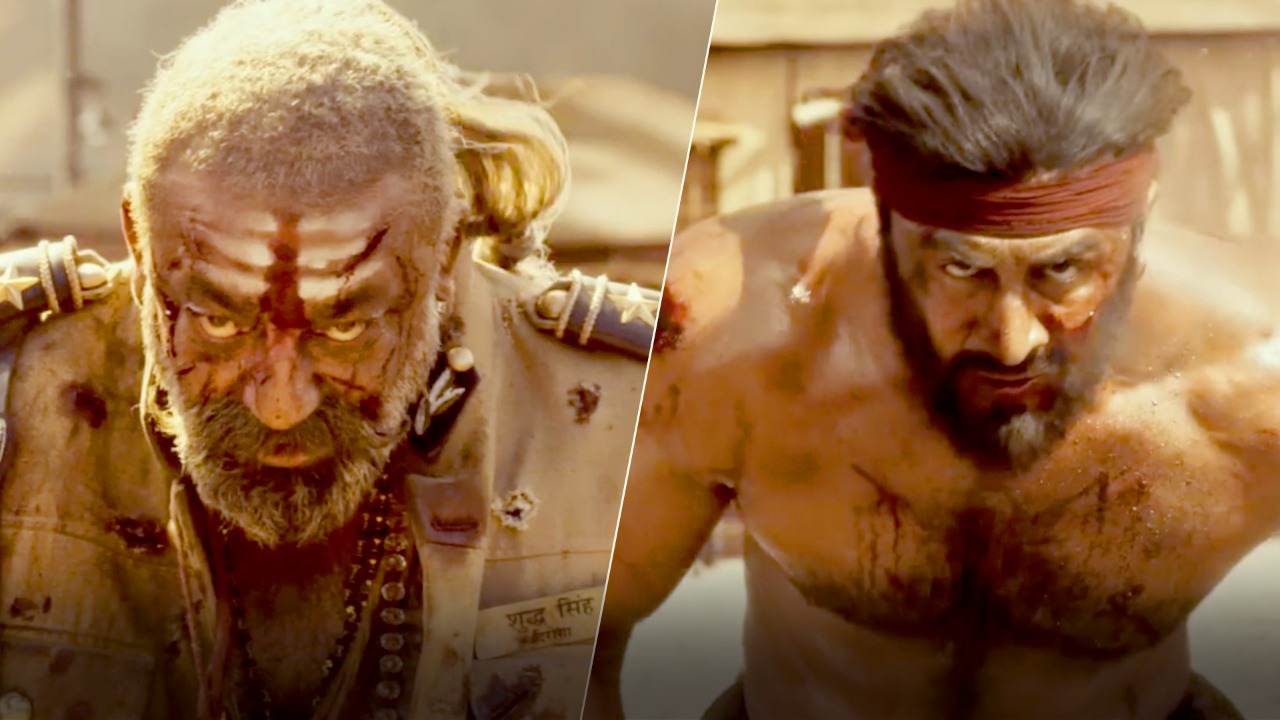 Simply because Ranbir Kapoor wasa return to the big screen after four years and secondly he was pitted to clash with Sanjay Dutt, You will surely recall that Ranbir had put in an award-winning awesome-performance in and as Sanjay Dutt in the bio-pic hit movie ‘Sanju’ (2018). But the film met my expectations only to a certain extent.

Action-drama-thriller Shamshera directed by Karan Malhotra ( of ‘Agneepath fame) set in 1871 centres around a dacoit-tribe Khamerans and their fierce fight for independence against the British rule..

The script-screenplay offers a variety of entertaining fare ranging from brutal violence to flashes of emotional intimate romance in songs, sensuous rustic item-songs ( desi belly-dances) to betrayal of trust and crude regressive punishment to second generation vengeance and redemption.

Set in an era of British Raj, led by Ranbir Kapoor as both father Shamshera and son ( Balli) and the leader of a brave warrior clan degraded to plundering and dacoity during the Mughal era.

A nagging terror for the upper castes, they are deceived by the British army and enslaved in a strong fortress, thanks to the devil-incarnation sadistic police officer (daroga) Shuddh Singh (Sanjay Dutt).

In an attempt to find freedom for his clan, Shamshera is made a scapegoat and brutally killed after being branded a ‘bhagora’ by his pregnant wife.

Predictably, twenty-five years later, the bhagora’s macho son is all grown up. Balli, a fun-loving yet smart youth, aspires to be an officer in the same army that killed his innocent father while still shackled to slavery.

After getting to romance gaon-ki chulbuli-glamorous gori Sona (Vaani Kapoor), and Balli becomes a leader-messiah, touted as the new avataar of Shamshera, who, (like the fabled Robin Hood and his gang of buddies) try all kinds of weird strategies to free his people from the hands of the cruel British Raj and the badmaash darogah.

Director Karan Malhotra has presented an engaging narrative story ( uncanny strange similarity to the lead characters of the recent runaway hit KGF-2 ?) that seems to be the current flavour of the season.

Amidst all the violence and action-fights with spectacular backdrops, there is also this engaging scene of the ‘Queen’s Crown’ daring theft from a running train

As expected, the spontaneous super-actor Ranbir Kapoor returns with a refreshing big bang to the big screen, and makes a classy impact as the saviour-dacoit ‘Balli’.

Be it Shamshera romancing the much-elder actress Iravati Harshe, or playing her son Balli later on, Ranbir performs both roles effortlessly with his swag And he deserves the crown The vivacious Vaani Kapoor adds romantic sex-appeal to her cosy intimate scenes with hero Ranbir as ‘Balli’ and proves to be an agile graceful dancer in two foot-tapping item numbers.

She performs a child-delivery scene in the most unusual place—in the huge gap of a tree-trunk. Mature senior star-actor Sanjay Dutt often steals the show with his signature-style patented dialogue delivery who steals the show as the frowning, menacing, manipulative and heartless ‘ashuddh’ daroga Shuddh Singh.

Karan Malhotra’s direction is good but could have been much better. For instance the flight of a flock of crows shown several times adds mystery and eerie intrigue.

But how and why the helping crows arrive on cue and what is their mysterious association with Shamshera or Balli is not explained Composer Mithoon’s music lacks the instant recall-value magic could have been much better..

The title track and ‘Ishq Baarish’ fascinate and impress mainly due to the visuals. However Mithoon’s background score is commendable. On the whole, Shamshera is good as a one-time must-watch especially for the fabulous clap-worthy performances of both Ranbir Kapoor and Sanjay Dutt.

Urvashi Rautela looks ravishing in this highly ripped denim, as she grooves onto the hook step of her song PO PO PO in the flight