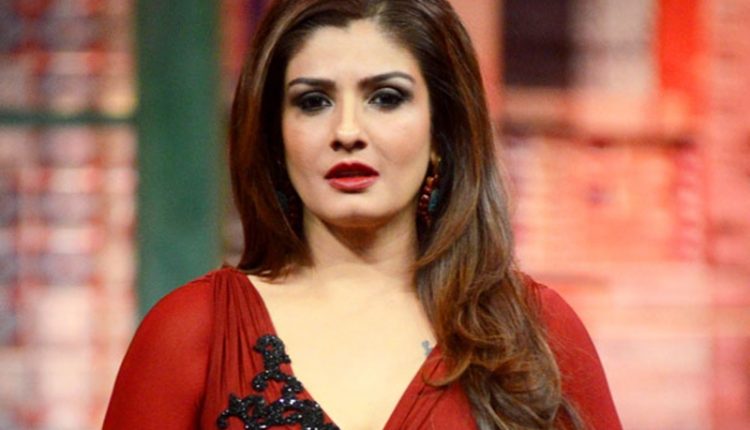 Animals suffering in circuses have a fresh ray of hope, with the outspoken actor Raveena Tandon now supporting their freedom. The actor has written to the Minister of Environment, Forests and Climate Change to impose a ‘complete and immediate end’ to the use of all animals in circuses. She joins another actor Dia Mirza, who had also asked the government to end animal circuses.

In the letter, Raveena observed “I believe that it is time we dissociate cruelty from entertainment, and let these majestic creatures be where they belong. Our culture also has many traditional art forms which showcase the skill of our artists. They should be adopted by circuses to evolve into an engaging and healthy entertainment”Raveena Tandon supports the Federation of Indian Animal Protection Organisations (FIAPO), which has been campaigning for the freedom of these abused animals.

Lending her support and appreciation to their work she said, “I express my support to FIAPO’s End Circus Suffering campaign, which has helped hundreds of circus animals to be freed from this cruel form of entertainment. I urge you to consider the universal cruelty to animals in this industry and impose a complete and immediate end to the use of all animals in circuses.”

SHREYAS TALPADE AND WIFE HAVE A BABY GIRL THROUGH SURROGACY

PARINEETI CHOPRA AND SIDHARTH MALHOTRA TO TEAM UP FOR SHOTGUN SHAADI?