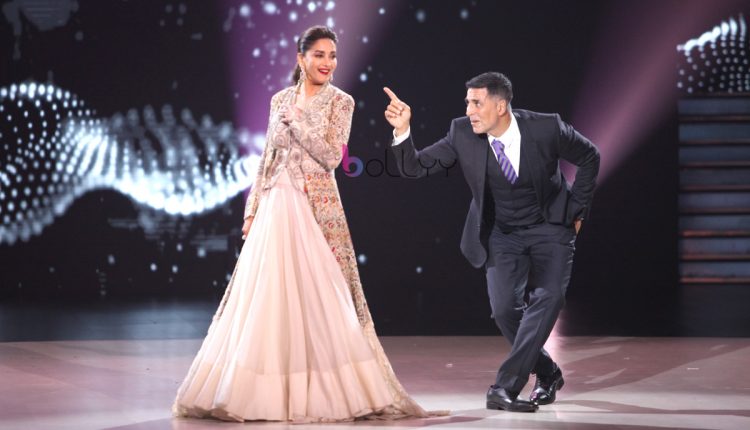 A special moment will be witnessed when Akshay Kumar  and Madhuri  Dixit come together and share the screen after a long hiatus. They were last seen together in Dil To Pagal Hai, apart from which Akshay and Madhuri have acted together in Aarzoo. Giving the audience a special glimpse of the chemistry they share, the duo will be seen dancing on their famous song,  ‘Ab Tere Dil Mein’.

A source from the sets revealed, “We were all  waiting for them to come on stage and perform as its been a long time we got to see them together. They managed to recreate the song beautifully and also were reminiscing about their days of shooting together.”

Bringing the stage alive and recreating a magical experience, Akshay & Madhuri had the entire crowd swoon to their romantic choreography.

After Leaving Crime Patrol, Know What ‘Anup Soni’ Is Up To