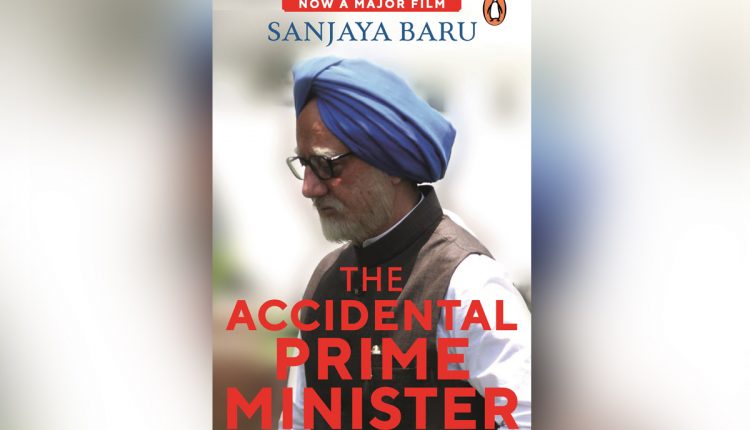 The first look of Accidental Prime Minister featuring Anupam Kher made huge zest in the nation. The very fact of a movie being made on former Prime Minister and his ‘making and unmaking’ made headlines everywhere. The striking resemblance of Anupam Kher as Dr. Manmohan Singh has turned heads and how. While the entire cast has been announced and all their looks have been revealed, audience are eagerly waiting for the movie to finally hit the theatres.

The movie is an adaptation of a memoir by Sanjaya Baru, and is slated to release on 21st December. But since the movie is so topical, the publishing house of the book – Penguins Publishing house has put Anupam Kher’s look on the cover. Now that’s a huge achievement for the makers as the ‘reel’ version of the protagonist of the book has been featured on the cover. The book with the new cover will be available in the stores from 19thOctober.

Says Director Vijay Gutte, “We knew people have liked the first look and are talking about the movie, but to come in the cover of the book on which the movie is based is a huge achievement for us. Its nice to be accepted by the audience prior to the release of the film.”

Based on a memoir by Sanjaya Baru, The movie is directed by debutant Vijay Ratnakar Gutte, along with Hansal Mehta as the creative producer and also features Akshaye Khanna as Sanjaya Baru, the former media advisor to the PM. The script is written by Mayank Tewari and Vijay Gutte.

The film is produced by Bohra Bros and is slated to release on December 21, 2018.

Aditya Roy Kapur reads up on Indian history as part of his prep for Kalank !