Rekha, Shah Rukh Khan, Karan Johar An Among A Host Of Other Beauties Emerged As Winners Of The Night

After 90 years of celebrating beauty and two successful editions in the past where the Lux women have taken centre stage, the Lux Golden Rose Awards in its third year congregated B-town’s biggest and brightest stars across eras to extend their support for UN’s HeForShe. Lux got megastars Shah Rukh Khan, Akshay Kumar, Varun Dhawan, Rekha, Alia Bhatt, Madhuri Dixit- Nene, Jacqueline Fernandez, Kajol, Aishwarya Rai Bachchan, Kareena Kapoor and Karisma Kapoor, Hema Malini, Zeenat Aman among others to stand in solidarity for gender equality in a one of its kind extravaganza celebrating female cinematic legends of the silver screen.

Unforgettable and beautifully crafted iconic moments have stood out of every Lux Golden Rose event and this time too mesmerizing charisma, remarkable elegance and extraordinary grit came together for a night to remember.

Janhvi Kapoor on winning Lux Golden Rose Emerging Beauty Of The Year said, “This is an encouraging and humbling award. My parents have always maintained that a good artist is a reflection of a good and honest person and I hope to prove myself by doing exactly that.”

Hema Malini commented on her win, “I am extremely honored to receive this award alongside beautiful women from both past and the present.”

Aishwarya Rai Bachchan on receiving the award said, “It is humbling to receive this award and I feel privileged to receive this with my seniors, colleagues and contemporaries”

Kareena Kapoor Khan commented on her win, “Receiving an award is always special. It is even better now since I am sharing stage with my favorite girls (Shikha and Swara). I want to thank Rhea for making this fantastic film.”

Alia Bhatt commented on her win, “My childhood dream of becoming an actor came true because of a lot of special people, without whom I would not have been unstoppable.”

Rekha had to say some beautiful words on receiving the Lux Golden Rose Legendary Beauty Awards “I have always believed that beauty comes from within. Thank you all for loving me and instilling this beauty in me which will live on forever”

Iconic moment was created when eternal beauties Rekha, Hema Malini, Helen and Zeenat Aman congregated under one roof and gave die-hard fans a chance to re-live the beautiful memories and added an ageless elegance to the evening. The dancing queen of Bollywood Madhuri Dixit- Nene took audiences down the lane of nostalgia as she performed to tracks of Lux Superstars including Dream Girl (Hema Malini), Laila Mein Laila (Zeenat Aman), Yeh Mera Dil (Helen), Hawa Hawaii (Sridevi) and her very own song Tamma Tamma.

Continuing the line-up of incredible acts, the charming superstar, Varun Dhawan’s performance was a tribute, celebrating the gorgeous women he has had the chance to share screen space with – including his Judwaa 2 co-star, the charismatic Taapsee Pannu and the other half of his blockbuster jodi – the supremely talented Alia Bhatt.

Kareena Kapoor Khan, as usual never failed to surprise and left audiences spell-bound being her vivacious self as she performed on superhit tracks of her male co-stars. The line-up included her favorites and megastars Salman Khan and Shah Rukh Khan, her Ki & Ka co-actor and friend- the handsome Arjun Kapoor and her husband himself- Bollywood’s very own Nawab- Saif Ali Khan.

The act was a celebration of gratitude to the co-actors who expressed Kareena’s inspiring presence in their professional and personal lives. Since the evening was all about men and women of celluloid standing together in solidarity, the acts beautifully brought out the mutual love and respect within the film fraternity and more so the immense admiration for the beautiful legendary women of cinema.

The night ended on a high note with the ruling men of Bollywood – The Badshah and Khiladi along with the super charming Varun Dhawan who came together to celebrate these iconic women and the women of the country – the HeForShe finale. The three gentlemen brought together beauties across eras like Rekha, Zeenat Aman, Madhuri Dixit- Nene, Karisma Kapoor, Kareena Kapoor Khan and Janhvi Kapoor on stage for a momentous grand finale.

Shah Rukh Khan commented on the evening dedicated to HeForShe, “This night is dedicated to the beautiful women of cinema who have made our lives worthwhile. These women (female superstars) have contributed in making me a better human. I would also like to applaud Lux for being a part of our lives for 90 incredible years.” 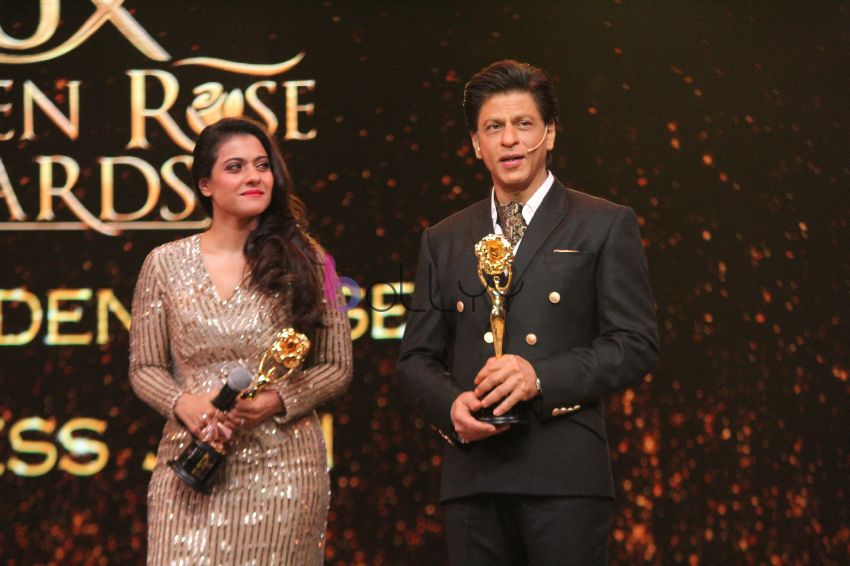 On the occasion Akshay Kumar said, “When women are strong, families become strong and countries stronger. I am happy to be a part of a family which has many strong women like my mother, my wife, my sister and my mother –in-law.”

The evening also housed a sizzling performance from this year’s star debutants, the lovely ‘Dhadak’ pair Janhvi Kapoor and Ishaan who performed on hits like Dhadak, Jugni, Kar Har Maidan Fateh and the chartbusting Zingaat. This year the event was more special because of the landmark occasion of male actors standing in solidarity with their female counterparts and celebrating their immense contribution to the industry. 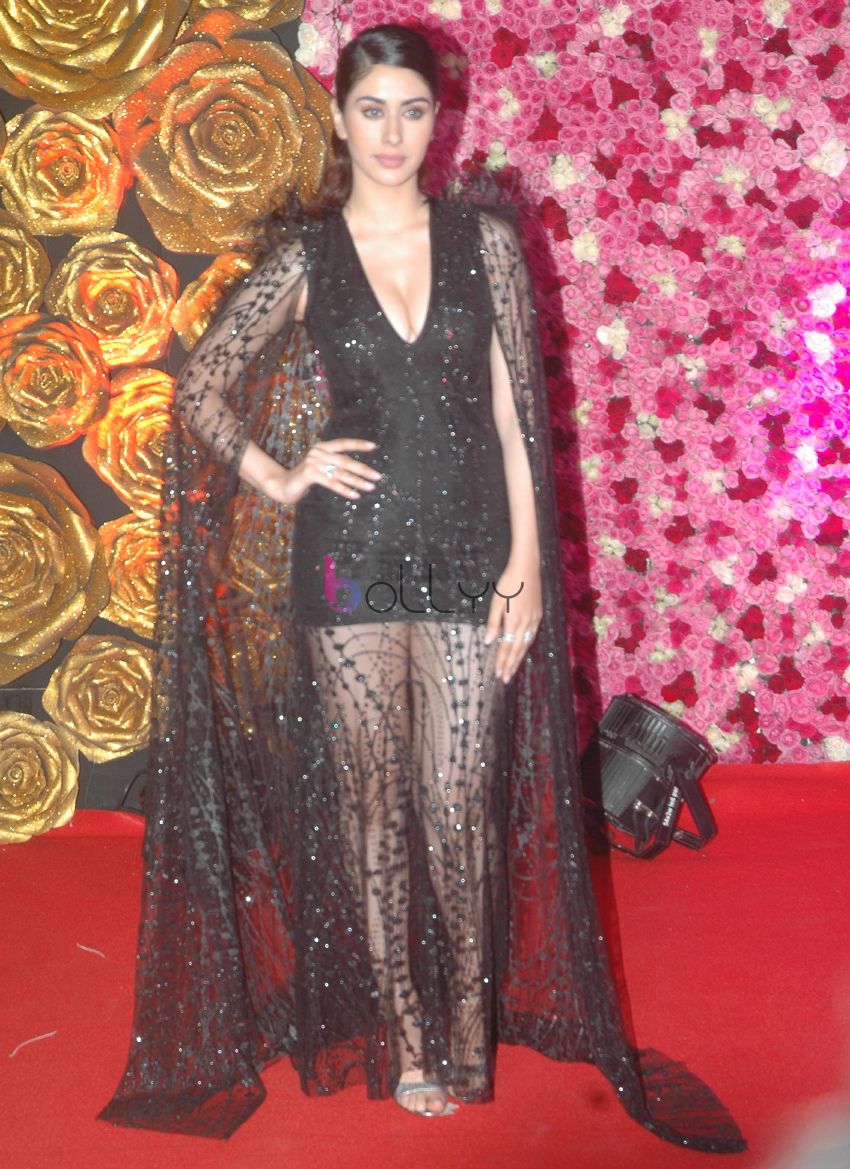 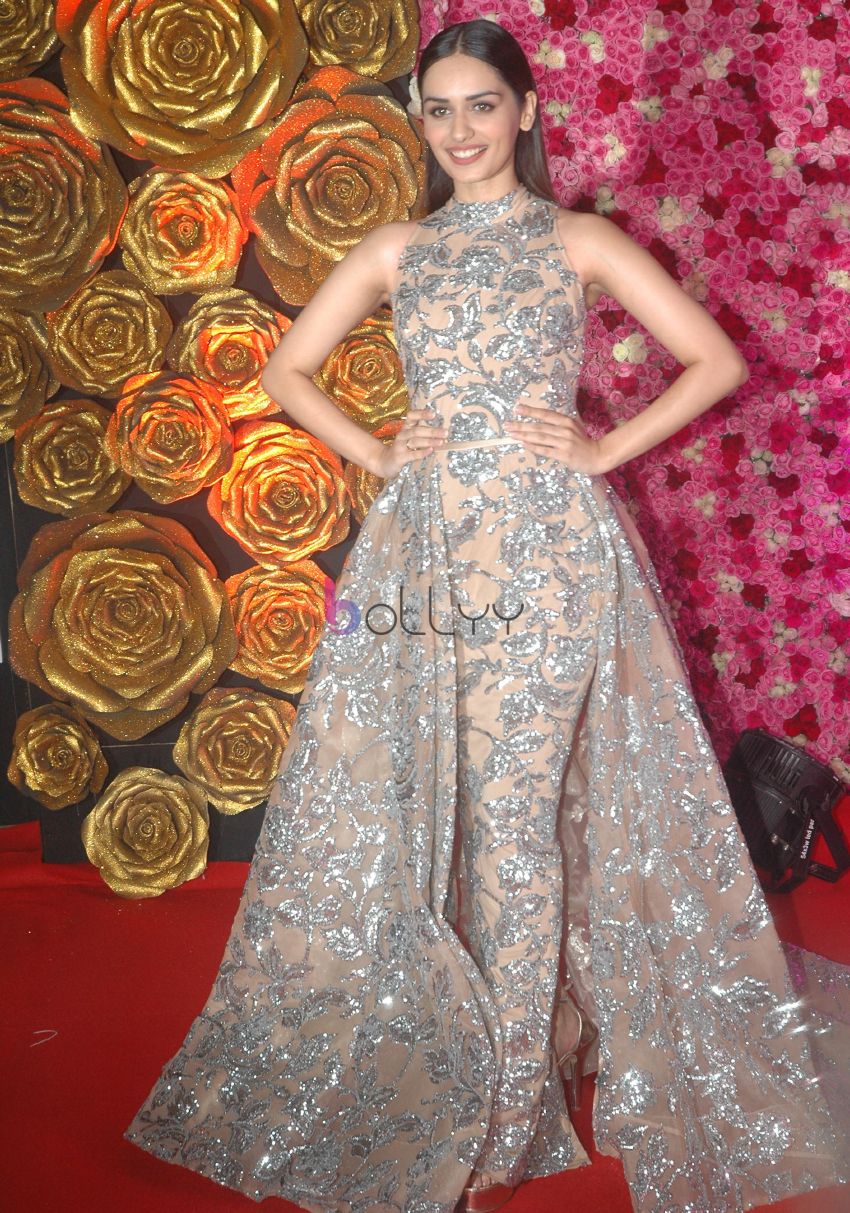