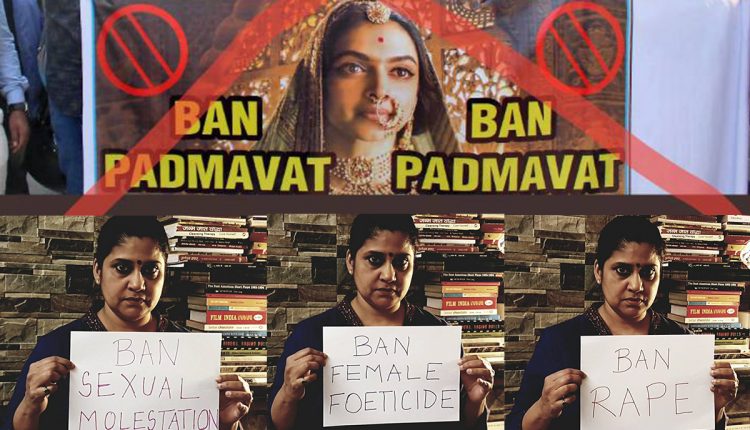 This was a long Journey for Sanjay Leela Bhansali’s Padmaavat to finally hit the screens and reach the audience. After all the controversies from its inception, to protests by Karni Sena to ban by various states, finally, the movie is ready to reach audiences and pay for the hard work of the artists involved.

Protestors do not seem to calm down, even when Central Board of Film Certification has granted it an U/A certificate with a new title and the Supreme Court of India has given the nod to the movie for release. Several groups are still there who express their anger against Deepika Padukone, Shahid Kapoor, and Ranveer Singh starrer movie and are also threatening the audience from watching the film in theatres.

The Bhansali’s film is strongly supported by other B-town stars and adding to this the Hum Aapke Hain Kaun fame actress Renuka Shahne has sent out a strong message for all the haters. She is famous for being vocal about her opinions on matters, and now she has expressed her views on protestors seeking Padmaavat ban which has gone viral on social media for all right reasons. The actress has posted a picture of protest with people holding a banner with ‘Ban Padmavat’ over which she has put a big red cross indicating that this ban is not the need of the hour. Along with this, the actress posed with three placards which read- ban Rape, ban Female Foeticide and Ban Sexual Molestation. This post of her got over 5000 likes in just 12 hours.

This controversy is turning new chapters every day. Now, the rest can be seen on 25 January when the movie hits the big screens.
Deepika PadukoneKarni senaPadmaavatRanveer SinghRenuka ShahaneSanjay Leela Bhansali
0 352
Share

RANVEER SINGH AND ARJUN KAPOOR ON BOARD FOR ‘NO ENTRY’ SEQUEL?

RAJESH PURI FEELS THAT THOUGH HE HAS DONE OVER 130 FILMS , HE HAS STILL NOT FOUND A…

IMDB”S CHOICE OUT OF FLICKS STREAMING ON NETFLIX