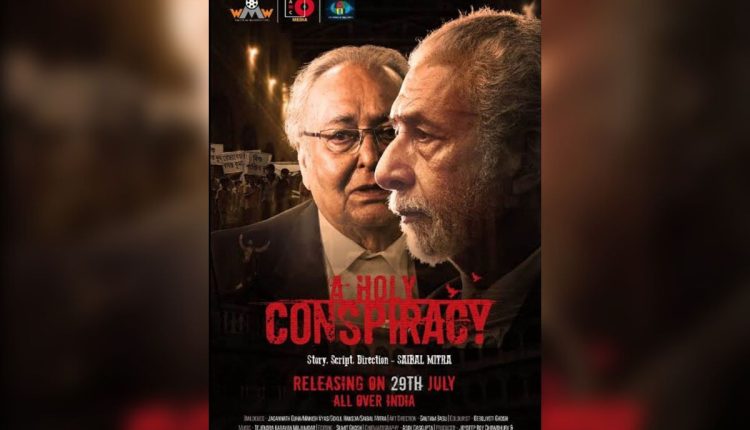 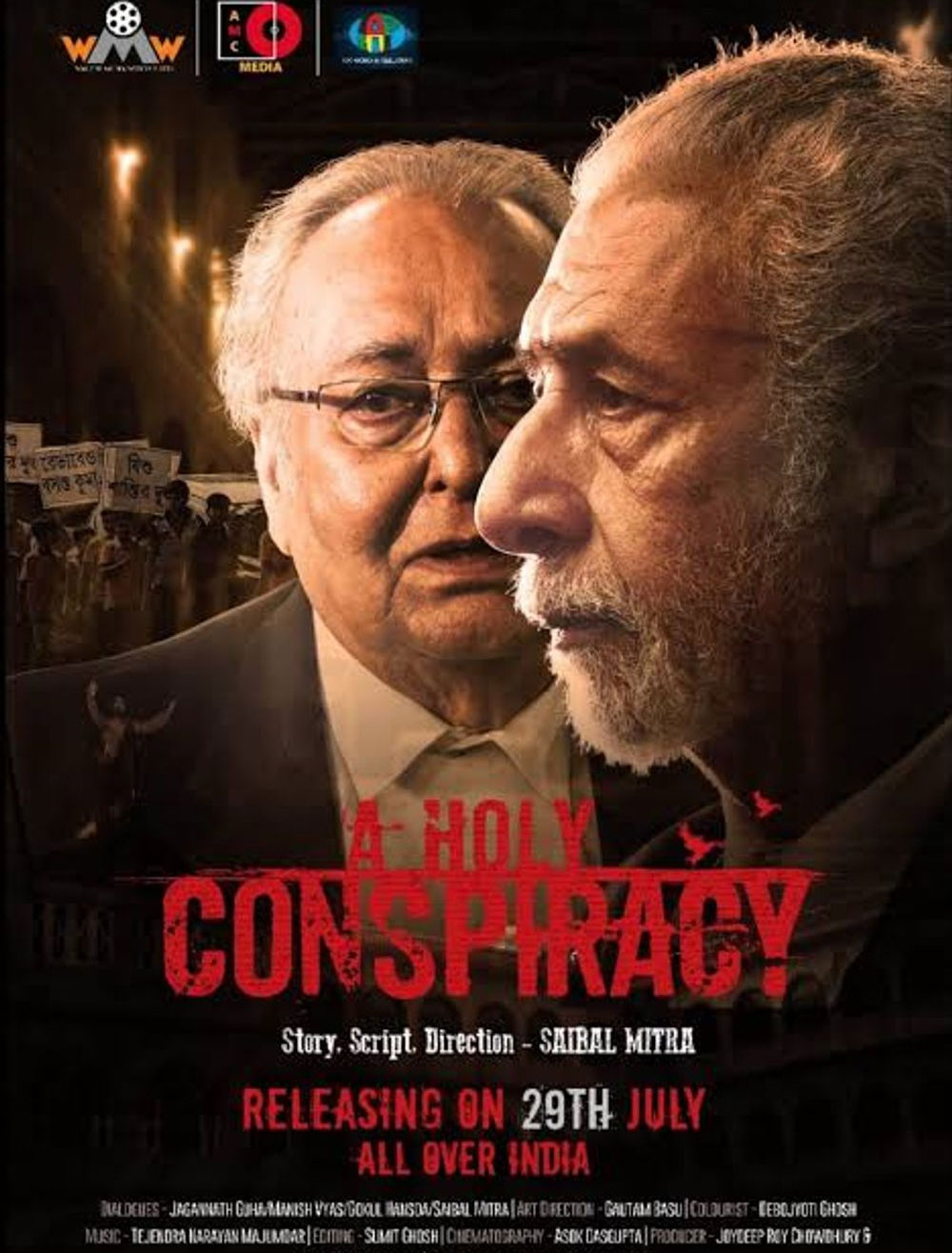 The film revolves around the premise of a Science teacher of Hillolganj Christian High School, Kunal Joseph Baske (Sraman Chaterjee), who is suspended from his Christian missionary school, and imprisoned on false charges, only because he refuses to teach the Biblical story of Creation before Darwinian Evolution and how a reclusive lawyer named Anton De Souza (Naseeruddin Shah) agrees to fight his case, and faces an old ally in Reverend Basanta Kumar Chatterjee, (Soumitra Chattopadhyay) in court.

However, in a strange turn of events, a bigger and more sinister conspiracy and local politics are at play, as an influential local politician fuels the fire and ultimately uses the issue for his gain. 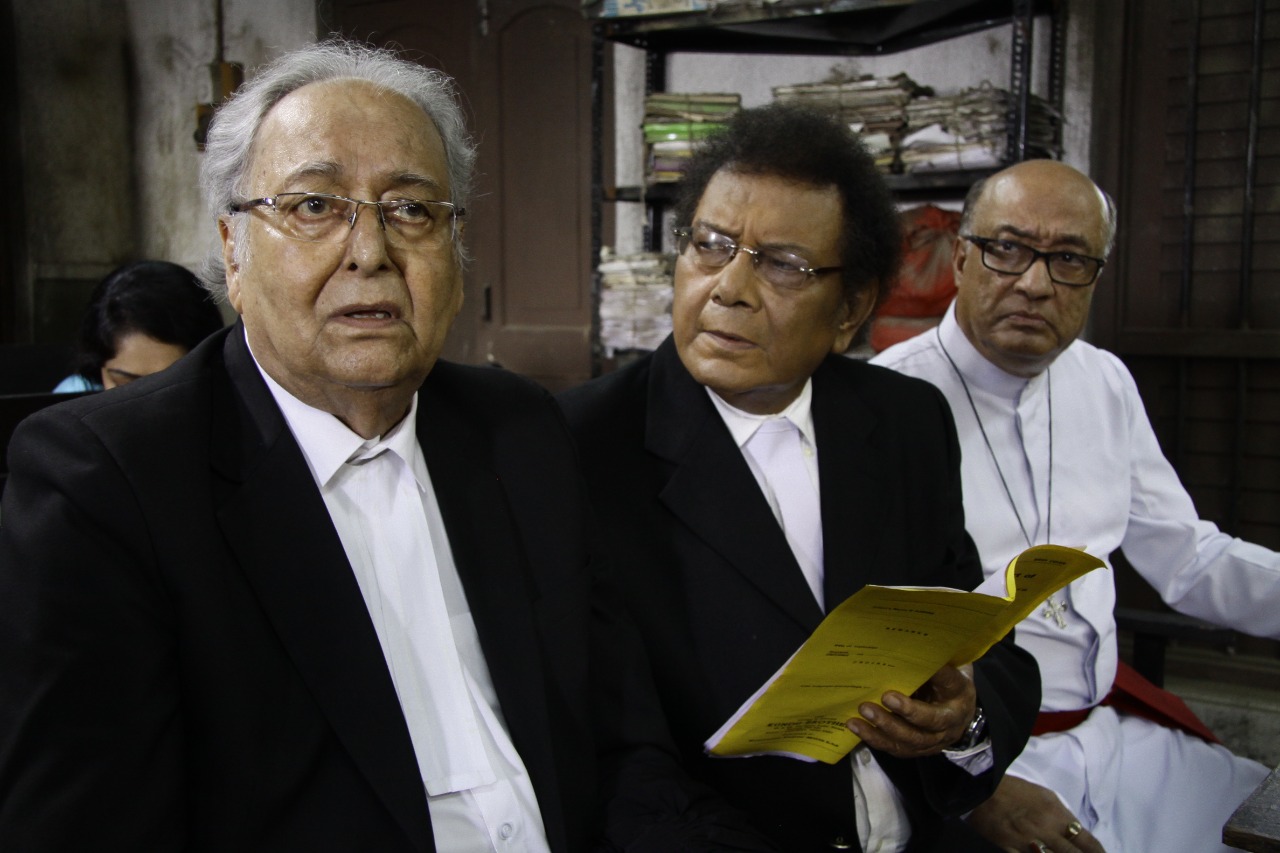 Not only does the school suspend him for going against their rule of first teaching about the Genesis, but unfortunately. Kunal is put behind bars for two months on false charges, as a local politician gives this episode a communal colour.

A Holy Conspiracy hits home with its theme that every citizen has the constitutional right to differ in religious beliefs as much as one has to practise and protect their faith. 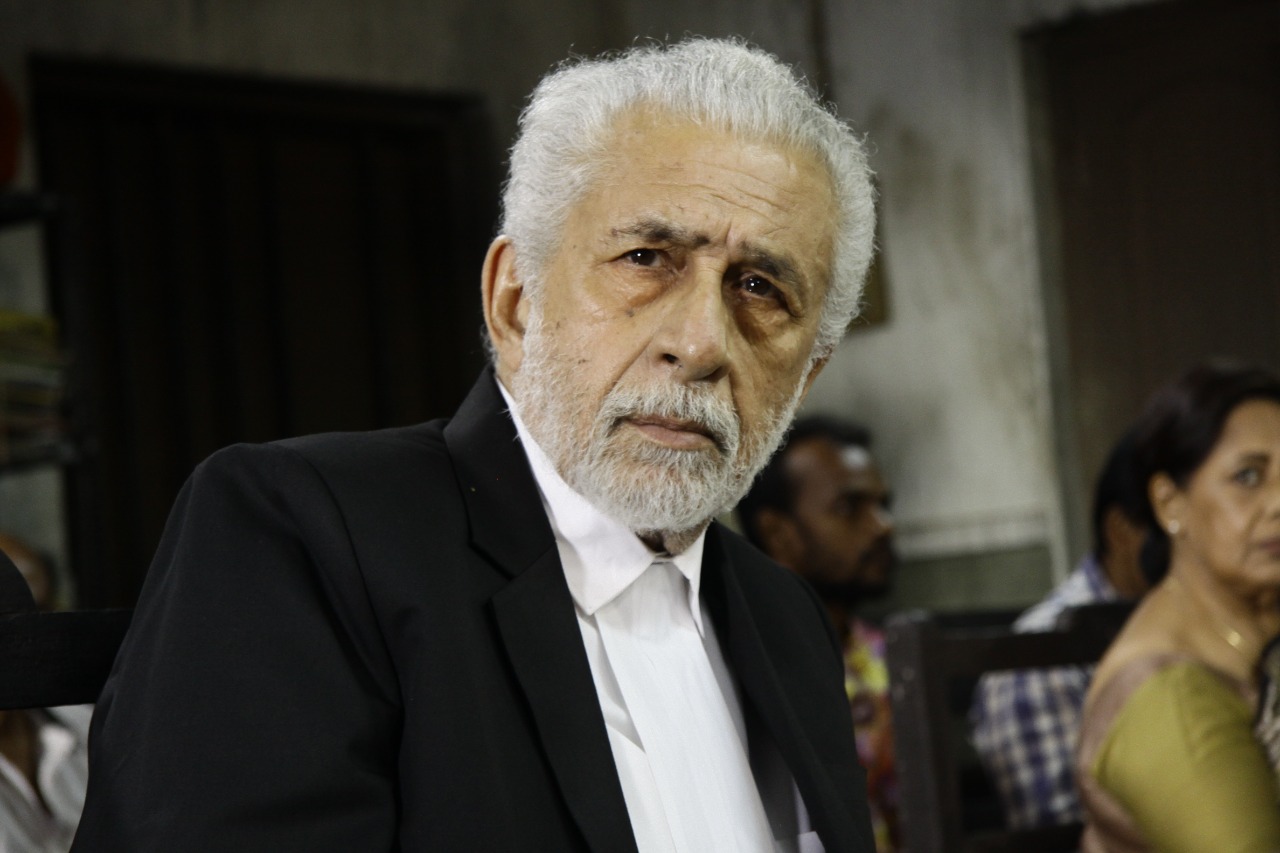 It has three stakeholders — religious zealots, the rationals and the misguided. Kunal is in a quandary for preferring science to a holy text. The church sees him as an atheist and apostate, and he’s a Maoist for the authorities.

It is a verbose film, whether you like it or not. As far as performances go, Naseeruddin Shah is a treat and so natural. He kind of plays a Goan man living in a tribal village. Not for once does he let the energy of the entire movie dip. 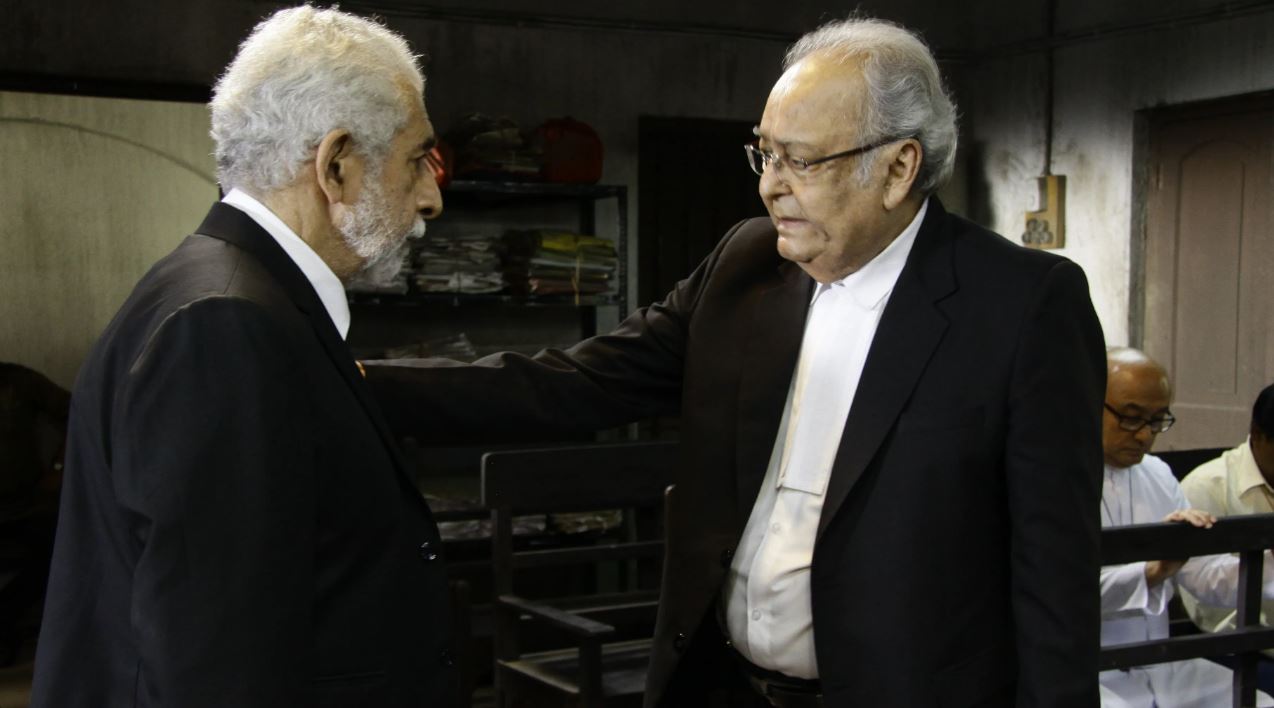 For competition, he does have the Late Thespian Soumitra Chattopadhyay who plays the man who supports the Bible and is a blind follower. Mitra writes him as a misguided man and a fanatic, but the master actor even plays the part in a masterly way that you cannot hate him for having faith in something.

Sraman Chatterjee is a man of few words. He certainly might have lived this story in his head over and over to have those expressions on his face. He is the scapegoat for a local politician to fill his vote banks. Amrita Chattopadhyay as his fiancée lives in a dilemma and plays it well. 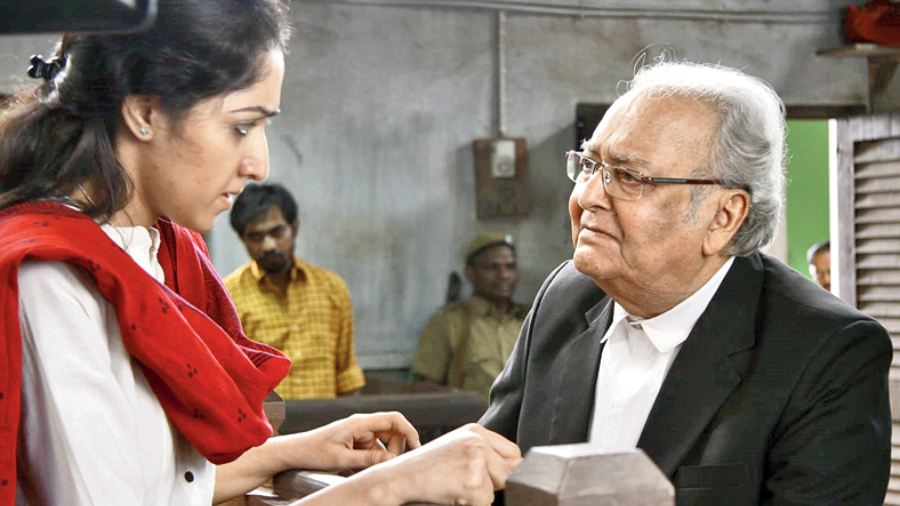 Never mind even if it is a verbose film with dialogues in Bengali as well as Hindi and English bordering around a serious courtroom drama, the best thing about the director Saibal Mitra is that he has succeeded in pulling off a complex and multi layered script with two of the most exemplary actors by making them underplay their parts in order to elicit from them the natural impact.

‘777 Charlie’ and ‘Rocketry: The Nambi Effect’ are releasing on Voot Select