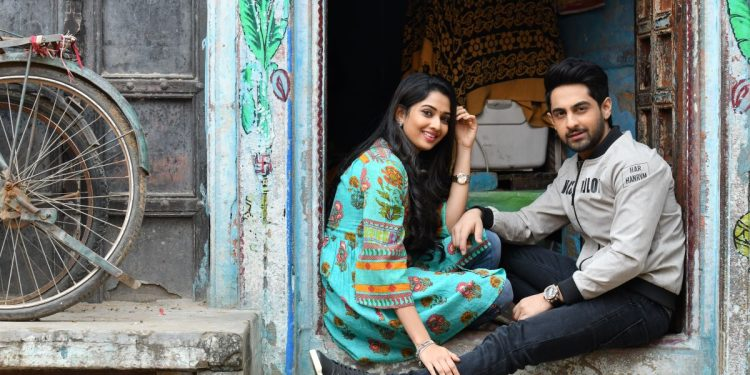 After the success of Bell Bottom, director Jayatheertha returns with a pan-India venture titled, Banaras. The film also marks the debut of a Karnataka politician’s son, Zaid Khan. Siddharth (Zaid Khan), to win a bet with his friends, lies to Dhani (Sonal Monteiro) that he is a time traveller from the future and tells her that they belong together eternally. Innocent girl Dhani, a successful singer, who has her eyes set on winning a reality show, trusts him blindly, and agrees to go on a date with him.

Siddharth somehow ends up in her bedroom following a cock-and-bull story which he cooks up over time travel. Soon, What’s more, he even convinces Dhani to spend an evening with her in her house. When she is asleep, Siddhartha clandestinely clicks an intimate picture with her and shares it with his friends on the social media.

To celebrate the winning of the bet, Siddharth and his friends jet off to an undisclosed foreign location. Back in India, the leaked photo puts Dhani’s career and dreams in jeopardy. Upon returning to India, Siddhartha gets to know about this and heads to Banaras, since that is where Dhani is staying to apologize and correct his mistake. However, things are not so easy and it is not that easy to convince Dhani that what he did was extremely mean.

Banaras is an out-and-out Jayathirtha’s film. Back in his 2011 film, Olave Mandara, Jayathirtha had explored a small but very touching love story set in Banaras. This time aro0und, Jayathirtha sets out to present a better one on a bigger scale and canvas. It would not at all be out of place to state that the city of Banaras itself is like a second hero here, especially since director, who had earlier directed the film Bell Bottom, Jayathirtha has practically set out to explore every nook-and-corner of Kashi and presented it picturesquely on screen in a very exotic as well as poetic manner.

As far as performances go, I should say that Zaid Khan, who is a lookalike of Ayushmann Khurrana, comes as a surprise package and for a debutant, looks confident and delivers a mature performance. He looks the part, fights with gusto, dances and sings from his heart, and also emerges out as a very promising actor, though he has chosen an experimental film, like Banaras.

Sonal perform very well in emotional scenes, a challenging area for most debutants and I should say that the girl, who plays an innocent girl, has lived up to the expectations. Sujay Shastri, who plays Shambhu, a photographer who only captures images of the dead, delivers a brilliant performance during the climax. Senior actors Achyut Kumar, Devraj and Swapna Raj look the part and have played their roles to perfection.

The film loses its pace, fizz as well as sanity when time goes for a toss as Siddharth starts hallucinating about murders that he is on a desperate race to prevent them in future. Though the film has minor-yet-ignorable flaws and loop holes, as the time travel and time loop are a little testing at times and also the concept itself is very new, it watchable once especially as music composed by B Ajaneesh Lokanath helps in many ways to alleviate the boredom provided relentlessly throughout the film.