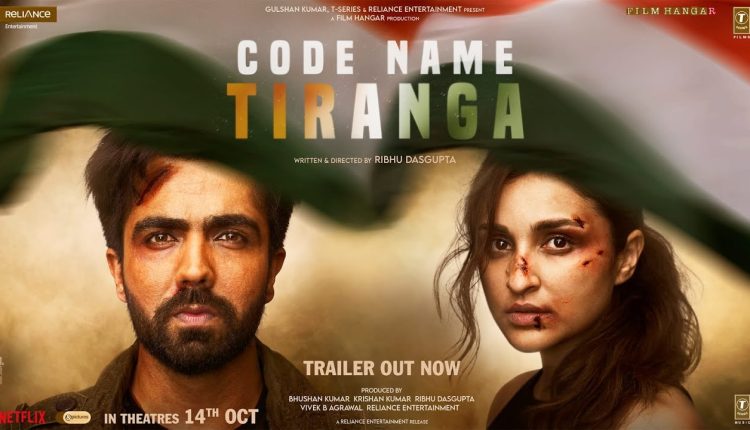 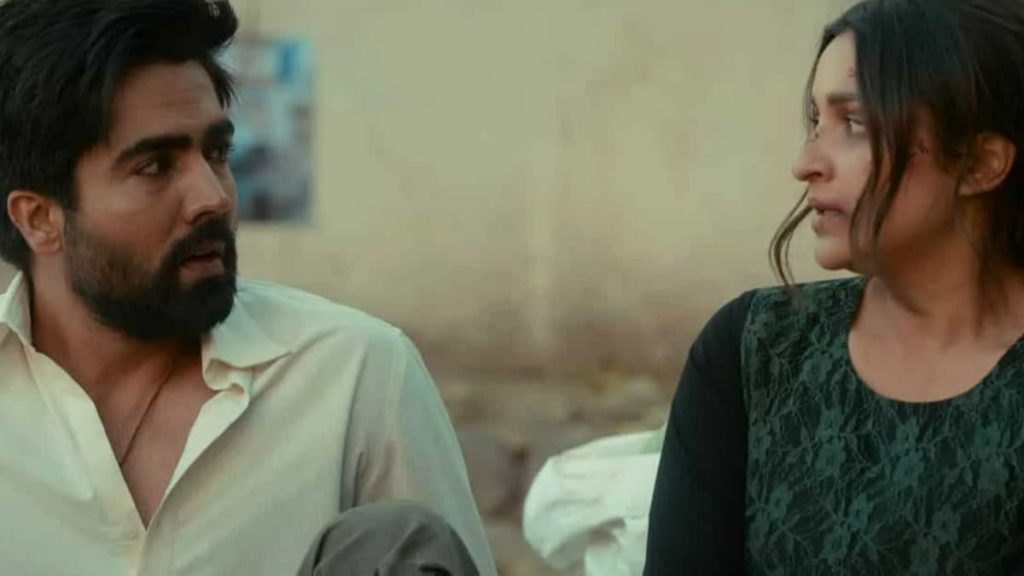 The film begins on a promising note with Durga (Parineeti Chopra) , who ,on a secret mission to Afghanistan, tumbles into Dr Mirza Ali, (Harrdy Sandhu), as they share a cab to the same destination. Durga is actually an undercover cop sent by RAW to get rid of Khalid Omar (Sharad Kelkar) because he had attacked the Indian Parliament back in 2002. She is only conniving to use the naïve and poor Ali to get to Khalid Omer and later on life has to choose between her love and her country. Parineeti Chopra had been a part of Ribhu’s previous psychological thriller, The Girl on the Train, but to her credit, she takes on a completely new persona this time around. 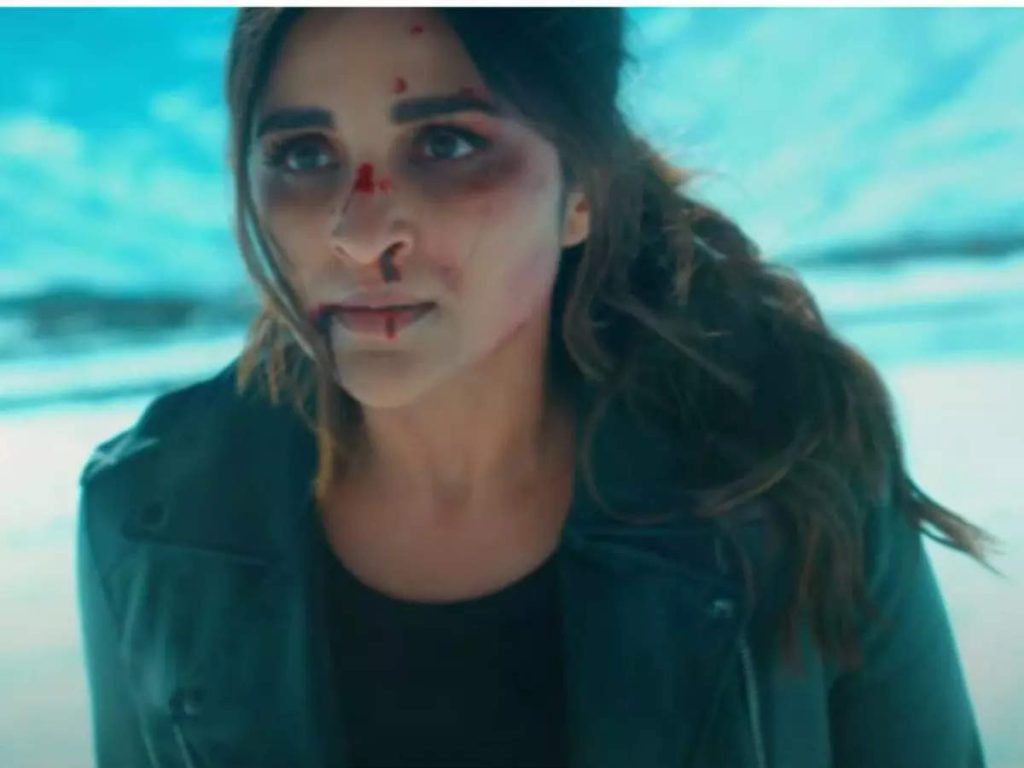 There is nothing which is redeemable about this film which fails to engage the viewer. Parineeti Chopra takes on the villains and shows off her violent streak with aplomb. The portions where she engages in hand-to-hand combat and the gunfights are quite slick and exemplary.

Punjabi singer and actor, Harrdy Sandhu who was last seen in Kabir Khan’s 83, lends solid support to the narrative in the role of Durga’s romantic interest and leaves an impact though he has been short changed since it is a platform which has been designed out and out to display the prowess of Parineeti Chopra.

While Sharad Kelkar as the main antagonist Omar, fails to lend dimension to his character though he tries too hard to give it credibility of its own. Sishit Sharma is a delight to watch while Rajit Kapoor is a saving grace. Divyendu Bhattacharya and Sabuasachi Chakraborty have been grossly wasted considering the immense talent that they possess.

The biggest minus point of the film is that its script could have been better since it just appears to be a mash-up of many similar action thrillers, including Ek Tha Tiger, Raazi and others. The film falls short of a solid storyline, and well-thought-out screenplay that justifies the action scenes. These chases and confrontations are skilfully orchestrated in the lanes of Turkey or Afghanistan, making them visually appealing to watch. The cinematography by Tribhuvan Babu Sadineni is a delight to watch.

To sum up, all said and done, I would say that right from the beginning, each and every development in this espionage thriller is just basic, predictable and what’s more, boring.