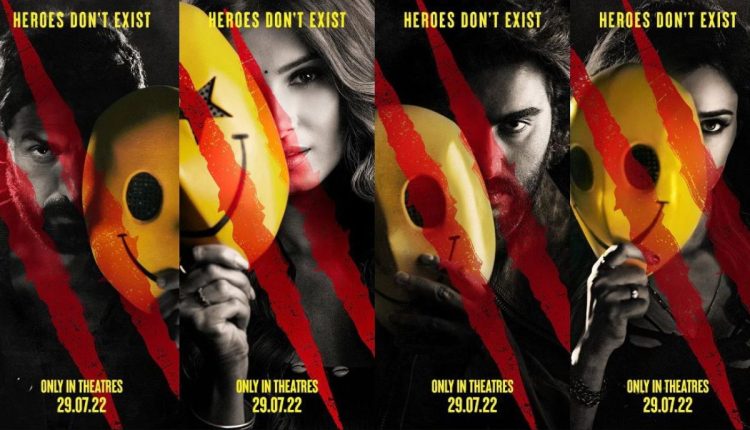 This film, supposedly the sequel to Ek Villain, is noy just a continuation of the earlier story but the story of a killer on the loose. It has nothing got to do with the earlier version but is entirely a new one.

It is about the brash new age scion of a rich dad -Gautam Mehra (Arjun Kapoor), who is brash and creates a scene at the wedding of his ex-girlfriend (Karishma ).

Aarvi Malhotra (Tara Sutaria) an up and coming singer makes a viral video of him beating up guests and security guards uses bits from this video to create a song. A famous singer Qiran (Elena Roxana Maria Fernandes) is all set to perform on multiple days at a musical festival.

Aarvi expresses a desire to perform at the festival instead of her. Gautam uses his wit and wickedness to get Qiran out and replace her with Aarvi. He plots and hey presto helps Aarvi to further get famous. She falls in love with Gautam.

Things take a turn when Gautam backstabs her and leaves as he wanted revenge for using his video clip to get fame. Six months later, Aarvi is having a house party when a killer arrives and takes her away while injuring or killing the rest of the guests.

A video from the scene of the crime shows Aarvi addressing the killer as Gautam. The cops conclude that Gautam is the culprit. It gets brutal, disturbing and devastating, throwing a challenge to the police and an observer of the criminal mind in the department played by J.D. Chakravarthi, who suspects Bhairav Purohit (John Abraham), a cabbie, who falls deeply in love with Rasika Mapuskar (Disha Patani) is the culprit

The song ‘Galliyan Returns’ is recreated from the original Galliyan of the 2014 film Ek Villain which was sung by Ankit Tiwari and written by Manoj Muntashir. The second single is titled ‘Dil’ followed by third single titled ‘Shaamat’ with Tara Sutaria making her singing debut and the fourth single titled ‘Naa Tere Bin’.

Though the plot has nothing to offer by way of novelty, there are quite a few interesting twists and turns which make you sit on the edge of your seat. As far as performances go, it is surprisingly Arjun Kapoor who scores the best with his facial expressions while John Abraham manages to act with a poker face almost throughout the film displaying his muscular veins.

Tara Sutaria has done her best while Disha Patani’s is a role which is half baked. Bharat Dabholkar plays a suave businessman with ease while J.D. Chakravarthy (of Satya fame) scores as a South Indian cop ACP Ganeshan.

All said and done, to sum up in just one nutshell, I’d say that Ek Villain Returns is a massy entertainer with a lot of twists and turns filled with everything from action to thrill to romance but unfortunately falters when it comes to delivering it as a cohesive plot, though at the turnstiles, it may have a lot of takers clamouring for it, because Mohit Suri has packed his film with a lot of chutzpah and glamor quotient.

Budweiser Celebrates The Spirit of Football in India;…

URVASHI RAUTELA SPOTTED AT THE INTERNATIONAL AIRPORT AS SHE…