Rating- One and a half stars

Liger is an insipid story which is all about martial arts, dreams and star crossed lovers. Liger (Vijay Devarakonda) whom his mother Balamani (Ramya Krishnan) describes as a crossbreed between a lion and tiger, is an MMA fighter who trains hard and rises up the ranks with one goal in mind, to fight like his idol, world renowned MMA fighter Mark Anderson and get noticed by him.

Hailing from Karimnagar in U.P and raising him on her own, she has moved to Mumbai to see him as an MMA national champion; the mother and son make ends meet by managing a tea stall.

He stutters non-stop and can land several punches in the time he strings together a sentence. They seek the help of an MMA coach (Ronit Roy), though they cannot afford the fee.

Tanya (Ananya Panday) is portrayed as a wealthy spoilt brat who desperately seeks social media attention, almost all the time clad irreverently in chaddi type of pants and gulping down wine or whisky at pubs, of course without getting drunk.

One of her friends suggests posting ‘hot’ videos to attract attention, while yet another suggests she lip-sync to M S Subbulakshmi’s rendition of Suprabatham. The dumb girl is game for anything that can get her traction. The heroine meets Liger and instantly falls for him though her father is a millionaire in the US.

The wafer thin plot of this predictable film is as old as the hills and archaic and with the exception of Vijay Devarakonda who infuses life into his depthless character fails to save the film from redemption as it is completely regressive right from the beginning till the end, with the hero calling the heroine a chudail.

The film has its more than enough share of fights and songs, besides long drawn bhashans which implore the viewers to be staunch desh bhakts.

Of course there are other standalone characters that pop in and out of the film which defies logic to the hilt, like Vish, who is Tanya’s brother, Makrand Deshpande, the gully goonda who disappears after a scene or two, and the character of her larger than life dad played by Chunky Pandey, who very conveniently agrees to sponsor Liger’s foreign trip to take part in MMA tournament on behalf of India.

Though Vijay dances with gay abandon an mouths patriotic lines with a flourish of his own, he does not get any chance to prove that he is a good actor, like he could in Arjun Reddy (Telugu)

The less said about Ananya Pandey, the better as she hams whenever she is on the screen though she looks cute and is lovable, while Ronit Roy is just about average. Ramya Krishnan does well but she ought to have screamed less whenever she gets the opportunity. 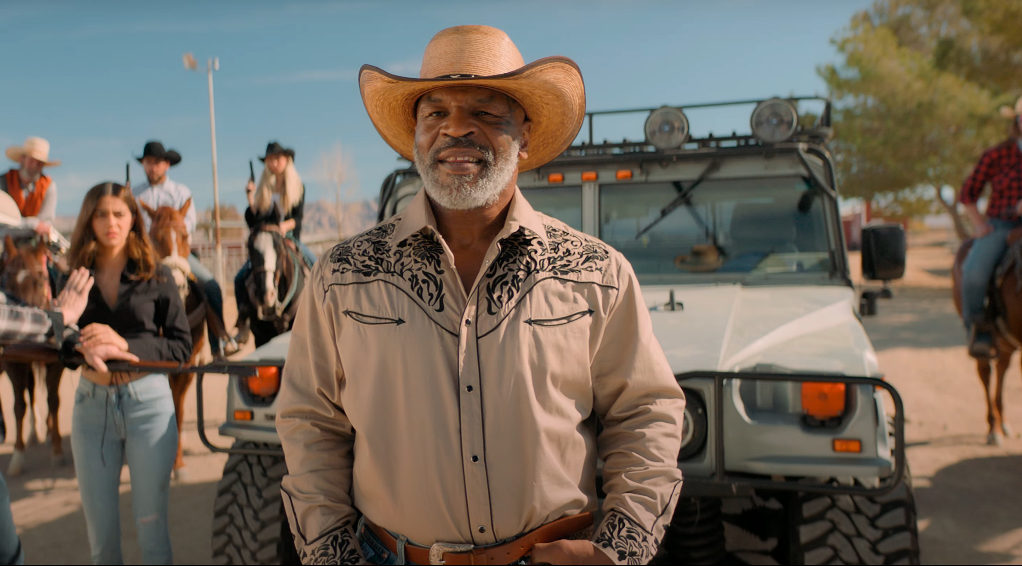 Mike Tyson overacts and hams in the cameo role of the fighter Mike Anderson. Vish does a good job as a debut actor as the antagonist. The film ought to have been made slicker with editing as it has a running time of 140 minutes

One wonders what on earth has gone wrong with Puri Jagannadh as a writer as well as a director, because there is nothing redeemable about the film which is nothing but apologetic right from the first frame till the last, with high decibels almost making you deaf, whether it is the fight scenes or for that matter the pub scenes. As Vijay says, as part of his dialogues, waat laga diya is film ne!

DID THE BOYCOTT LAL SINGH CHADDHA CAMPAIGN PUT A PLUG TO THE MAKING OF MOGHUL, THE BIOPIC ON GULSHAN KUMAR?