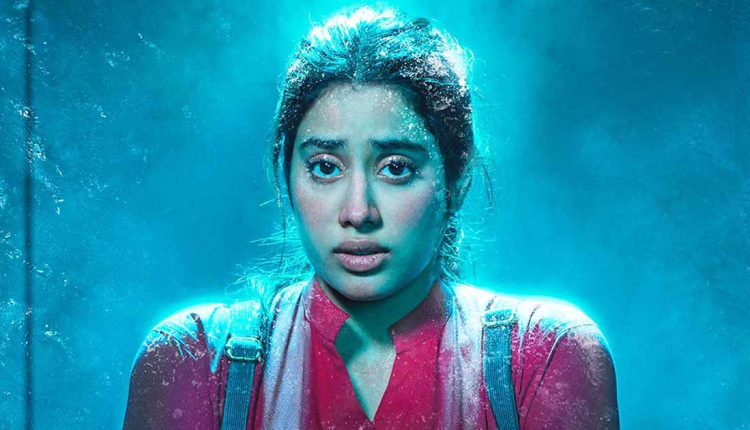 Honest to the Core!

The interesting film revolves around Mili Naudiyal (Janhvi Kapoor), a 24-year-old nursing graduate from Dehradun, who hopes to move to Canada for better prospects, until she lands herself in a very big as well as dangerous soup. Mili gets locked inside the walk-in freezer of a fast food joint where she is working and must do whatever it takes to survive this unusual death-trap. The film is about whether she is able to pull off the feat and escape in one piece after the traumatic experience inside the freezer.

The film, is a Hindi adaptation of Malayalam film ‘Helen’ (2019) made by the same director — Mathukutty Xavier but the story takes a long-winded road before getting to business and tries a bit too hard to incorporate moral policing in small towns, besides pesky cops, roadside Romeos etc.

As far as performances go, all that I can say is that Janhvi Kapoor is indeed a winner with her spirited performances already in films like Gunjan Saxena: The Kargil Girl, Zoya Akhtar’s segment in Ghost Stories and Good Luck Jerry, and now with Mili, Janhvi Kapoor pleasantly surprises us with her drive to dive into unknown territory as a comparative newcomer.

Dressed in modest and humble kurtis, as a Hindi speaking ordinary girl from Dehradun, she struggles to adapt and inhabit her surroundings. Manoj Pahwa deserves a lot of accolades as he is excellent as Mili’s loving and lonely dad while a slimmer Sunny Kaushal is likeable as Mili’s boyfriend Sameer, though he does not get to shoulder the weight of the film on his back. Vikram Kochcher is able to shed his usual comical look and demeanor and show a different versatile side of his.

Though given the space Mili falls in, you miss the character complexities that Danny Boyle encapsulated in his gut-churning slow-burn ‘127 Hours’ or Rajkummar Rao portrayed in ‘Trapped’, Mili is a honest effort by the original director who had made Helen even though in his attempt to translate from the original Malayalam to Hindi, the film lacks the nerve-wracking, gripping intensity that is most essential to this genre.

Written by Alfred Kurian Joseph and Noble Babu Thomas and director Mathukutty Xavier, Mili is not just a survival drama but a social commentary about how society looks at a particular woman and how it is quick to make judgments just because a street Romeo had earlier eve teased her, and a police officer also judges her character considering she was out with her boyfriend post-12 midnight.

Aishwarya Khare’s father put up a huge poster of her at their house in Bhopal to celebrate his daughter’s achievements!