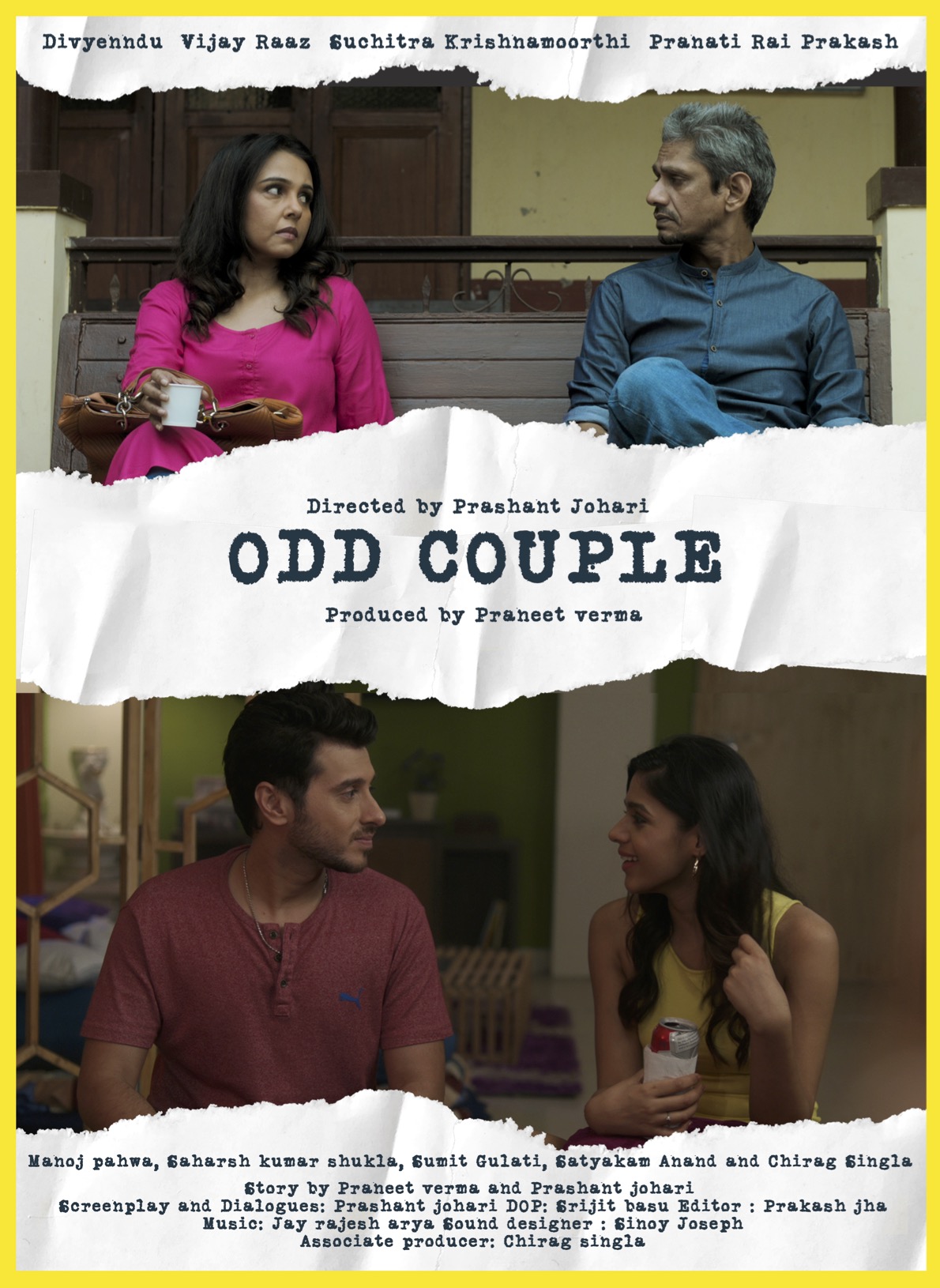 This gem of an unbelievable as well as illogical film is a sarcastic take on modern relationships, values and priorities in the midst of an exchange of marriage caused by a folly on the part of registration authorities.

How two couples manage to come out of this complex relationship mess emotionally unscathed after a clerical error at the marriage registrar’s office that leads to an unexpected twist in their lives. 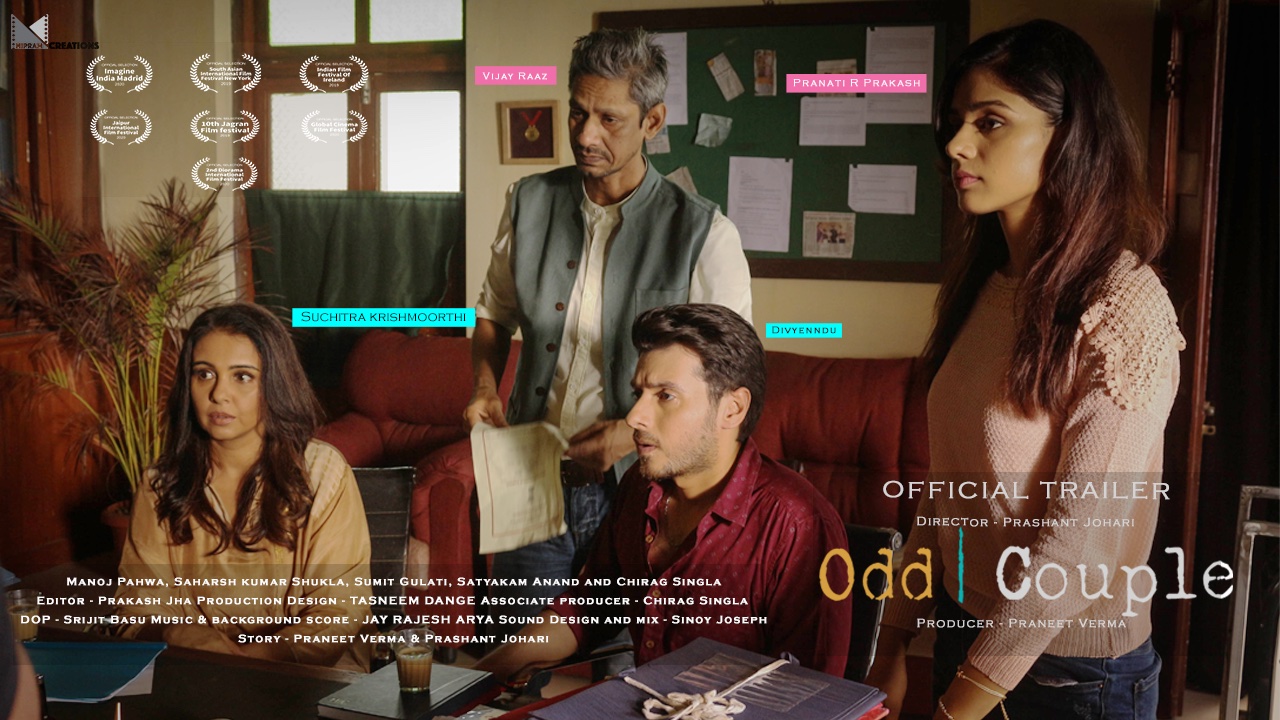 The odd ball story which has a modern quotient speaks about their oddness and evenness towards age differences, love & life, cosmos, and uncertainty in life with that event of Freudian slip.

The best thing about the film is that it doesn’t go overboard with the melodrama or become preachy about the obvious wrongs which tend to happen often in our society.

Piyush a young guy is living-in with his girlfriend Nivedita in the same building, as a middle-aged divorced woman also named Nivedita.

Despite being neighbours they are not acquainted, but when older Nivedita’s former husband Yogesh returns from Germany and asks her to re-marry her, their odd destinies collide. 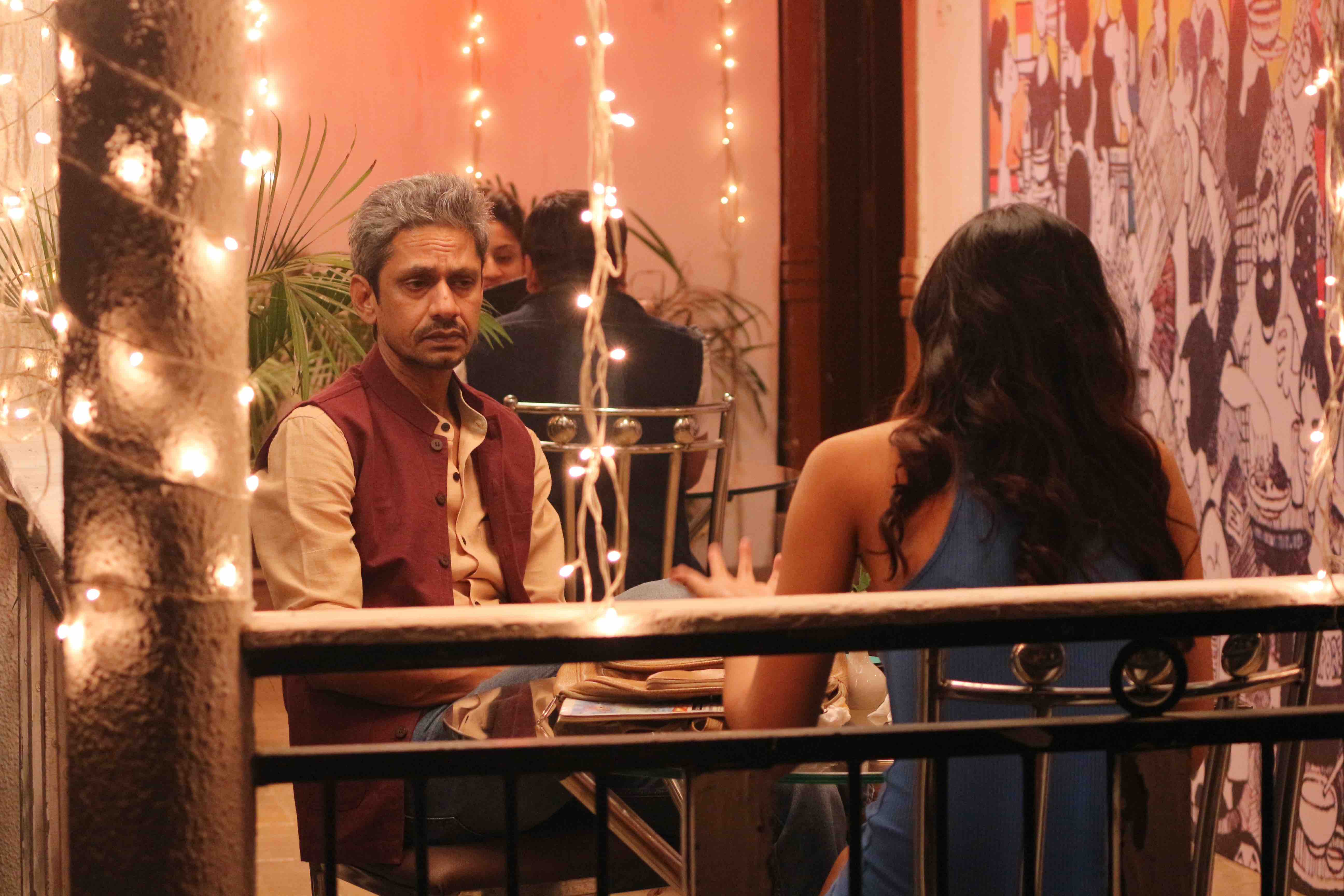 The similarity in their names and addresses creates a unusually complex mix-up but the real problem begins when the four of them start working towards the solution.

Vijay Raaz has been aptly cast as a forever brooding eccentric painter, while Suchitra Krishnamoorthi, who is seen after a long time in films, is likeable as a sorted and independent urban modern woman, who is in touch with her reality. Divyendu Sharma is endearing with his Bihari accent, which unusually goes missing when he speaks in English.

Pranati Rai Prakash’s performance is just about okay while Manoj Pahwa is simply hilarious, and brings good comic relief as a marriage registrar who goofs up.

On the whole, this gem of a little film which reminds you of Basu Chatterjee’s works of yore, is a film with a slow pace and zilch screenplay but at the same time, I’d say that it is a delightful one time watch, though at times the subject seems to be too repetitive, with a slow pace and requires slick editing

Mreenal Deshraj: The landscape of the industry is changing but the old school rule of grabbing audiences is still the only principle leading the change