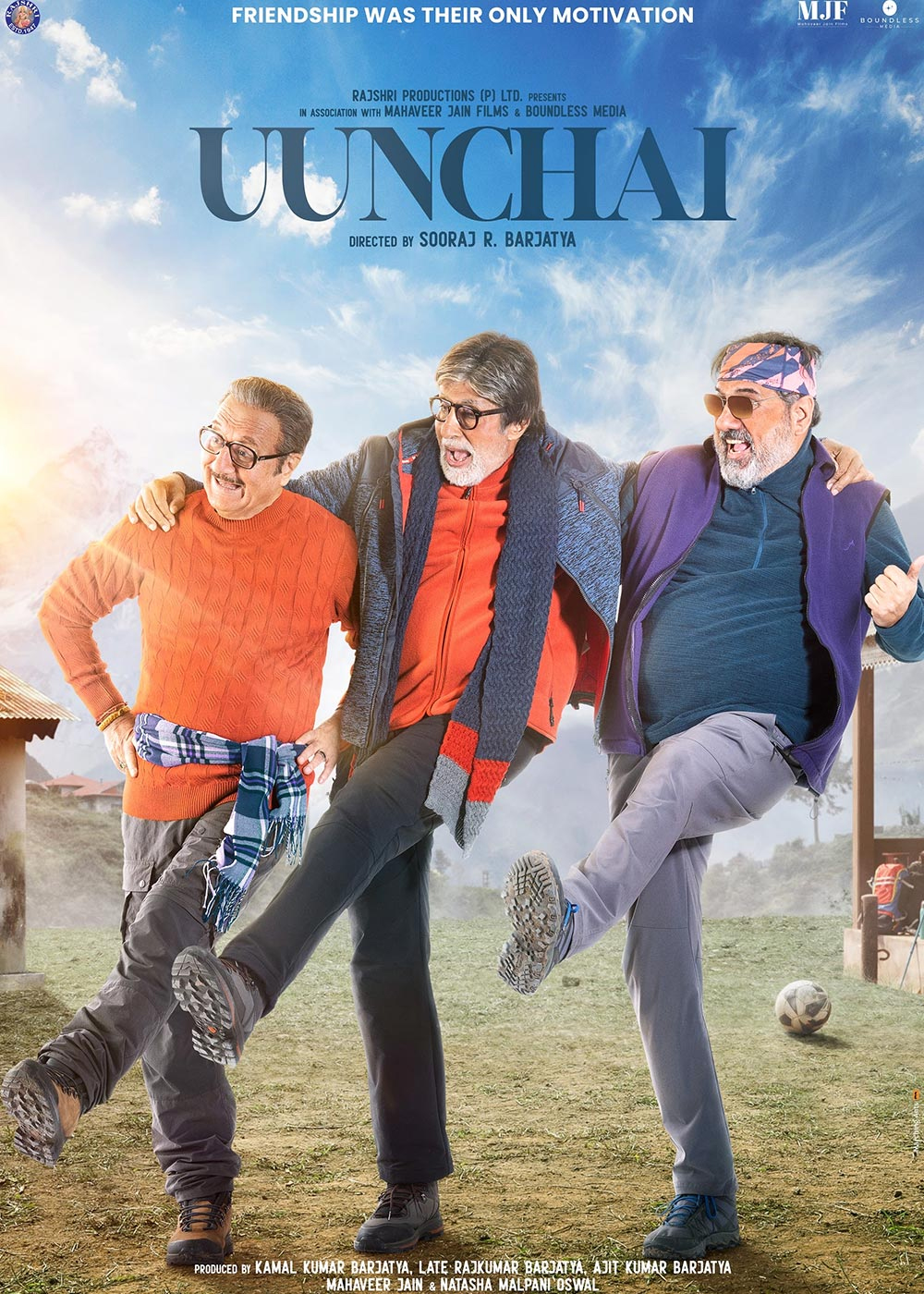 This film with an ensemble star cast revolves around four dear friends who are on the cusp of official retirement age in India sharing a beautiful bond of friendship. It is about three close and thick friends who decide to take a trek to the Everest Base Camp. The simple trek turns out to be a personal, emotional and spiritual journey as they battle their physical limitations and discover the true meaning of freedom.

One of the friends, played by Danny Denzongpa, always dreams of scaling the heights of Mount Everest and conveys his feelings to the gang. However, before they all can take any action, the character played by Denzongpa dies, which sets in motion the ultimate journey of the other three friends to defeat the odds and train to scale Mount Everest and give a fitting farewell to their deceased friend.

Unlike other Sooraj Barjatya films which revolve around pomp and splendour in wedding ceremonies and a lot of relatives, the film is brilliantly set out to showcase friendship as one of those rare bonds that can motivate you to achieve the rarest feat at times. With a master stroke, he navigates certain portions of the film brilliantly in such a manner that you will get Goosebumps, proving that he is a task master as far as extracting emotion from the audience is concerned. The best thing about the way he has directed it is the fact that he has not let the film  seem like an insipid documentary

I must say that Amitabh Bachchan is, as usual brilliant, though I had my own concern whether he would be able to have the stamina and energy to do the kind of feats that he is expected to do in this adventure film but he manages tom surpass your expectations with a lot of finesse and lends his character a certain extra dimension.

Danny Denzongpa, who appears in a film after a long time is simply superb in the film, which sees his friends fulfilling his dream and conviction which motivates his friends a lot. Also contrary to my expectations Parineeta Chopra excels in her role as the instructor who helps the trio of friends Amitabh, Boman and Anupam to prepare for their Mount Everest expedition. Boman Irani and Anupam Kher who are always known to be true to their roles and give an extra edge to their performances, are equally as good as Amitabh Bachchan in this flick. Especially Anupam Kher, who plays the role of Om Sharma who is the owner of a book shop in old Delhi. Om Sharma is not only an old fashioned guy but also a little irritable. When things lead him to a point when he is confronted, he discovers his own courage. Neena Gupta is also fantastic in her role as Boman Irani’s the docile housewife Samina.

In short, to sum up, I would concede that the film is brilliant and showcases friendship as one of those bonds that can motivate you to achieve the impossible at times, provided you have the will as well as the impetus.