Read on to know the reason behind!

The nation is eagerly waiting for the release of the most awaited movie of the year Sanju. Ranbir Kapoor is playing the central character of the movie and will portray various stages of Sanjay Dutt’s life in the movie. The actor has already amazed everyone with his transformation of look for the movie and now when it’s just less than 10 days for the movie to hit the theatre, he is trying his best to keep all the audience attention towards his movie. 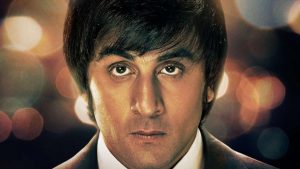 Ranbir has revealed some unknown secrets about Sanjay Dutt, whether it is from the sets of Sanju or from his personal experience. He disclosed that how he has been a Sanjay Dutt fan from when he first learned about Bollywood fandom.

According to a leading daily, he said, “Of course, he’s very close to the family. He treats me like a younger brother and spoils me with many gifts as well as a lot of love. He gave me a Harley Davidson motorcycle for my birthday. He used to pick me up for a drive in his Ferrari late in the night.”

For the first few months, Ranbir’s father Rishi Kapoor was unaware about the bike but when he found out all hell broke lose. Rishi was not happy with the situation and blasted on Sanjay Dutt for spoiling his son.

“I remember I had to hide it from Papa for a long time as he doesn’t like bikes. When he found out that Sanjay sir had gifted me one, he called him and fired him. He told him, ‘Stop spoiling my son, ‘isko tere jaisa mat bana.’ But now, he’s aware that I have the bike. It is one of my most prized possessions,” he added.

Sanju is set to hit theatres on June 29.

GOLD : HERE’S WHEN THE TRAILER OF AKSHAY KUMAR STARRER WILL BE OUT