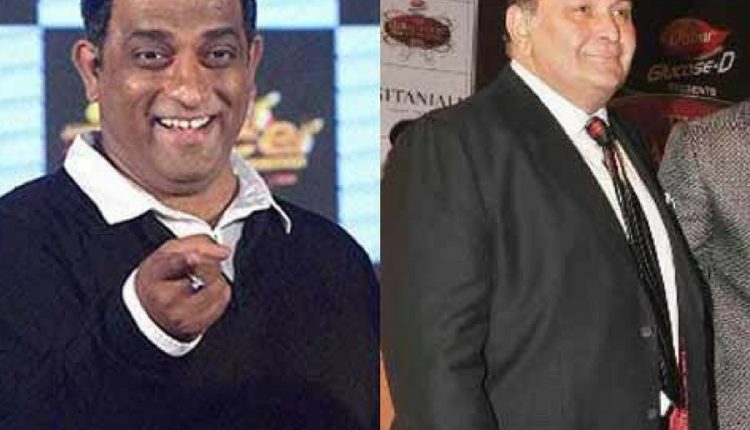 When it comes to yesteryears’ superstar Rishi Kapoor, what you see is what you get. The actor has been in and out of news for his oh-so-famous Twitter rants and he made it to the headlines again, this time for slamming the film-maker behind son Ranbir’s latest venture, Jagga Jasoos. After Jagga Jasoos tanked at the box office, the Bobby star slammed the director, calling him irresponsible and also went on to slam music composer Pritam.

“Till Wednesday, Anurag Basu was still mixing the film. Can you imagine that? Pritam [composer] probably delivered the music only a week before. What can you say? You (here, Basu) don’t take an opinion from anybody. They don’t show their films before release to take opinions, and treat it as though they’re making a nuclear bomb.” he said.

He also blamed the director for the several delays and said, “I didn’t hate or love the film. I only felt it needed to be abridged by 20 minutes. But who is going to give that opinion to them? I totally agree with Ekta Kapoor when she threw him out from her film. He had problems with Rakesh Roshan while working on Kites (2010). He’s such an irresponsible director that he doesn’t complete the film. It was supposed to release three times in the past two years, but it kept getting delayed.”

When the Kapoor & Sons star was asked about why the film didn’t release in international markets on time, Rishi again blamed Basu’s delays. “It did not release in Singapore because you have to deliver it five days in advance. It did not release in the Gulf on Thursday because it was only delivered to them on Thursday. This is unreasonable and irresponsible,” he said.

“You may be the biggest director in the world but nobody would like to work with you because you are irresponsible. There is somebody else’s money involved in this. I trusted you, and this is what you give us? Ranbir hasn’t held back on spending money on it. You even threw Govinda out of the film. If you don’t want Govinda to work in your film, why did you ask him in the first place?”, the actor lashed out.

Jagga Jasoos released on July 14 and according to a Forbes report, the film recorded one of the worst Friday-to-Friday drops of all time, plummeting 85% on its second Friday.

Well, it seems Rishi Kapoor has a point over here and this time, the lashing out could be justifiable!

18 MOVIE TITLES THAT COMPLETELY SUM UP YOUR S** LIFE