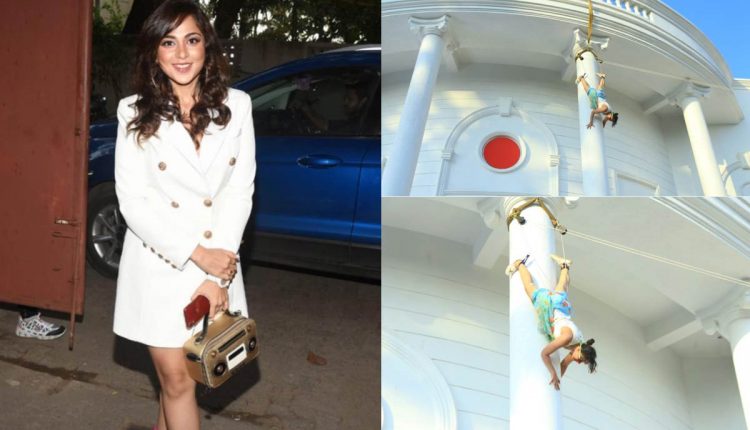 “When I was told by Farhad Samji sir, my director a day before that I have to climb up the pillar & come down crawling I thought he was kidding with me as always so I just said ok n laughed it off until they actually harnessed me they next day & made me do it for real” says Saba who performed her own stunts in Alt Balaji’s new show Booo-Sabki Phategi.

To her surprise, Saba completed the stunt & received a standing ovation & applause from the entire unit present “I wouldn’t say it was easy. Infact the stunt became all the more difficult because I was wearing lenses for my zombie look which is why my vision had gone blur, but Farhad Samji sir n Sanjay Mishra sir encouraged & motivated me to go ahead so finally I was done in my third take. After it was done Tusshar asked me how I felt & my answer was liberated. Farhad Samji sir personally thanked me & called me brave to complete the stunt which is only  done by professionals”