Sajid Nadiadwala’s Housefull 4 recently kicked off its second schedule in Rajasthan. During the previous shoot in Ranthambore, the filmmaker and Riteish Deshmukh, were seen playing their longest game of chess, which went on over two days! The duo is so fond of playing this brainy game that the production team always carries a chess set whenever the two are around.“ It has been a ritual to play when they are shooting ever since the inception of the Housefull franchise. However, this time around, they played the longest game anyone of us has ever seen. They were seen getting out the chess board during breaks and even late into the night post the shoot. One game continued for over two days, but the rule is that after 50 moves, the match is a draw and that’s what happened when these two pitted their minds against each other.Incidentally, it was after three decades that Nadiadwala was visiting the desert state. Sajid was stationed in Rajasthan when he was an AD on the sets of JP Dutta’s Ghulami (1985). Currently, Housefull 4 is being shot in Jaisalmer and Sajid will soon be joining them there, too.” Looks like Riteish and he will be seen racking their brains for anothermarathon round of chess!

The Inca Dj Of The Decade Award For Dj Akbar Sami 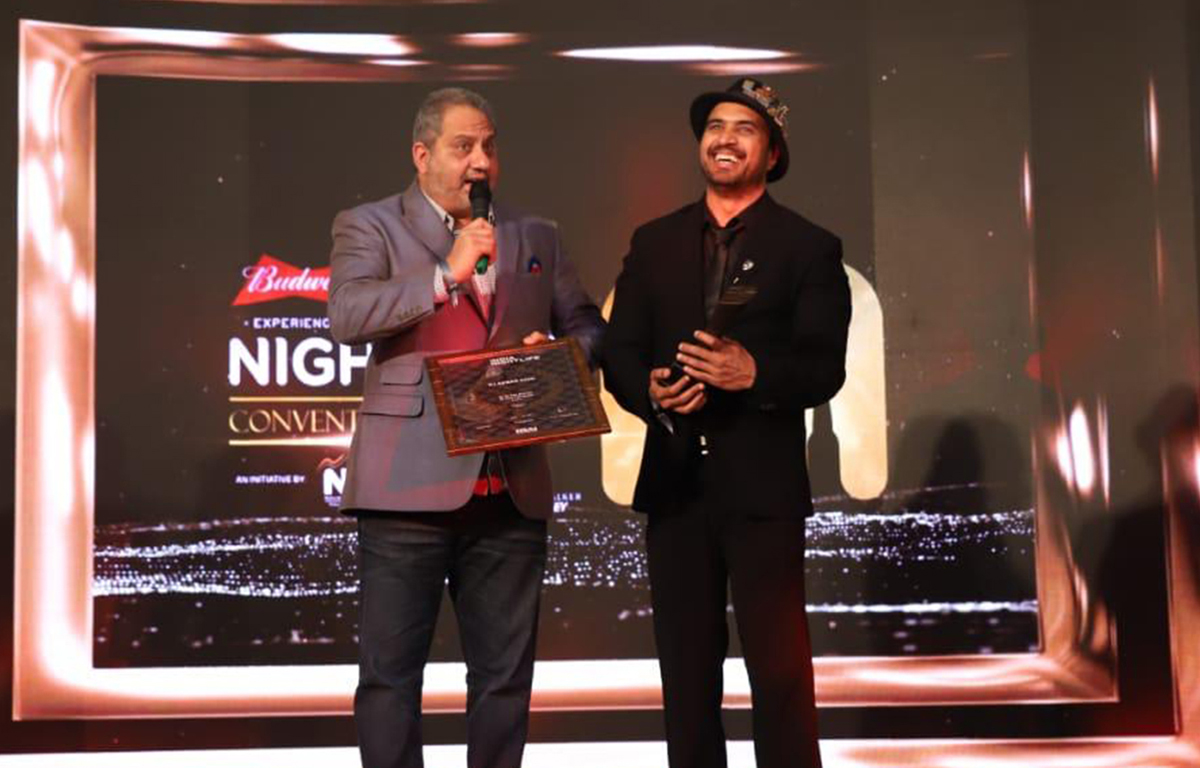 Awards and accolades aren’t new to DJ Akbar Sami, who has earlier won the All Asian DJ Championship, The DJ Awards and Channel V’s Best Indian Club DJ et al, has been recently honoured with the DJ OF The Decade Award at the INCA 2018 [India Nightlife Convention And Awards] at a glittering function in New Delhi. There has been no looking back for the ace DJ who draws his inspiration from musicians like Ray Charles, Prince, Marvin Gaye, James Brown, Aretha Franklin, Bob Marley, Stevie Wonder, Ghulam Ali, Pandit Hari Prasad, Nusrat Fateh Ali, Mehdi Hassan & Quincy Jones etc. Choreographer turned disc jockey, Akbar Sami, best known for remix albums like Jalwa, Jalwa II, Jadoo among others, quips  “This award takes me back in time when I had started struggling… the time when there was no Facebook, not much media either and no downloads. It was a very difficult phase for your existence in the entertainment business. ” Sami debuted as a singer in 2018 with the remake of the evergreen song, “Kabhi Kabhi Mere Dil Mein…” and he is the only DJ to have been featured on Indian Idol. Sami divulges,” I’ve also started a film company called Running Water Films that happened to produce my first song as a singer, Kabhi Kabhi. And now, we have two films in the pipeline, ‘Patangbaaz’ and an untitled sports film”