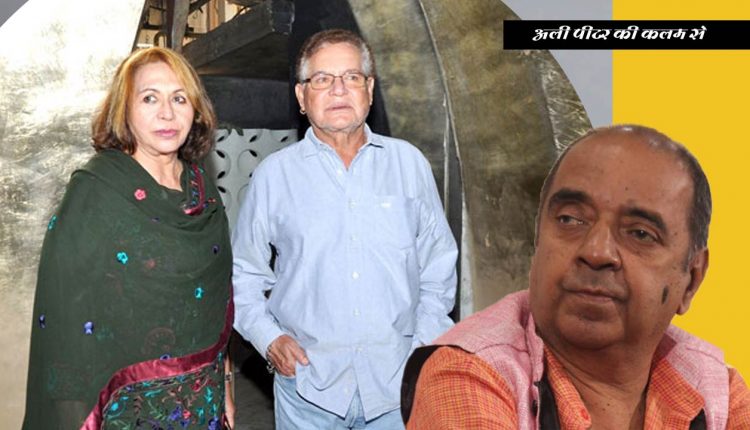 It was the mid-sixties and was a time when some of the most outstanding films which were later to be known as classics and cult films were being made. Vijay Anand’s“Teesri Manzil”which he produced for Nasir Husain (the uncle of Aamir Khan) was one of them. Like it happened mostly in the case of the Anand brothers, Dev and Vijay Anand, it was Dev Anand who was to play the leading man, but there were some last minute problems and Shammi Kapoor was chosen to play the hero opposite Asha Parekh, which was to give Shammi Kapoor a new lease of life and the film also made R.D Burman a composer who was creating some kind of a revolution in the world of Hindi film music.

Helen who was at the peak of her career as the star-dancer was also one of the highlights of the film and a young and handsome, but struggling actor called Salim Khan who was known as Prince Salim was one of the character actors.

The film took its own time to make and the way Vijay Anand was shooting it sent out signals that there was a big surprise in store for all lovers of Hindi films. 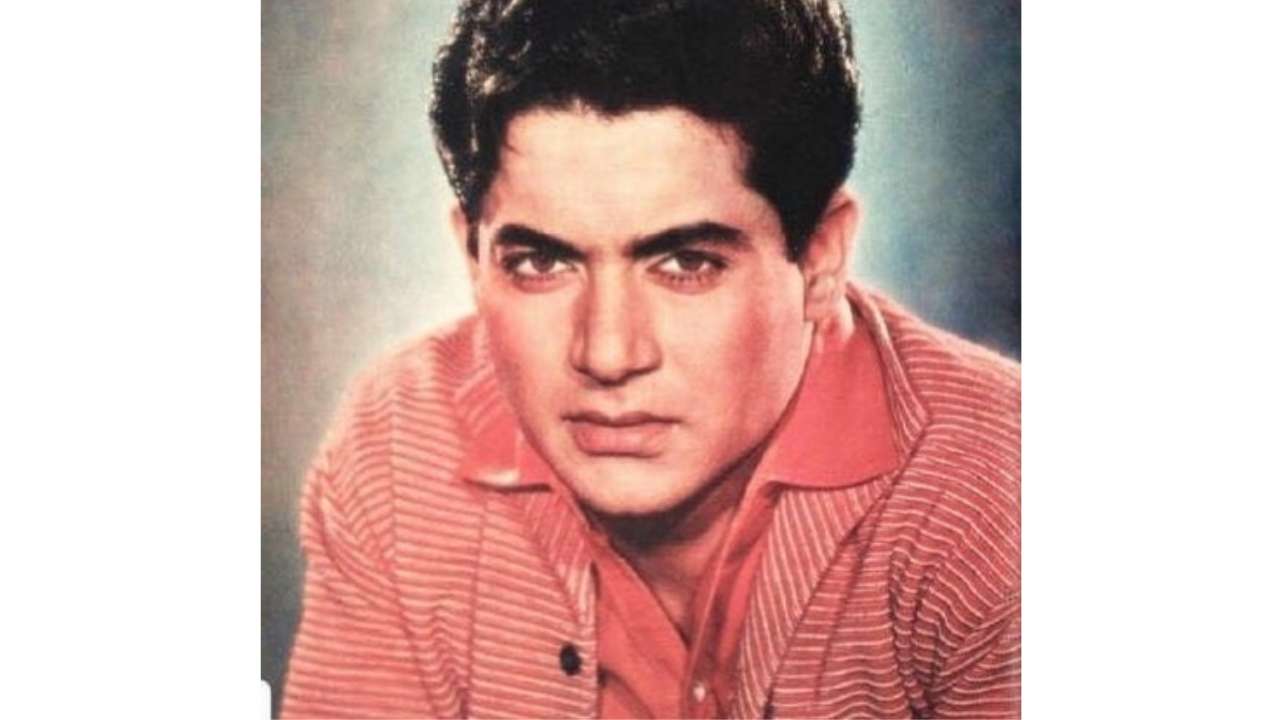 It was during the shooting of the film that an entirely unexpected love story was taking shape. Helen and the Prince were slowly falling in love in spite of all the odds against them. The Prince was from an orthodox Muslim family from Indore who had come to Bombay to make it as a star but was finding it difficult and was getting on by playing small character roles. Helen who was a refugee who had crossed over when she was only four years old and had survived several hurdles in her way. She had found a“godfather”in a producer called P.N Arora who is said to have treated her like one of his treasured possessions and Helen who was living in style in an apartment opposite the Sophia College for girls, was however not happy with life and found happiness in the company of Prince Salim….

The table of destiny however changed. Helen was on her way down while Prince Salim had joined the Story Department of Sippy Films where he found a poet called Javed Akhtar, they formed a team of writers and created history, But the love story of the Prince and his Helen of a thousand dances continued. Salim was a married man (he had married a Hindu woman who he got converted and named Salma) and they had three sons, Salman, Arbaaz and Sohail. Salim wanted to bring Helen into the family but it was not so easy. He however found her an apartment close to Galaxy Apartments which has been the house of his family for almost forty years or more. 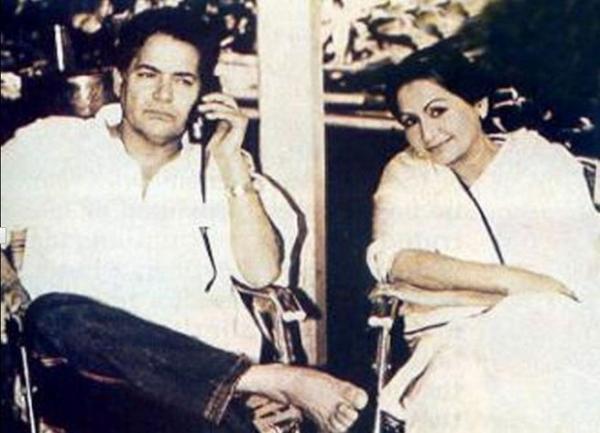 When Salim realised that it was time to do justice to his love for Helen, he decided to have a meeting with his entire family and asked them if they had any problems if he brought Helen home as his second wife and the stepmother of his children. There was some initial shock, but soon things were normal and Helen entered Galaxy Apartments with all the love and respect. She has been a part of the family for several years now and Salma and all the children have whole-heartedly accepted her as a part of the family and she is honourably known as Padmashri Mrs Helen Khan. She has been out of action for quite sometime and the last time she was seen in films like Sanjay Leela Bhansali’s first film as a director,“Khamoshi–The Musical”and Ramesh Sippy’s only big flop with Amitabh Bachchan,“Akayla”, Bhansali’s“Hum Dil De Chuke Sanam”in which she played Salman’s mother and then in the Akshay Kumar and Katrina Kaif starrer,“Humko Deewana Kar Gaye”…. 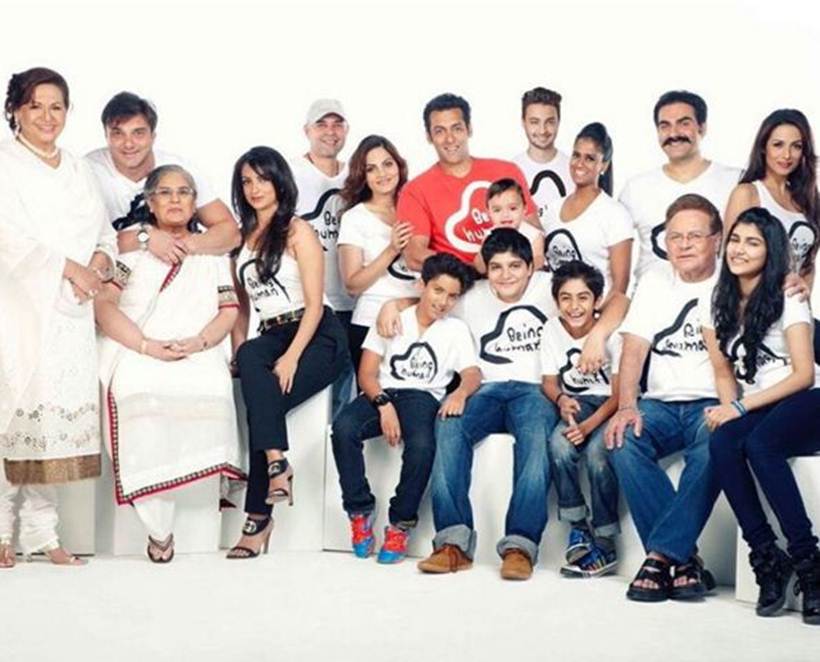 She then called it quits from films and settled down to a peaceful life with her family and some friends like Asha Parekh and Waheeda Rehman who is a neighbour of the Khans, living in her bungalow in Mumbai,“Saahil”when she has work in Mumbai because otherwise her home is on Bannerghatta Road in Bengaluru. She is eighty now and what a life it has been for this extraordinary woman who has danced her way through a life which has been a dance of several ups and some very hard downs….

She has been keeping away from the limelight for quite some time and at times but even her husband Salim can ask her to go to any public function. The one-time I saw her in public was when The MAMI Festival decided to present her with a lifetime achievement award and if I remember right, she may have attended one more event where she had to accept another lifetime achievement award…. 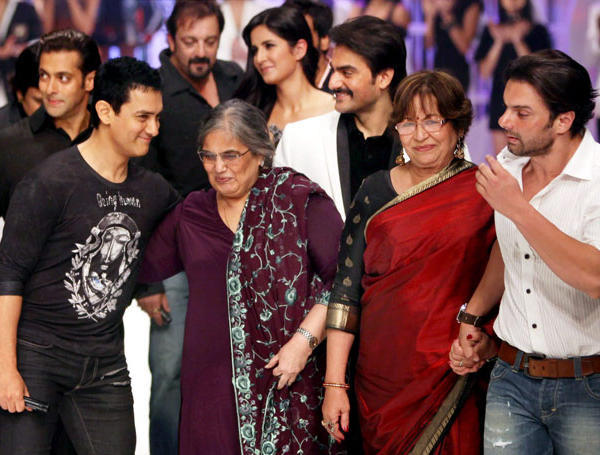 But, this one time, both Salim and Helen cannot miss an event which was started by the Nightingale of India, Bharat Ratna Lata Mangeshkar in honour of her father, Pandit Deenanath Mangeshkar almost seventy years ago and is now being followed by her brother, Pandit Hridaynath Mangeshkar. On April 24, the Pandit Deenanath Mangeshkar Pratishtaan will present its annual lifetime achievement award jointly to Salim Khan and Helen Khan. It will be the first time that this rare couple will share the stage at the Shanmukhananda Auditorium and also share the same prestigious award. It would have been a greater occasion to celebrate if the Nightingale had to be present at the function, but she has not been attending her own function since the last three years, but has taped a video congratulating this amazing couple….

Incidentally, the Nightingale who will be ninety in September has not moved out of her house in Prabhu Kunj where she has been living for more than sixty years, but still keeps in touch with the latest trends in music. 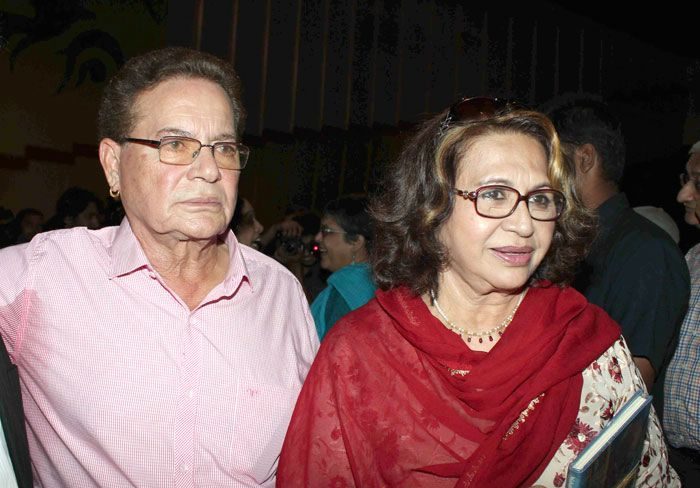 Will Salman, Arbaaz, Sohail or their sisters Alvira and Arpita attend this once-in-a way function to honour their father and mother who they call“mummy”? That is the question being asked by all those who attend this great function which has always been in a class of its own, specially organised by my very close friend, Mr Avinash Prabhawalkar who has his own cultural organisations, Hridayesh Arts (inspired by the name of Hridaynath Mangeshkar who is a very close friend of Mr Prabhawalkar. The auditorium is sure to be packed to capacity on that auspicious evening, but will it be the same without the presence of the Nightingale? And wouldn’t Salim and Helen feel very emotional about missing the Nightingale like even Amitabh Bachchan felt when he had to recieve the same award and had come with Jaya in the hope of recieving the award from her and to Amitabh’s disappointment had to recieve what they considered their very special award without her being in the large and excited audience?