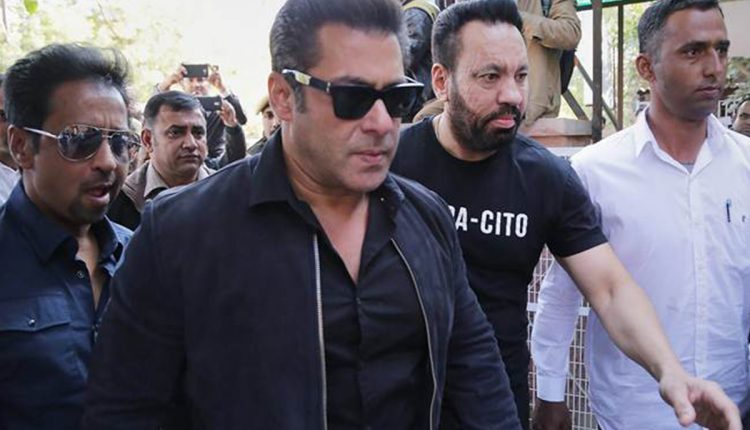 Tiger Zinda Hai actor Salman Khan appeared in a court in Jodhpur on Thursday during final arguments for the case against him of the alleged poaching of two blackbucks in village Kankani on October 2, 1998.  He was present in the court of the chief judicial magistrate (CJM), Jodhpur rural, for nearly half-an-hour, during which his counsel, Hastimal Saraswat, questioned the statements of the eyewitness in the case. The final arguments in the case began in the trial court on September 13.

According to the reports in a leading daily Hastimal Saraswat said, “We told the court that the prosecution had recorded statements of eyewitness Poonamchand under the conspiracy. After the alleged incident of poaching, then the investigating officer recorded the statements of Poonamchand in the presence of Salman. It was also videographed, but in videography, there is a difference in the verbal statement of eyewitness and in written statements.”

Saraswat pleaded, “We have also seen videography in the court today (Thursday), in which the eyewitness Poonamchand is seen signing blank papers, which shows that Salman Khan has been falsely implicated in this case. We have also demanded action from the court in the matter of preparing false evidence against the then investigating officer.”

PRATEIK BABBAR TO GET ENGAGED IN JANUARY