SALMAN KHAN TO BE SEEN IN DUAL ROLE IN RACE 3

After a lot of hide and seek, Race 3 trailer got released and its breaking the internet. The trailer is getting mixed response from the viewers. The movie seems to be high on action, but apart from complete action, Race franchise is known for its gripping storyline and twisted climax and its third part will be no exception. Race 3 is all set to release on June 15 and in order to keep the climax part under wraps, the team has a brilliant strategy. 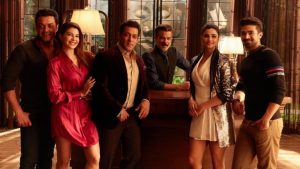 There were news that Race 3 team will be shooting multiple endings so that no one knows which scene will be incorporated in the film and now recent buzz suggests that Salman will have a double role in one of the multiple endings. Race franchise is known for it’s unexpected twists and turns and its third part is also taking shocking turns. 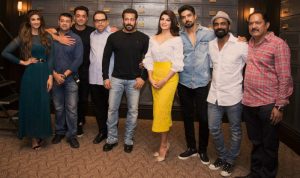 Just like others we are also eagerly waiting to know the exact climax of the movie and for that we have to wait till the release date that is 15 June.

SANJU TRAILER REVIEW : HE WAS A BAD MAN BUT NOT A TERRORIST