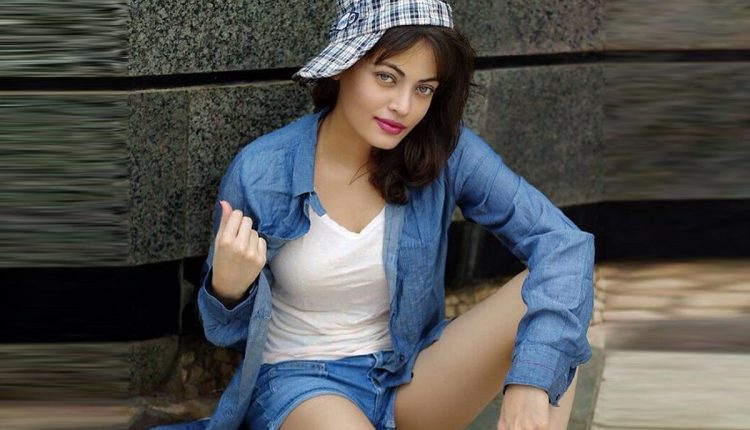 Sneha Ullal plans to start her own business in making perfume and also plans to go behind cameras…..Read to know which actor smells the nicest for Sneha …In Bollywood and Tollywood

Sneha Ullal may have started her bollywood stint in 2005 opposite Salman  Khan in a film titled ,’ Lucky No Time for love.’ After that she did a film ,’ Aryan “ with Sohail Khan ,this film, flopped at the B .O.So  thereafter she turned  her attention to South Telugu films.,’ Ullasamga Ullasamga” and her second film,” Nenu Meeku Telusa” and “King” opposite Nagarujana.Well! Sneha Ullal has plans to work behind the cameras now as well turnings producer for two things –Viz investing in making perfumes and films on Netflix –Amazon with good women oriented subjects.

Beginning in Perfume production this is what Sneha Ullal has to say,” she says,” “Yes I am starting a brand …it’s called Fasih perfume.I am the brand face of this Fasih perfume as well. I never ventured into being a brand face this has been extremely lucky. I am also venturing into producing perfume myself. None of us know how perfumes are made so getting into this business is really interesting. Yes I will be investing money as well .Making perfumes is an expensive business. People know me well in the Middle East as I am born and bred out there. When MD.Sohrab Ali came to me to be the Global Brand I then decided to visit their factory and be able to learn and see as to how perfumes are made. It is extremely an interesting process. I have learned certain technical nuances’ how to made perfumes. I have always loved perfumes. So finally I have decided invest in perfume making business.”

Is it because Sneha has not many films in her plate she is plans to go behind the cameras? No its not so. Acting happened to me perchance. I never wanted to be known as that pretty green eyed girl. Just eing dolled up and being glamed up was not that I wished. Also I always wished to do something creatively I don’t believe in exposing women at all. I am a strong   feminist. I have never talked ill about my female peers.  I have always supported them thus the content that I am planning to produce and direct is talking about up gradation of women. I will be directing and acting in it as well. The subject s is dark and hard hitting one. It will definitely be in English and Hindi. I am comfortable in English though. I need to sell the product thus in both the languages.”

Lastly, having worked with Salman Khan and big wigs from the South industry since Sneha feels while working in a film you always prefer your heroes to smell good and so we could not resist and asked her which of your heroes smell[perfume] did you loved the most? Pat comes the reply,’ Salman Khan smelled [perfume] the nicest I worked with Salman , Sohail and Shreyas Talpade …though I do not remember the perfume smell of Shreyas. But yes! Salman Khan [perfume] smelt the nicest .Fortunately; he is one actor who can afford good as well expensive brand. I am forgetting the name of the perfume that he would wear. I have gifted Salman perfumes on his birthday simply because I have a fetish about perfumes so I always feel I should also get a return gift of perfumes only.” Smiles.

And down South Sneha feels Allu Arjun [Bunny] smelt the best..I mean the perfume that he wears not otherwise.” She concludes

For New Hero Tushar Pandey, Being A Part Of The Rajshri Legacy Is A Dream Come True