Fire, debt, disease and enemy if not destroyed in time,will again raise their head. Dashing Rocky destroyed his enemies who wanted to finish off his very existence, his family and his love.‘Rocky’is being released soon. Paperdoll Entertainment presented and Seven Seas and Dream weaver productions movie ‘Rocky’, had it’s thrilling trailer released by well known choreographer‘Ahmed Khan’. For the first time an action-packed thriller‘Rocky’is produced in the Marathi Film Industry.

Soon after the release of the poster of ‘Rocky’, there was a great curiosity about the hero with such a shredded physique. There was a lot of discussion about this in film circles. With the release of the trailer the mystery is solved.‘Sandeep Salve’ is the rugged but handsome‘Rocky’.He said that he will be meeting the audience as the protagonist of the film. Sandeep Salve said nothing could be more joyful and satisfying than making a grand entry on his debut in such an action packed film. Rahul Deo, well known actor from the Hindi film industry, believed that movie with its well package daction, emotion, drama andromance, would be well received by the movie lovers. Assistant director of Baghi-2, ‘Adnan A. Shaikh’ makes his debut in the Marathi film industry with ‘Rocky’. He said that he was fortunate in getting a chance to direct a beautiful work of art. We’ll seethe struggle of adashing young youth ‘Rocky’, fighting for his family and his love. 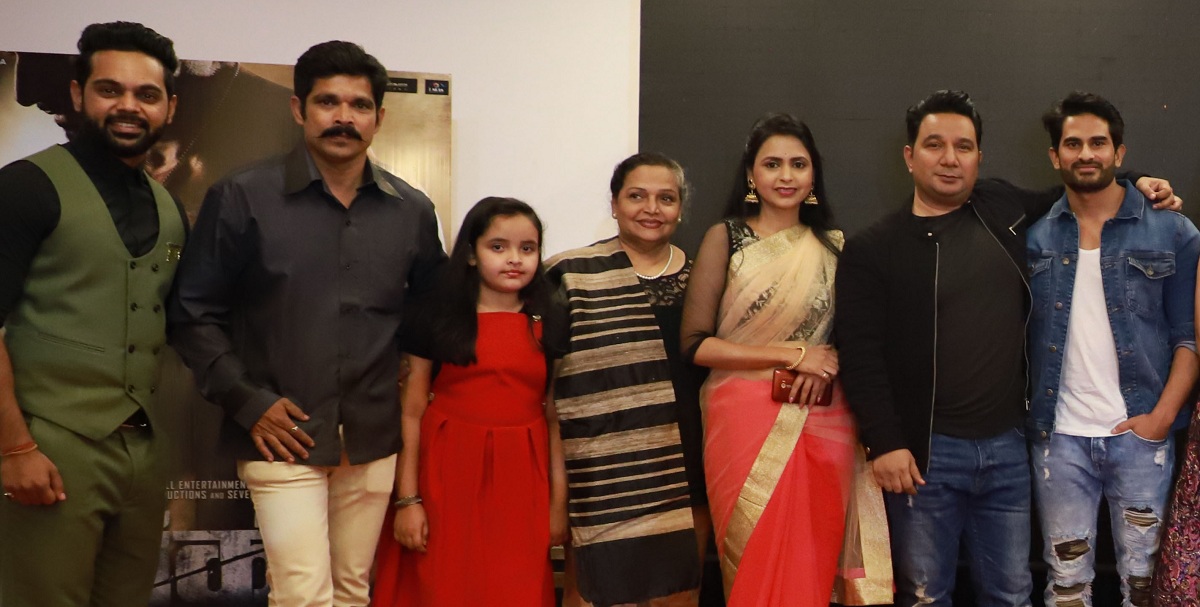 The producers of this film are Prashant Tripathi, Manesh Desai, Nitin Shilkar and Himanshu Ashar,and the director is ‘Adnan A. Shaikh’. The story is written by ‘Adnan A. Shaikh’ and Vihar Ghag, the dialogues are by Aditya Halbe. The screenplay is by ‘Adnan A. Shaikh’. The cinematography is by Farooq Khan. Rahul Raut, Mandar Cholkar, Jai Atre, Sachin Pathak and Sandeep Patil have written the lyrics and set to music by Sameer Sapthiskar and Wasim Sadani. Well known singers from the Hindi and Marathi film industry Anand Shinde, Avadhut Gupte, Swapnil Bandodkar, Javed Ali, Palak Muchal, Geet Sagar and Jyotika Tangri have sung the songs. Sunita Tripathi is the executive producer of the film.

Kangana Ranaut from special Screening of Manikarnika organised for kids

“BHAKHARWADI HAS EMOTIONS, DRAMA AND IS LAYERED FULL OF HUMOUR; MAKING IT VERY RELATABLE”

Exclusive: After the success of ‘Ti and Ti’ and ‘Well Done Baby’, The Production…