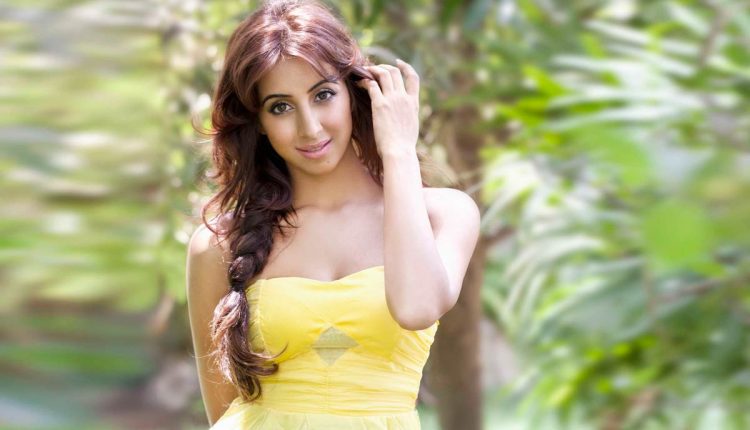 Sanjjanaa Galrani is a versatile multilingual South Indian actress, who has worked in more than 60 TV commercials as a model before she turned an actress and worked in feature films with many South Indian superstars like Pawan Kalyan, Prabhas Raju, Puri Jagannadh, Mohanlal, Mamooty,Darshan , Shivrajkumar etc across the South. She is a Yoga activist on the social front, & a fitness freak, who is now currently working in a mega budget women centric venture titled Swarnakhadgham. Sanjjanaa Galrani is a trained acro Yoga expert, MMA boxer, sword fighter & horse rider, who is acting in the film produced by the producers of Baahubali “arka-media”. Swarnakhadgham is on air in 3 languages on Indian television, shot in Telugu originally and on air currently in E TV Telugu , Colours Bangla , Colours Odia . Swarnakhadgham is a weekend show, 100 episodes have already gone on air of this big budget show and it is a journey of 160 episodes.

Sanjjjanaa is excited about having signed a new Tamil film titled Boxer, the mahurat of which was held on 21st June 2019 on Friday in Chennai at La studios. “I am officially debuting in the Tamil film industry , I’m playing a boxer in the film , it’s a highly performance oriented role , I am playing a very pivotal role , very happy to be launched in such a big production & a film for which Arun Vijay has really worked very hard on his physique , playing a woman centric role of a warrior , being trained in horse riding , sword fighting & boxing/ MMA as a professional and maintaining high-level looks fitness has really helped me coming a long way in the film industry , I loved the narration given to me by director Vivek Kannan  I am going to be seen in a never before seen avatar specially in few sequences .

I’m also awaiting the release of my Tamil Web Series Aivar season 1, which will come on air on the Sony live application soon as the trailer has already been launched two weeks ago at a grand press meet.”I have 2 Kannada films in the pipe line this year in the release titled Mathay Mathay & Muthukumar & Swarnakhadgham my women centric show on air on E TV Telugu. It’s been a great year of new opportunities and I’m happy to have added Tamil cinema as a new language of industry to be foraying into”, signs off pretty Sanjjanaa.

Aazaad To Come Up With His Ambitious Sanskrit Film Aham Brahmasmi

The First Look Of Bad Man: The Story Of Gulshan Grover’s Life